Cleveland Browns running back Nick Chubb left his team's game vs. the Dallas Cowboys with a knee injury on Sunday. 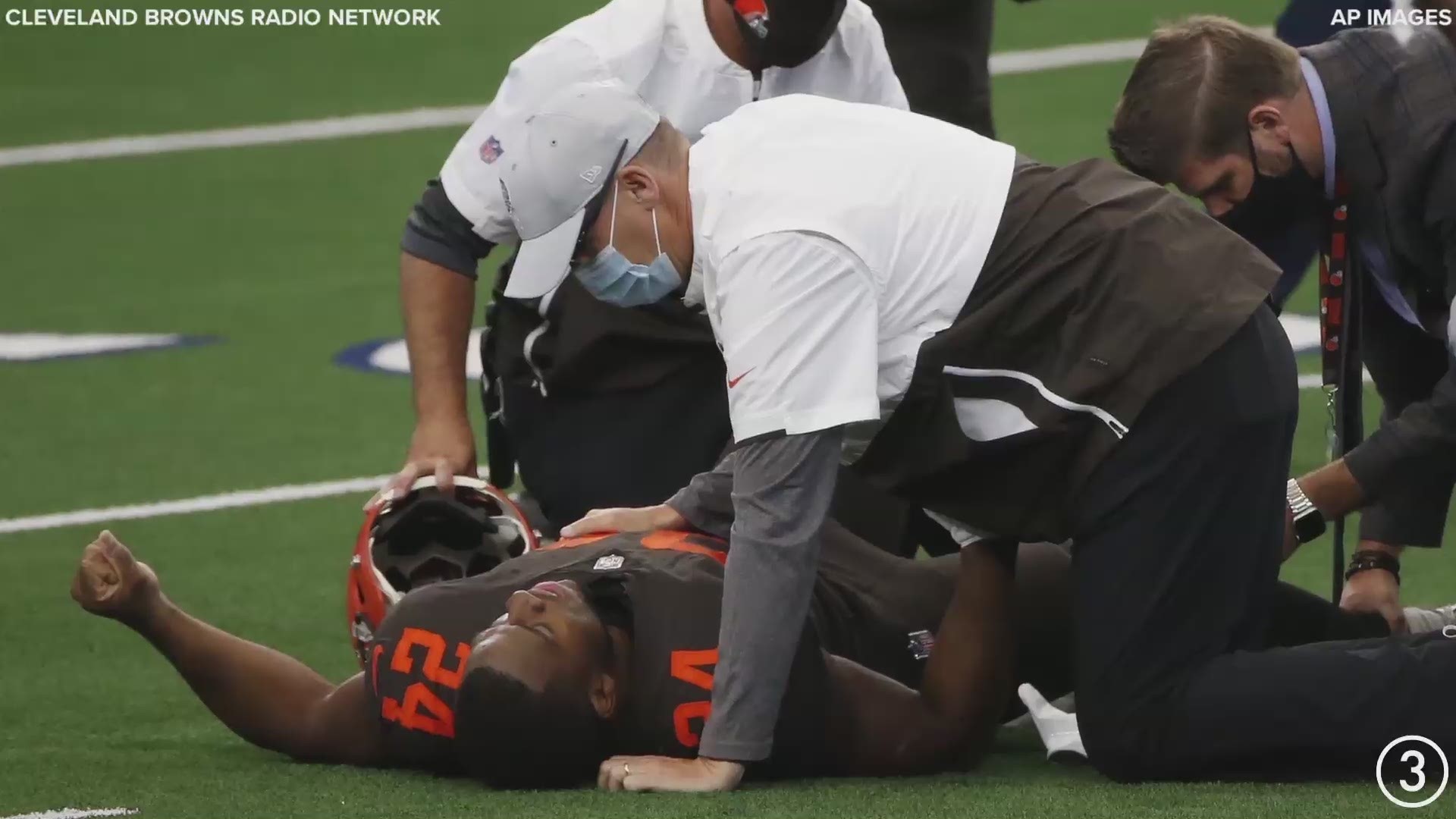 While the Cleveland Browns have gotten off to a strong start vs. the Dallas Cowboys, they also suffered a setback in the second quarter when star running back Nick Chubb was forced the leave the game with a knee injury.

According to the Browns, Chubb will miss the remainder of the game.

Chubb's injury came during Cleveland's third offensive drive of the game. Although he initially sat on the ground grabbing at his leg for an extended period of time, he was able to walk off the field under his own power before heading to the locker room for evaluation.

Despite Chubb's departure, the Browns were able to finish the drive in the end zone with Baker Mayfield finding Odell Beckham Jr. for a 4-yard touchdown pass. The score tied the game at 14 and marked Beckham's second touchdown of the game after he caught a 37-yard pass from fellow wide receiver Jarvis Landry on Cleveland's first offensive drive of the game.

On the drive after Beckham's second score, Myles Garrett recorded a strip-sack of Cowboys quarterback Dak Prescott -- the star defensive end's third strip-sack in as many games. Cleveland proceeded to capitalize with a 4-play, 34-yard touchdown drive, with ended with a 1-yard touchdown pass from Mayfield to tight end Austin Hooper, giving the Browns a 21-14 lead over Dallas in the second quarter.