Nick Chubb scored the Cleveland Browns' first touchdown of the season, giving the team an 8-0 lead over the Kansas City Chiefs. 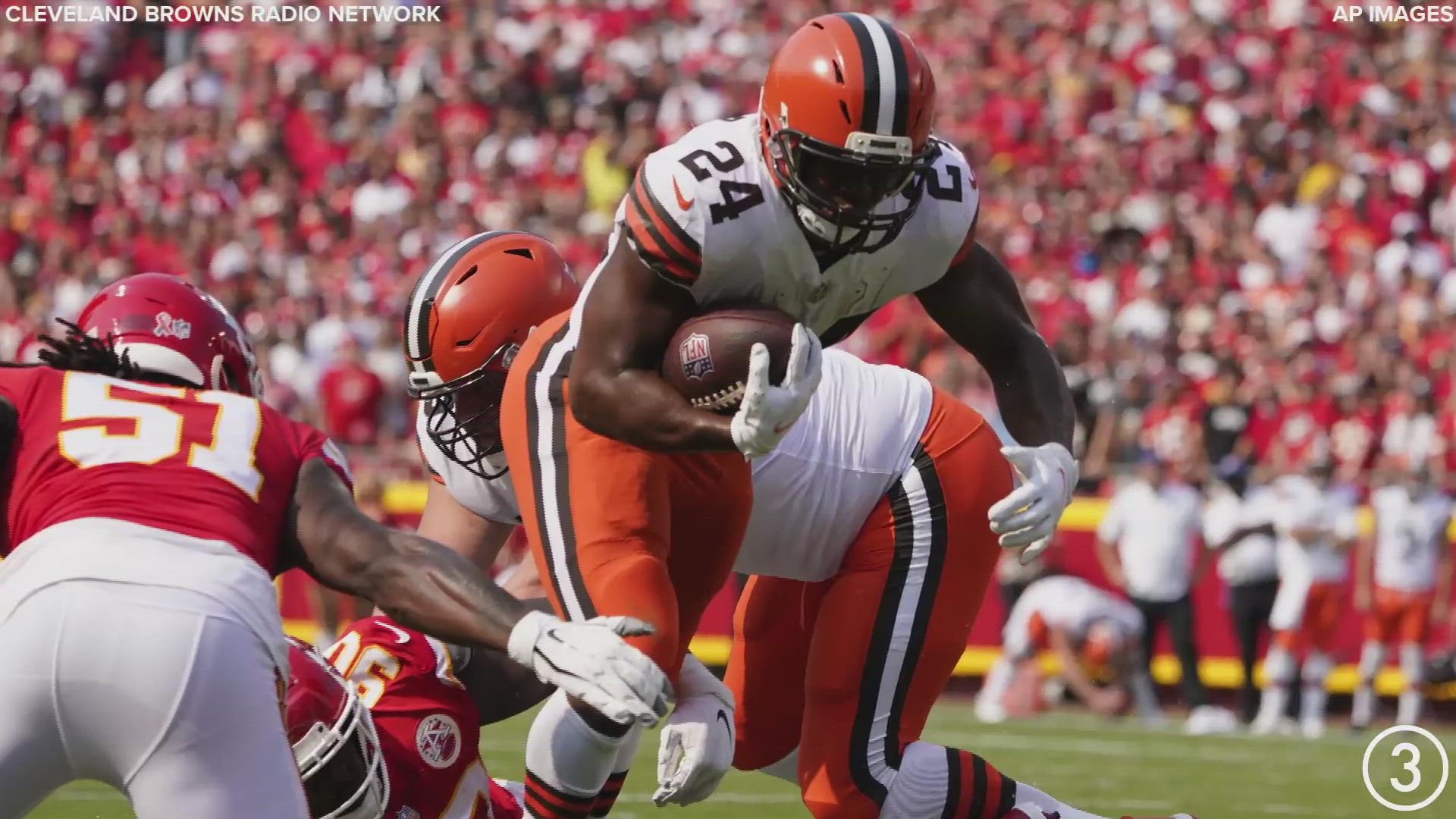 KANSAS CITY, Mo. — Editor's note: the video in the player above is from a previous story.

It didn't take long for the Browns to get their money's worth.

On what marked Cleveland's opening drive of the season, Chubb rushed for 17 yards on five carries, capping the Browns' 13-play, 75-yard drive with a four-yard touchdown run. The run gave Cleveland an early 6-0 lead vs. the Kansas City Chiefs, with an encroachment penalty moving the Browns' closer on the extra point drive.

Rather than kick the extra point, Cleveland head coach Kevin Stefanski opted to take advantage of the Chiefs' error and try for a two-point conversion. From there, fellow running back Kareem Hunt punched the ball in with a rush up the middle, giving the Browns an 8-0 lead.

Prior to Chubb's touchdown, the key play of the Browns' opening drive came on a fourth-and-three at the Kansas City 15-yard line. Rather than attempt the field goal, Stefanski opted to go for it with quarterback Baker Mayfield converting with a five-yard completion to Austin Hooper.

For more coverage from Sunday's season opener between the Browns and Chiefs, follow our live blog.