A monster Nick Chubb 54-yard run set up a Kareem Hunt touchdown to give the Cleveland Browns a 19-10 lead over the Philadelphia Eagles. 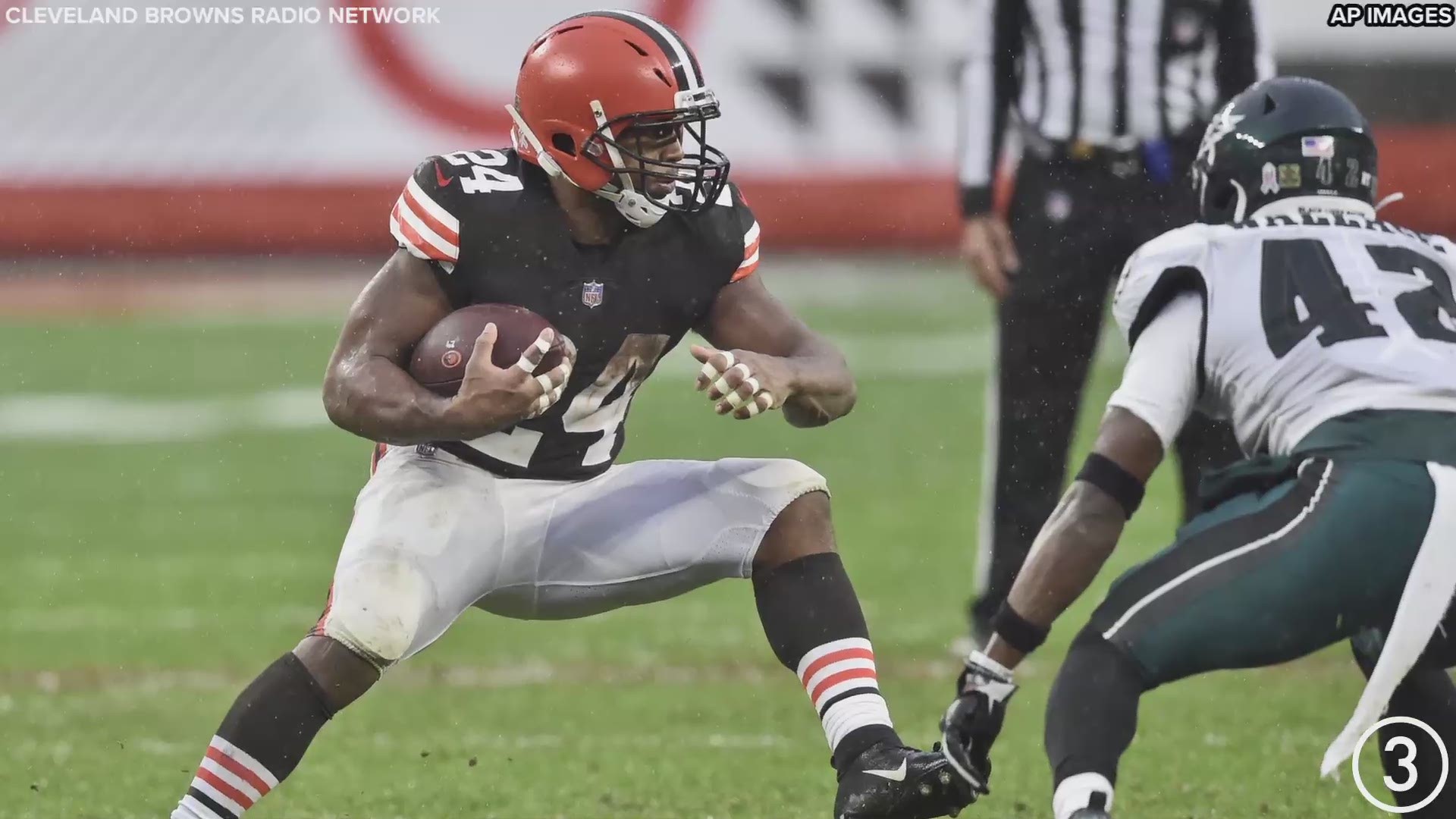 CLEVELAND — Leading the Philadelphia Eagles by a score of 12-10 in the fourth quarter on Sunday, the Cleveland Browns put the ball in the hands of their running backs tandem of Nick Chubb and Kareem Hunt.

And boy, did they deliver.

After Baker Mayfield found KhaDarel Hodge for an 18-yard completion on Cleveland's second drive of the fourth quarter, Chubb ripped off a 54-yard to give the Browns the ball at the Eagles' 54-yard line. As impressive as Chubb's run was from a distance standpoint, the highlight came when he shoved Philadelphia defensive end Joe Ostman to the ground with a monster stiff-arm.

After Mayfield advanced the ball to the 5-yard line with a 2-yard run, it was then Hunt's turn to get some run. And the 2017 Pro Bowl running back made the most of his first opportunity, punctuating a patient 5-yard touchdown with a hurdle into the end zone to give the Browns a 19-10 lead with 9:13 remaining in the game.

Hunt's touchdown marked the first for the Browns offense on the day with the Cleveland defense scoring eight of the team's first 12 points. After linebacker Sione Takitaki returned an interception 50 yards for a pick-6 touchdown in the second quarter, defensive end Olivier Vernon sacked Carson Wentz in the Eagles end zone for a safety in the third quarter.

Laying claim to a 6-3 record, the Browns are looking to improve their standing in a crowded AFC Wild Card race. For all the latest from the Browns' Week 11 matchup at FirstEnergy Stadium on Sunday, follow our live blog.