Will COVID-19 keep people at home? 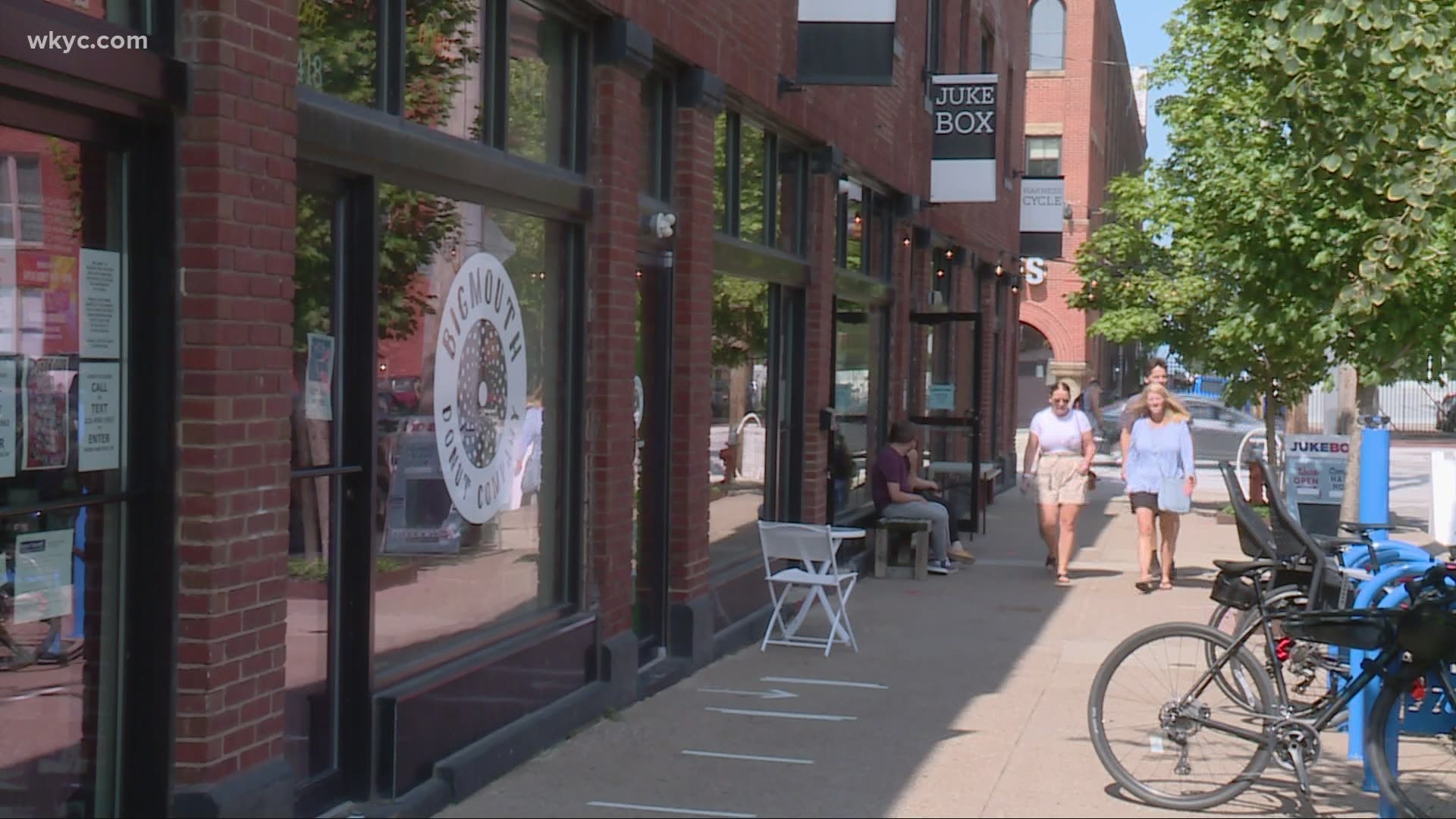 CLEVELAND — The chance of Browns fans coming out to bars and restaurants on Sunday in big numbers is as uncertain as the season itself.

Yet Browns Backers are hopeful.

“I think we were all holding our breath ‘cause we weren’t sure, ‘Are they going to play? Are they not going to play?’” said Tim Rudnick, president of North Royalton’s Browns Backers chapter.

For generations, bars and restaurants across Northeast Ohio have been the perfect place for drowning sorrows on a Sunday, or else, raising a pint to the team.

But now, there are new rules under COVID-19 that may keep more people home. Caps on crowds inside FirstEnergy Stadium may not help either.

The Winking Lizard at the Galleria often benefits from foot traffic during games.

“We’re excited,” said the Lizard’s Kevin Quigley. “We anticipate people are going to want to come out and want to watch football.”

Quigley said the bar and restaurant had been closed on Sundays during the pandemic but will now open for home games on Sundays at 10 am.

When the Browns are away, they will open at noon. Masks are required.

“We anticipate that we will at least be full for those games,” Quigley said.

While in Hingetown, just off the Shoreway on Cleveland’s near west side, Jukebox will go a step further.

Temperatures will be taken at the door and QR codes will be used for menus and payments.

Watch parties are outside only and there is no indoor dining. Since space is limited, reservations are recommended.

“Either by email or phone,” said Patrick Shepherd, Hingetown’s Browns Backers president. “We do want to make it as fun and as enjoyable for everybody.”

“We hope the camaraderie of a shared environment will be different than what most people experienced in quarantine,” said Alex Eudin, who owns the tavern.

At Niko’s in North Royalton, Browns Backer Tim Rudnick encourages people to get there early since all fans have to sit.

“Capacity is probably 30 or 35% lower than typical,” Rudnick said. “Once all the seats are taken, that’s all the seats, and if anybody else comes in, unfortunately won’t be able to accommodate them.”

And what if a game goes late?

“We will ask to pull all drinks at 11 o’clock,” said Kevin Quigley, Winking Lizard. “But if the game is still going on, if you want to stay here and still watch the game, we’ll obviously stay open so you can still watch the game--but there won’t be any alcohol on the tables after 11 o’clock.”

Tailgating is also prohibited this season at Cleveland’s Muni Lot.