Odell Beckham Jr. left the second quarter of the Cleveland Browns' Week 6 matchup against the Arizona Cardinals with a shoulder injury. 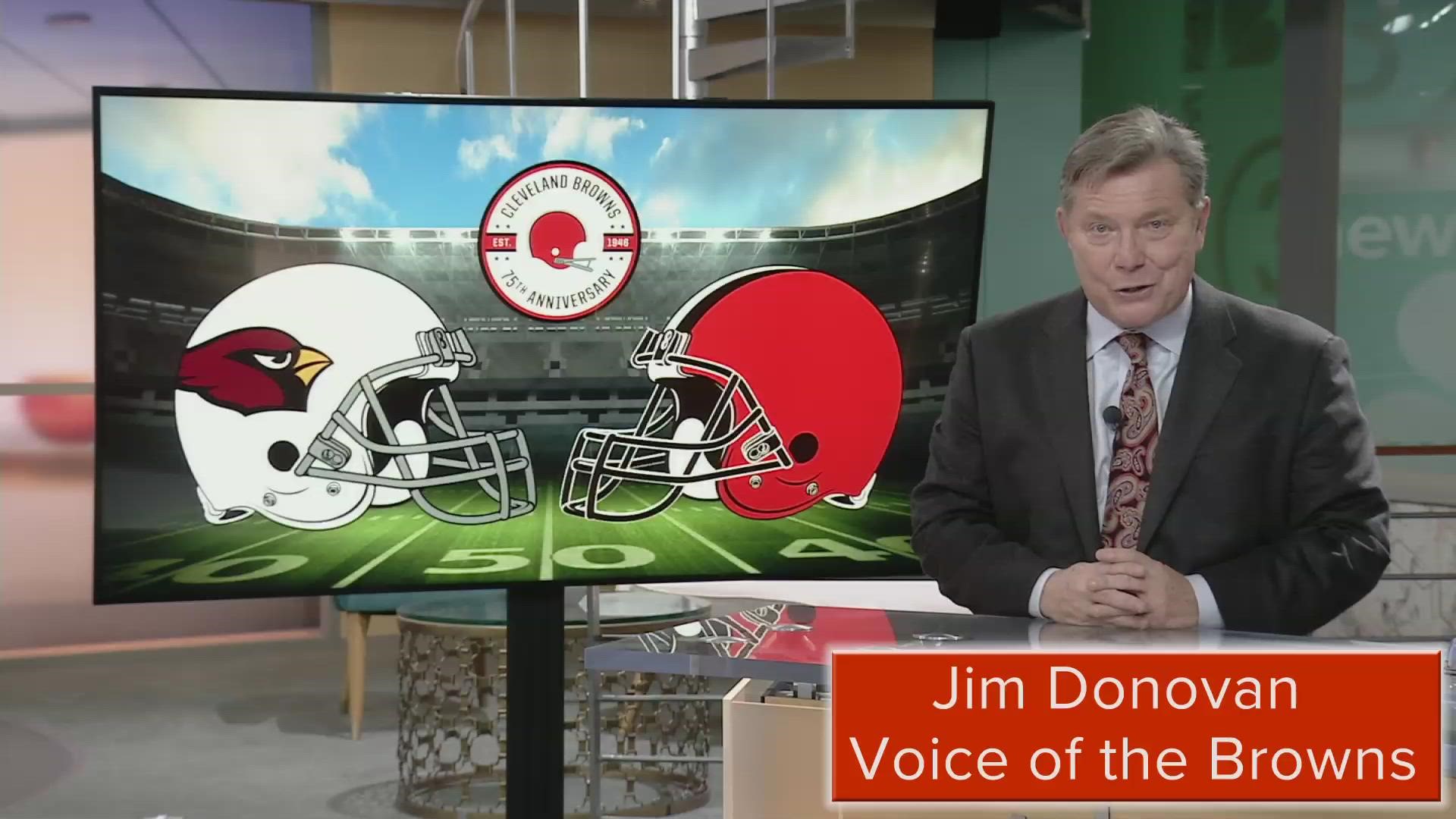 CLEVELAND — Already trailing the Arizona Cardinals by a score of 20-0, the hits keep coming for the Cleveland Browns. After hauling in a 17-yard reception in the second quarter, wide receiver Odell Beckham Jr. left the game with a shoulder injury. According to the Browns, Beckham's return to the game is questionable.

While Cleveland was ultimately able to cut the Cardinals' lead to 20-7 with Baker Mayfield throwing an 11-yard touchdown pass to Donovan Peoples-Jones, Beckham's potential departure from the Browns' lineup could prove significant. Cleveland is already without wide receiver Jarvis Landry, who has missed each of the Browns' past four games after suffering a sprained MCL in a Week 2 win vs. the Houston Texans.

Beckham's injury came less than two weeks after the three-time Pro Bowl wide receiver revealed that he has been dealing with a torn labrum since his college days at LSU. Mayfield suffered a partially torn labrum in his left shoulder in Cleveland's Week 2 win vs. Houston, but has played through the injury.

"I don't really care to talk about injuries, but I've had it (torn labrum) since college," Beckham said on Thursday. "It's the same thing he's got. I've had it for ten years. I'm just going to go out and play football."

After making his second catch vs. the Cardinals, Beckham left the field and immediately began grabbing at his right shoulder in apparent pain. After briefly visiting the team's injury tent, he went back to the team's locker room.

For all the latest from the Browns' Week 6 matchup with the Cardinals, follow our live blog.