Speaking to The Wall Street Journal, Cleveland Browns wide receiver Odell Beckham Jr. said he believed money was the only reason the NFL was holding its 2020 season. 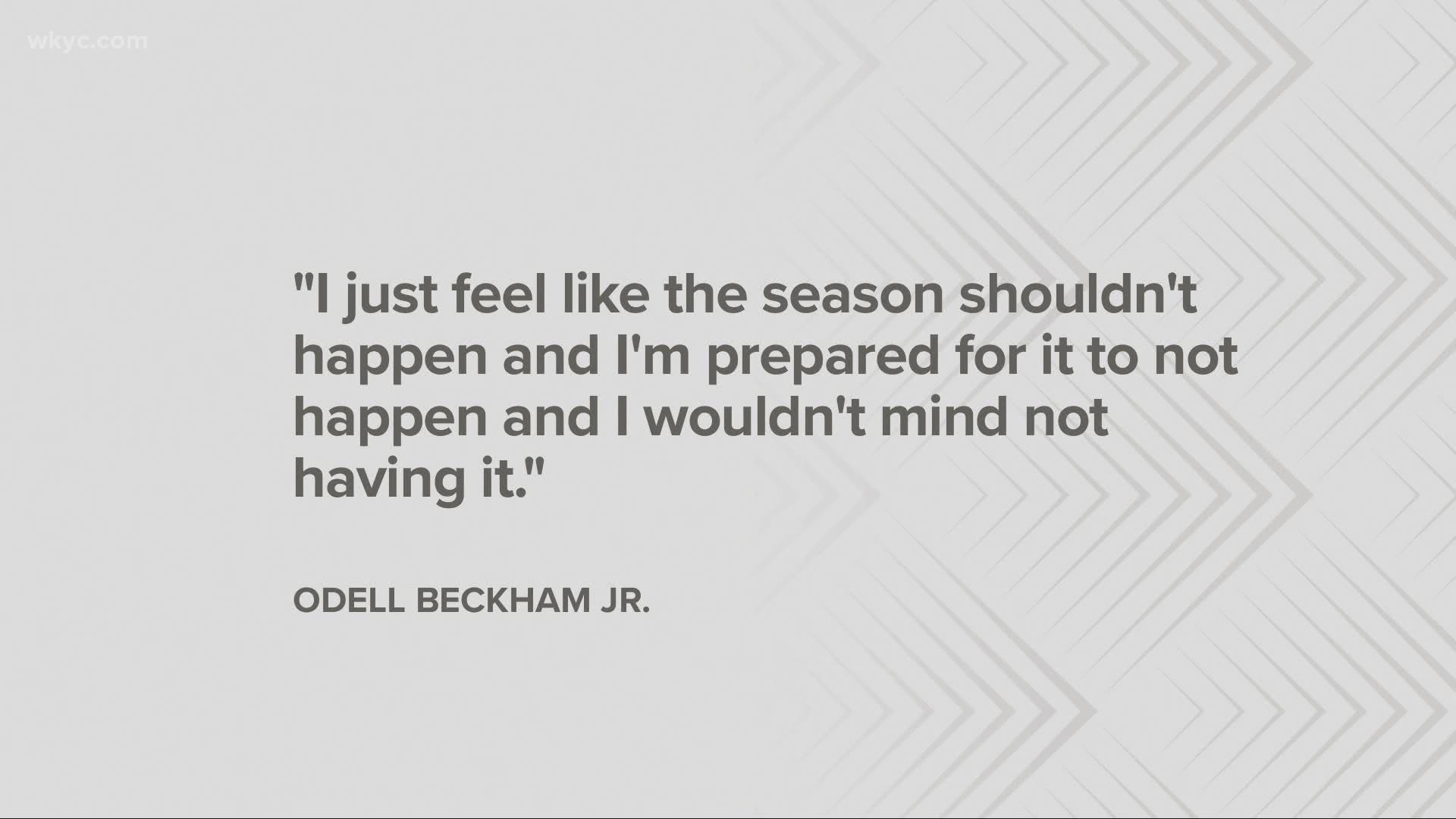 Odell Beckham Jr. plans to participate in the 2020 NFL season.

But that doesn't mean that the Cleveland Browns star wide receiver doesn't have his concerns.

In an interview with Lane Florsheim of The Wall Street Journal that took place just prior to the July 24 agreement between the NFL and NFLPA regarding adjusted protocols for the upcoming season, Beckham said that he didn't understand why the league was moving forward with its 2020 campaign amid the coronavirus (COVID-19) pandemic. Furthermore, the 3-time Pro Bowl selection stated that money was the only reason why the 2020 NFL season would be happening.

"Obviously with everything that's going on, it doesn't make sense why we're trying to do this," Beckham said. "I can understand basketball was already in the playoffs. Five-on-five basketball in an arena is going to be more intense than regular-season games. Hooping is different than playing an eleven-on-eleven contact sport where there's 80 people in a locker room.

"We're not ready for football season. So why are we trying to push forward? It's obviously for their money. And that bothers me because there's always been this—and I hate saying it like that—but the owners' [attitude is], 'Oh we own you guys,' and just kind of that unfairness going on that they don't see us as human. I just feel like the season shouldn't happen and I'm prepared for it to not happen and I wouldn't mind not having it."

Despite his concerns, the 2014 NFL Offensive Rookie of the Year still reported to Berea for Browns training camp, which began with each player receiving multiple coronavirus (COVID-19) tests. Other changes to this year's training camp include the elimination of all preseason games and a delayed practice schedule that won't see teams take the field in pads until Aug. 17.

Under the agreement between the NFL and NFLPA, every player has the right to opt out of the upcoming season. Last week, Browns offensive linemen Drew Forbes and Drake Dorbeck each chose not to play this season due to concerns regarding the coronavirus.

Appearing in 16 games with the Browns last season, Beckham tallied 74 receptions for 1,035 yards and 4 touchdowns. Earlier this year, the LSU product underwent core muscle surgery, which he has since made a full recovery from.