Cleveland Browns wide receiver Odell Beckham Jr. offered a vague outlook when asked about his future with the franchise on Thursday. 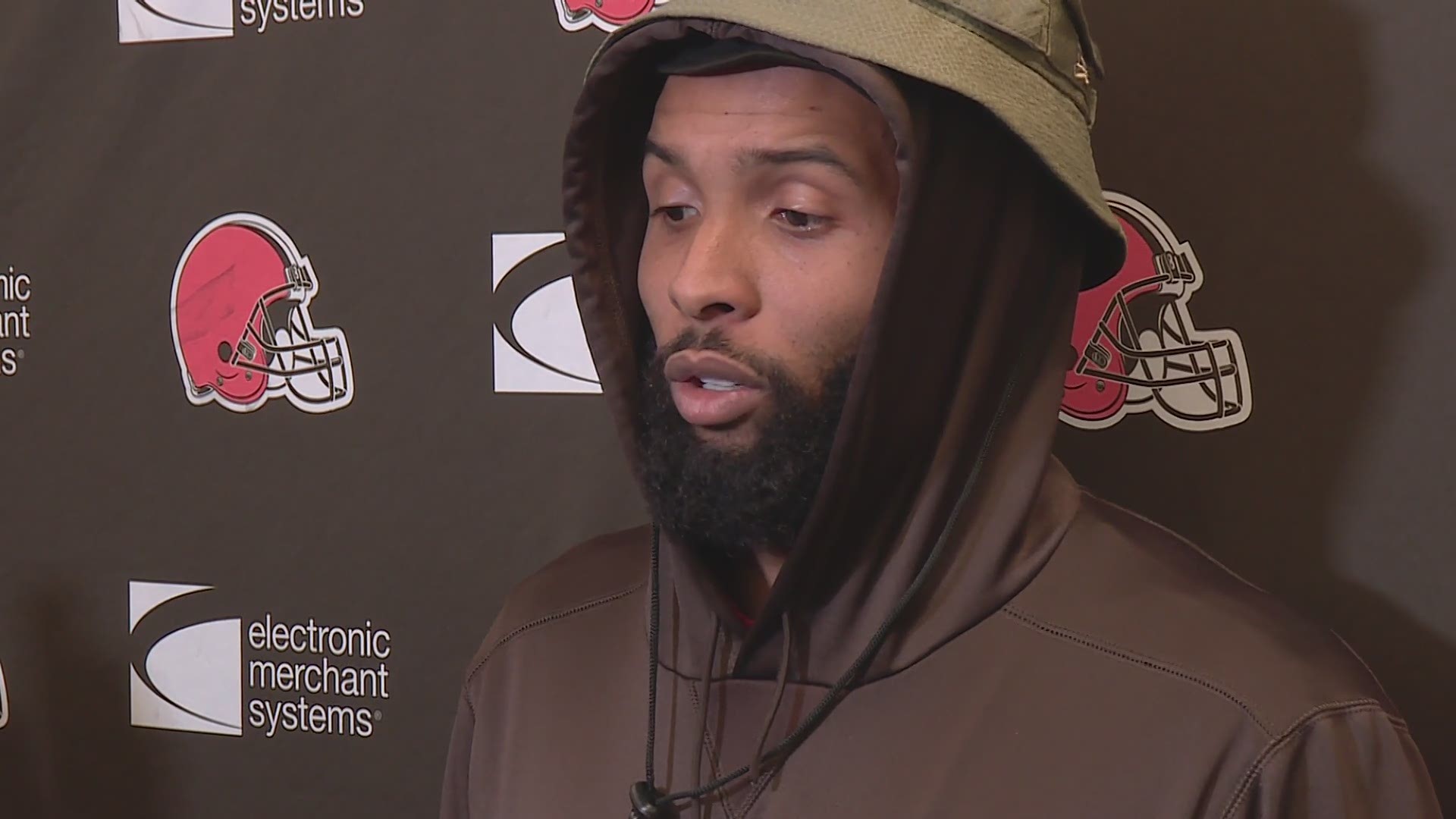 CLEVELAND — Suffice to say, Odell Beckham Jr.'s first season with the Cleveland Browns hasn't gone as expected. And it hasn't taken much more than that for some to contemplate his future with the team.

On Thursday, Beckham didn't do much to quiet such speculation, as the 3-time Pro Bowl receiver offered a vague outlook when asked about his future with the Browns.

"This is exactly where I'm at now and I wouldn't rather be anywhere else. God has a plan. In the offseason, everything will figure itself out."

While Beckham also noted how much playing alongside close friend Jarvis Landry means to him, the vague nature of his answer surely won't go unnoticed. Following the Browns' 2-6 start to the 2019 season, Bleacher Report's Mike Freeman reported that teams around the league believed that Cleveland could move on from the LSU product should its struggles continue.

Although a three-game winning streak in November temporarily put such talk on hold, the Browns' 20-13 loss to the Pittsburgh Steelers on Sunday all but ended Cleveland's chances of advancing to the postseason. And while there haven't been any concrete reports or comments about Beckham's future since, his struggles with the Browns to this point in the season have only made such speculation natural.

"I just care about winning and hopefully getting a shot to go to the playoffs," Beckham said on Thursday. "That's the goal. So all the stats and all that, that's been out the window for me. I'm just trying to finish the season strong with the most wins we could possibly have."

Through 12 games, the 2014 NFL Offensive Rookie of the Year has caught 57 passes for 805 yards and 2 touchdowns. That puts Beckham on pace for one of the least productive seasons of his NFL career, which was hardly the expectation when Cleveland acquired him from the New York Giants last offseason.

Although Beckham noted he's still on pace for 1,000 receiving yards, he also acknowledged that this has been a down year for him.

Whether or not that year will occur in Cleveland, remains to be seen.

RELATED: ‘Win out.’ Baker Mayfield: If Cleveland Browns want to make playoffs, we have to buckle down

RELATED: ‘Everything is resolved.’ Damarious Randall back on good terms with Cleveland Browns