Odell Beckham Jr. can rejoin Browns if he passes COVID-19 test on Saturday

After going home with an illness on Thursday, Cleveland Browns wide receiver Odell Beckham Jr. will be able to rejoin the team as early as Saturday. 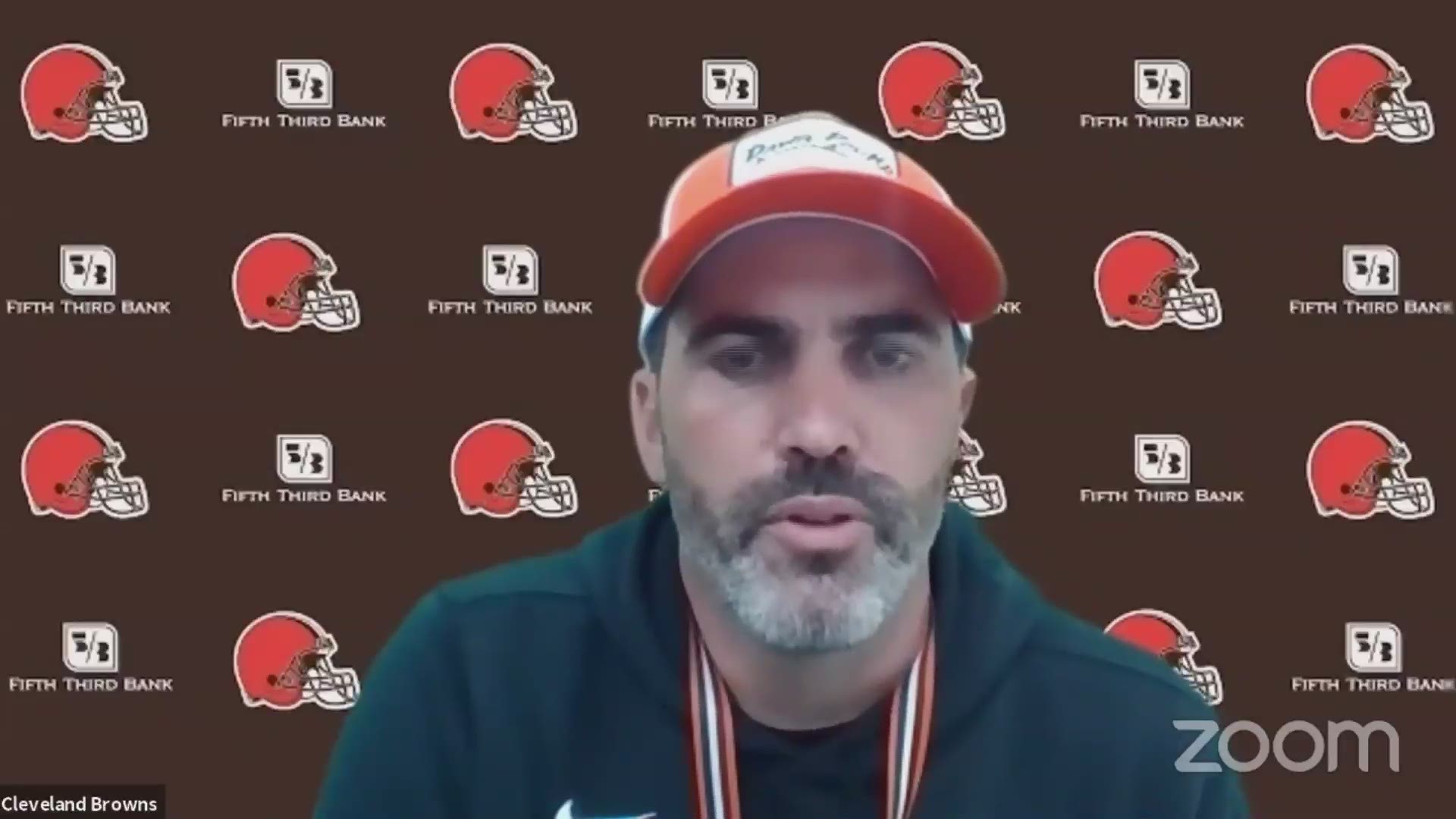 CLEVELAND — While he passed his first coronavirus (COVID-19) test after being sent home with an illness on Thursday, Odell Beckham Jr. isn't able to rejoin the Cleveland Browns just yet.

But should Beckham pass an additional coronavirus test, the 3-time Pro Bowl wide receiver will be eligible to rejoin the Browns for their trip to Pittsburgh on Saturday, Cleveland head coach Kevin Stefanski confirmed during a Zoom call with reporters on Friday.

While Beckham's illness and the NFL's COVID-19 protocols resulted in him missing practice on both Thursday and Friday, Stefanski said that he believes his star wide receiver could still take the field when the Browns face the Steelers on Sunday. After practicing on Wednesday, the LSU product continued to take part in virtual meetings after being sent home and most importantly, appears to be progressing from the unspecified illness that led to his absence.

"He's doing better, yes," Stefanski answered when asked if he believed Beckham would be able to play against Pittsburgh if cleared.

Beckham's potential return would provide a boost to a Browns roster that's hampered by injuries heading into its toughest matchup since beginning a four-game winning streak in Week 2. Due to a ribs injury, quarterback Baker Mayfield has been limited in practice throughout the week, as has wide receiver Jarvis Landry (hip/ribs), with starters Karl Joseph, Ronnie Harrison and Wyatt Teller having already been ruled out for Sunday.

Officially, Mayfield, Landry and Beckham are listed as questionable for Sunday.