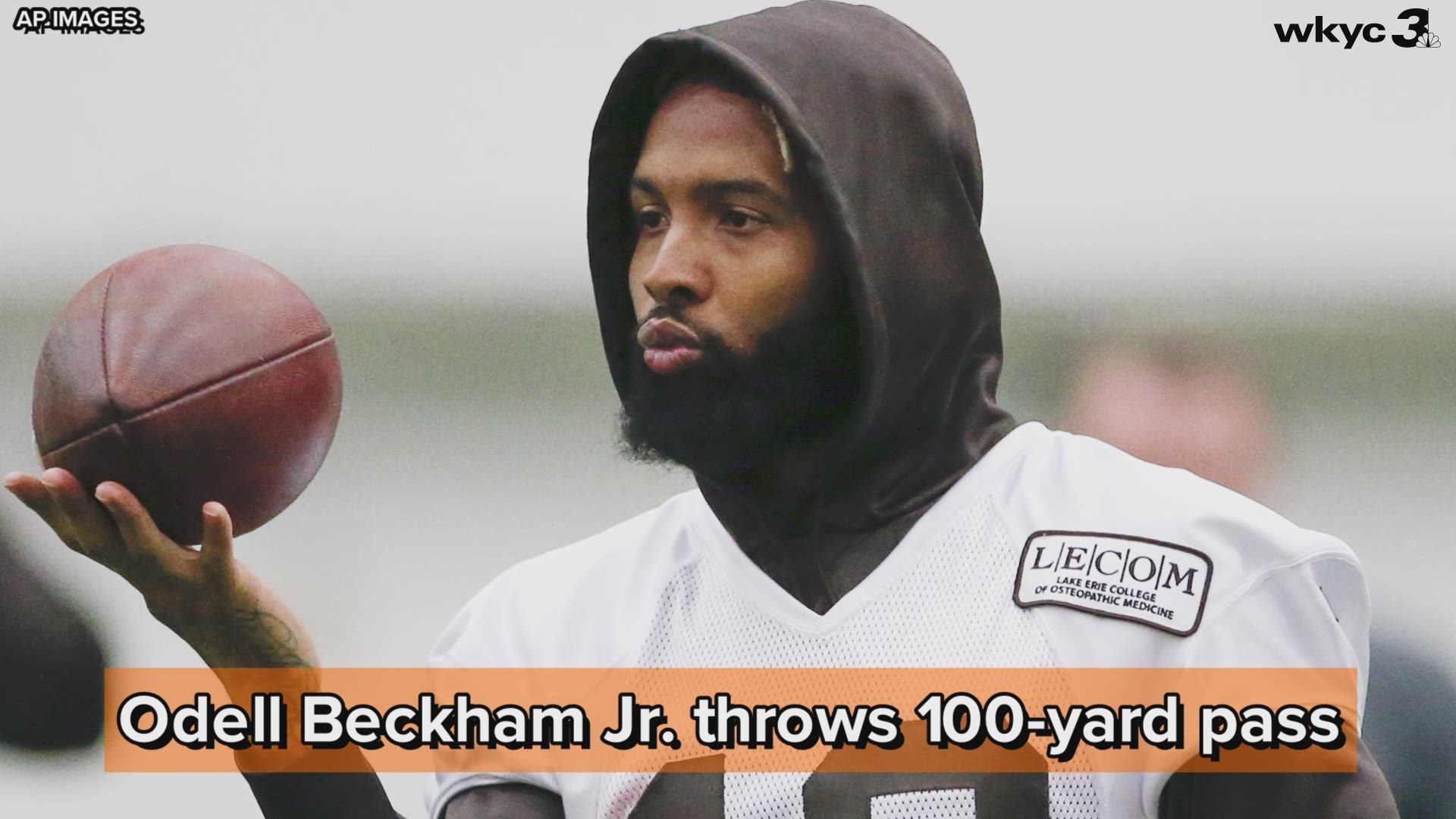 Over the course of his football career, Odell Beckham Jr. has established a reputation for himself as being one of the best pass-catchers on the planet.

As it turns out, the Cleveland Browns' new star wide receiver is pretty good at throwing the pigskin too.

Taking to Instagram on Wednesday, photographer/videographer Jyehro Poquiz shared a video of Beckham throwing a football from one end zone of a field to the other. The toss caught the attention of former Browns and current Pittsburgh Steelers cornerback Joe Haden, who proclaimed the throw to be the length of "the whole field."

A reposting of the video shared by @overtime on Twitter has since garnered more than 1.13 million views.

*Warning: Some language Not Safe For Work*

Beckham proceeded to share the video himself with a retweet, which he accompanied with a challenge to two of the NFL's top signal-callers.

"Man where are AR12 and Pat 15 at," Beckham wrote, referencing Green Bay Packers quarterback Aaron Rodgers and Kansas City Chiefs signal-caller MVP. "Tell 'em we need to have a throw off."

If the 26-year-old Beckham is serious about a throwing competition, he would've been hard-pressed to have picked two more worthy opponents. A 2-time MVP, Rodgers has long laid claim to one of the strongest arms in football, having thrown a 75-yard pass in a game as recently as the 2016 season.

Mahomes, meanwhile, showcased his cannon-like arm throughout his run to the 2018 NFL MVP award and was seen throwing a 90-yard pass -- with ease -- during warmups last October.

If Beckham's latest viral video is to be believed, however, it appears he could at least hang with the gunslingers he called out. For what it's worth, the 3-time Pro Bowl receiver recorded three official passes throughout his five years with the New York Giants, completing two of them for a total of 106 yards and 2 touchdowns -- each of which came during the 2018 season.