Odds set for which brand of watch Odell Beckham Jr. will wear vs. New York Jets

On Tuesday, BetOnline set odds for what kind of brand of watch Cleveland Browns wide receiver Odell Beckham Jr. will wear vs. the New York Jets. 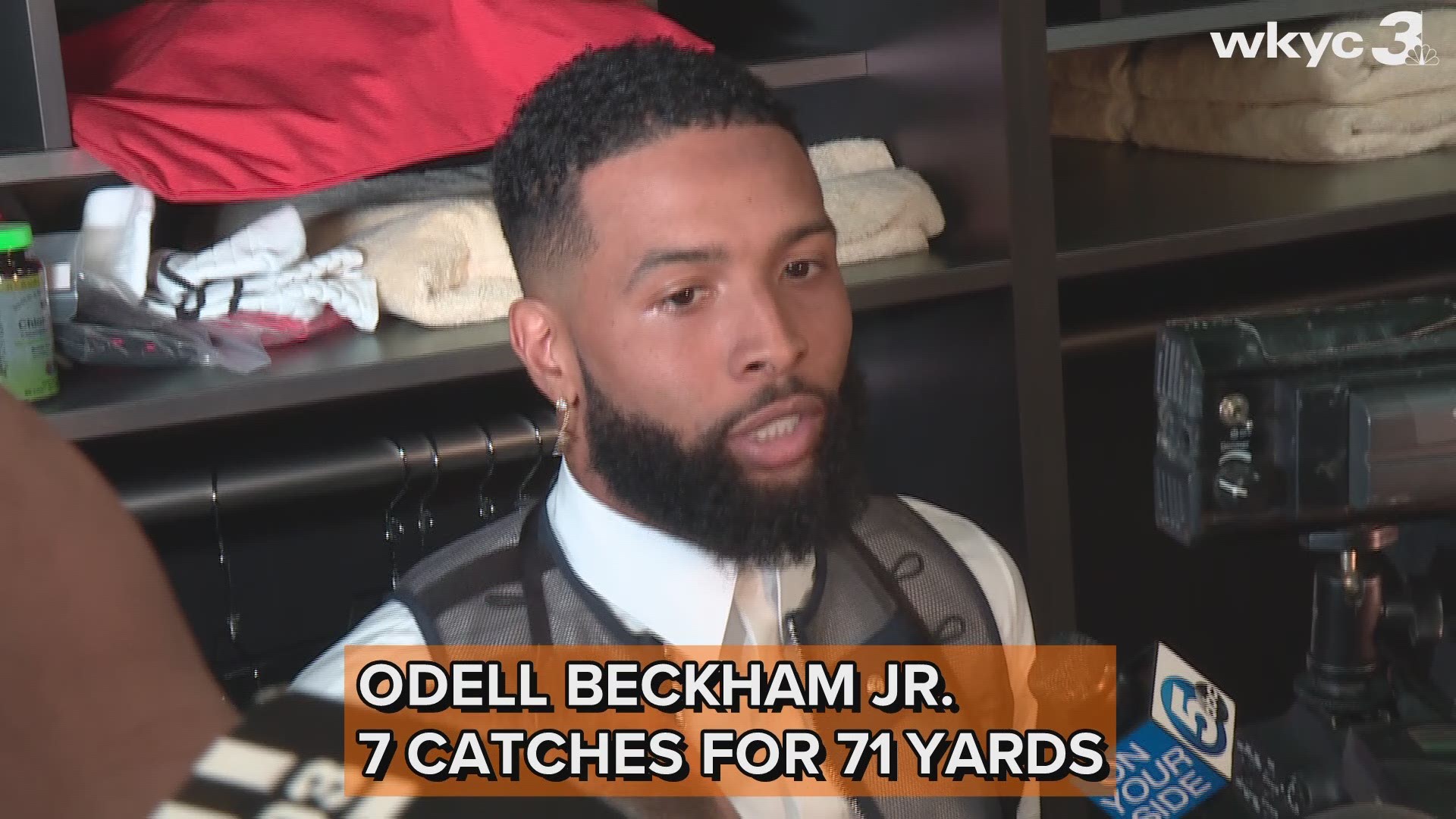 CLEVELAND — Despite it being against NFL rules, Cleveland Browns wide receiver Odell Beckham Jr. said he is going to continue to wear a watch on the field.

The question is, what kind?

Hours after Beckham told reporters in Berea he doesn't plan on getting rid of his wrist-wear, BetOnline released odds for what brand of watch the 3-time Pro Bowl receiver will wear in the Browns' Monday Night Football matchup vs. the New York Jets. The brand Beckham wore on Sunday vs. the Tennessee Titans, Richard Mille, is the betting favorite at -525 on a list that also includes brand names like Casio, Audemars Piguet and Hublot.

The full betting odds for Beckham's Week 2 watch are as follows:

In his Cleveland Browns debut on Sunday, Beckham made waves by wearing a limited-edition Richard Mille RM 11-03 McLaren watch. Released in 2014, the piece initially retailed for more than $190,000 and has since been listed on resale sites at a price tag exceeding $350,000.

Although the NFL said it would speak to Beckham regarding its rules against wearing hard objects, the former New York Giants star has indicated he doesn't believe such conversation is necessary.

"If anybody else would've worn the watch, or if it was a $20 watch, it wouldn't have been no problem," Beckham said on Tuesday, according to The Associated Press.