"U can find me in The LAND homie! We got unfinished business," Beckham told Alex Wood on Twitter. 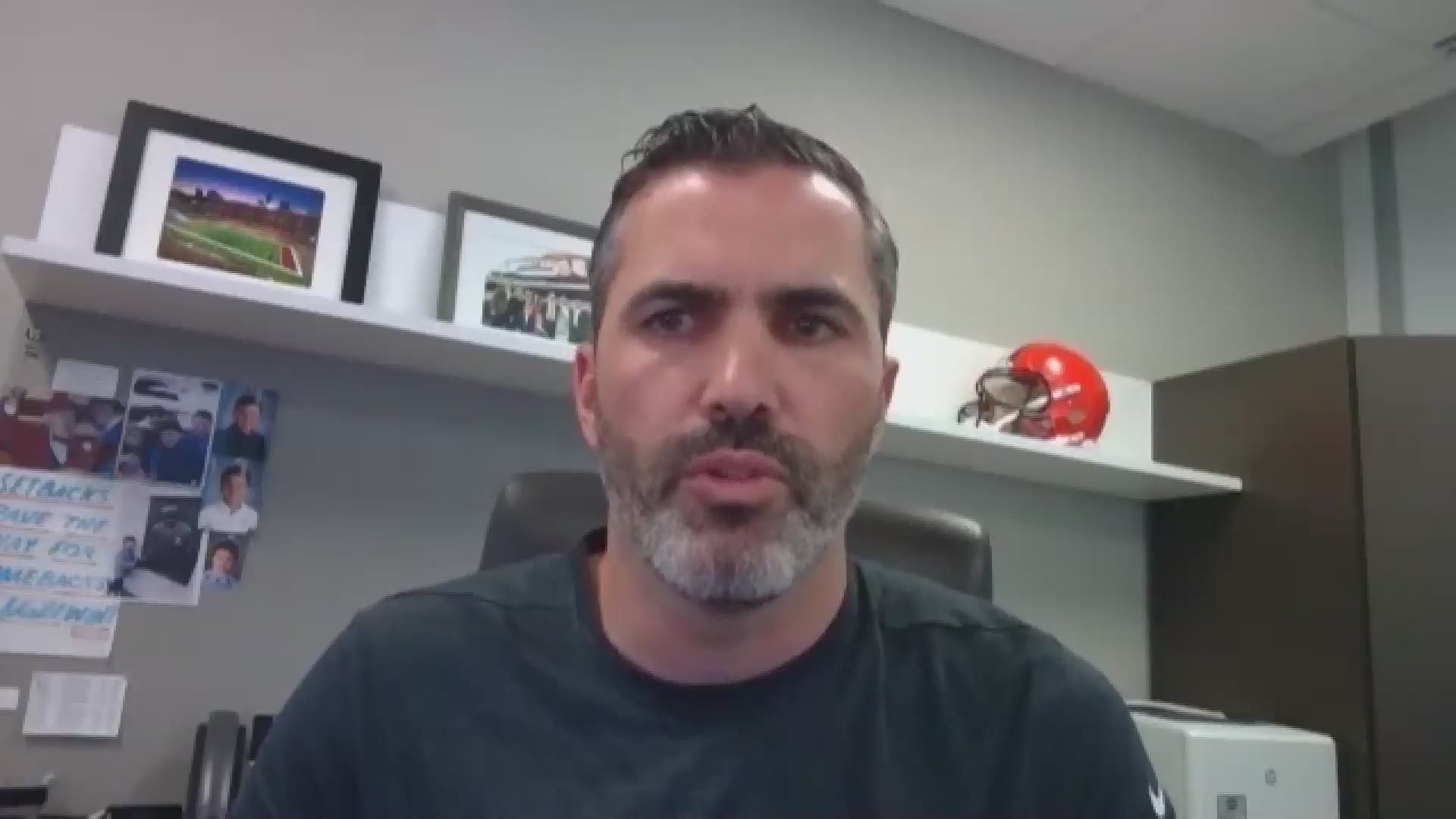 CLEVELAND — Because we are who we are as Clevelanders, sometimes it seems like we just can't have nice things. Or when we get them, we're worried that they won't stay around very long.

Take Browns wide receiver Odell Beckham Jr. for instance. Since the Browns acquired him from the Giants in early 2019, there have probably been about 25 different rumors about OBJ wanting out, or about to be traded, etc.

Los Angeles Dodgers pitcher Alex Wood isn't an NFL insider, at least not as far as I know. But on Sunday night, Wood put out a tweet indicating that before the end of the season, Beckham would become a member of the New England Patriots. He tweeted, "@obj to the Patriots before the season is done. BANK IT!"

However, Odell Beckham Jr. put a stop to any speculation that might emerge as a result of the tweet on Monday. "U can find me in The LAND homie! We got unfinished business," Beckham tweeted to Wood.

So much for that.

Wood was a good sport after OBJ tossed aside the dream of having him in New England. "Wishing you success wherever you are! Big fan even though you're a Tiger. Dawgs on top baby," Wood added.

Let the record reflect that Wood pitched at the University of Georgia, so that's where the 'Dawgs on top' comes from. But we'll take his well-wishes, too!

Last season, OBJ produced his lowest career stat totals aside from a 2017 campaign in which he played in just four games. Appearing in all 16 of the Browns' games last year, the 3-time Pro Bowl selection caught 74 passes for 1,035 yards and 4 touchdowns.