Predicting the Cleveland Browns' 53-man roster ahead of final cuts

The Cleveland Browns have until 4 p.m. ET on Tuesday to trim their roster to 53 players. 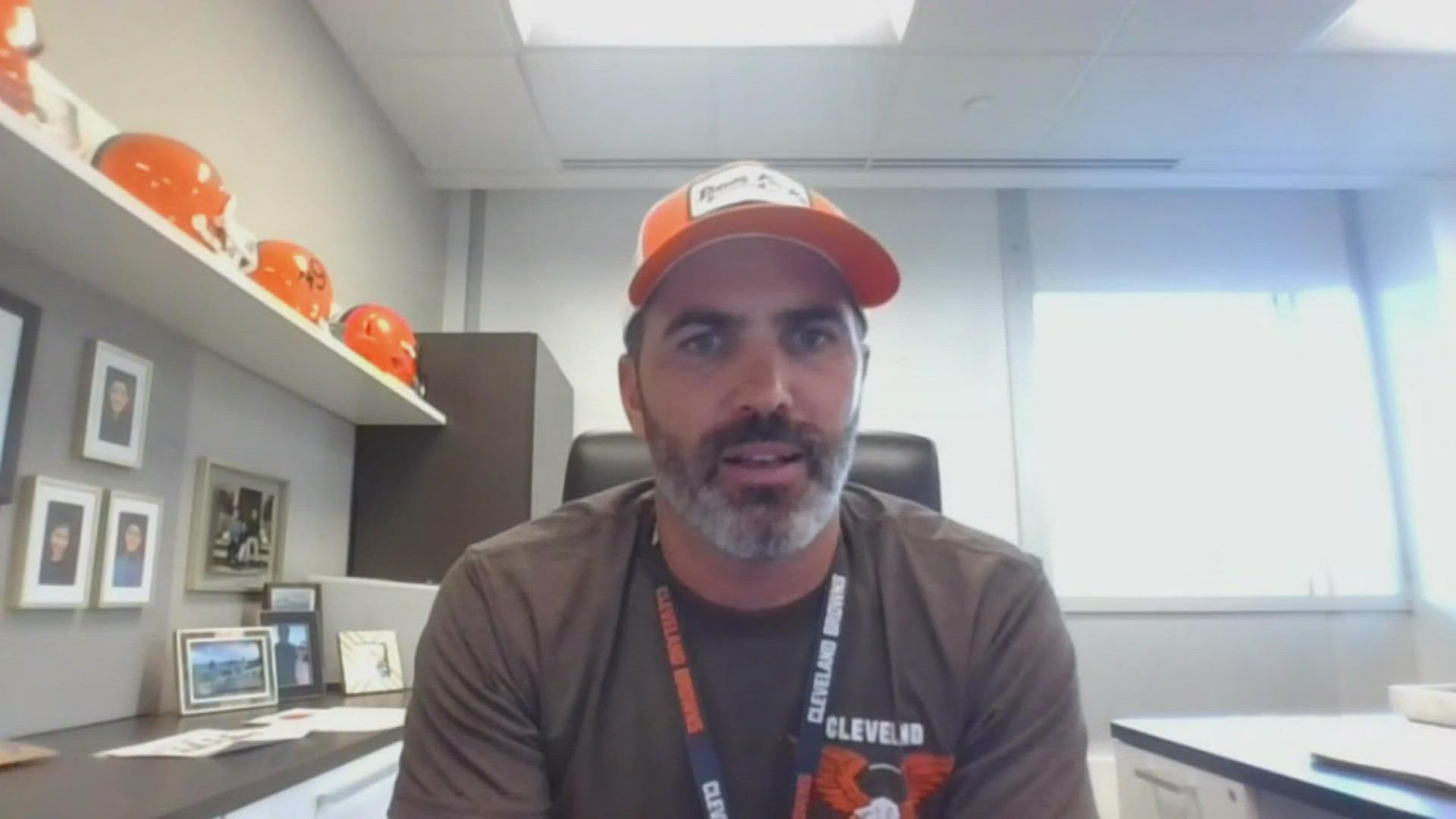 With that in mind, let's project what the Browns' initial 53-man roster of the 2021 season will look like after Cleveland general manager Andrew Berry finalizes his roster cuts on Tuesday.

D'Ernest Johnson's roster spot might not be secure considering Cleveland's crowded wide receivers room. But at this point in his career, rookie Demetric Felton is more offensive weapon than running back, which could keep Johnson's spot on the roster secure behind the two-headed monster of Nick Chubb and Kareem Hunt.

In an ideal world, head coach Kevin Stefanski would carry four tight ends on his roster, but Stephen Carlson's season-ending injury has left Cleveland without an obvious fourth player at the position. Perhaps the post-deadline waiver wire changes that, but if not, the Browns may have no choice but to only carry three tight ends.

The Browns return all five starters from last season's offensive line, as well as a pair of experienced reserves in Chris Hubbard and Nick Harris. Fourth-round pick James Hudson III is still somewhat of a project, but Hubbard's ability to play both tackle and guard gives Cleveland provides Cleveland with versatile depth.

The Browns' decision to waive Curtis Weaver on Monday indicates Cleveland will likely enter the season with four defensive ends -- three of whom are former first-round picks. Training camp standout Malik McDowell is best suited to play defensive tackle, but has previous experience playing on the outside and could fit in alongside the versatile trio of Myles Garrett, Jadeveon Clowney and Takkarist McKinley. Joe Jackson beat out Weaver and Porter Gustin to be the team's No. 4 defensive end, but this is a spot where Cleveland could remain active on the waiver wire.

Andrew Billings and Malik Jackson appeared to establish themselves as the Browns' starters early in training camp, but if the ensuing weeks were any indication, it's going to be tough to keep McDowell off the field. Tommy Togiai and Jordan Elliott provide Cleveland with some young depth and the Browns will likely try to -- if possible -- stash undrafted free agent Marvin Wilson on the practice squad.

That the Browns haven't placed Jacob Phillips on injured reserve yet indicates that he'll be making Cleveland's initial 53-man roster in hopes of returning from a biceps injury later in the year. And while Malcolm Smith may ultimately be a part of Cleveland's initial wave of releases, don't be surprised if the Browns re-sign the veteran after later placing Phillips on I.R.

Between Denzel Ward, Greg Newsome II, Greedy Williams and Troy Hill, the Browns' top four cornerbacks are established. Meanwhile, A.J. Green's strong training camp would make it difficult for Cleveland to get him back on its practice squad and M.J. Stewart's experience and versatility make him an ideal fit to help fill out the room.

The Browns' selection of Richard LeCounte III in the fifth round of the 2021 NFL Draft signaled that Sheldrick Redwine was likely on the team's roster bubble and the former fourth-round pick didn't seem to do enough in training camp to convince the team otherwise. Keeping just four safeties could be dangerous considering Grant Delpit and Ronnie Harrison's injury concerns, so don't be surprised if this a position where Cleveland is active on the waiver wire.

A poor preseason finale soured an otherwise strong training camp for Chase McLaughlin and has led to some speculation the Browns' initial 53-man roster might not include a kicker. Ultimately, I expect Cleveland to keep McLaughlin but still consider its alternatives between now and the Sept. 12 season opener.