Following the 2019 NFL Draft, the Cleveland Browns have some adjustments to their depth chart to make. 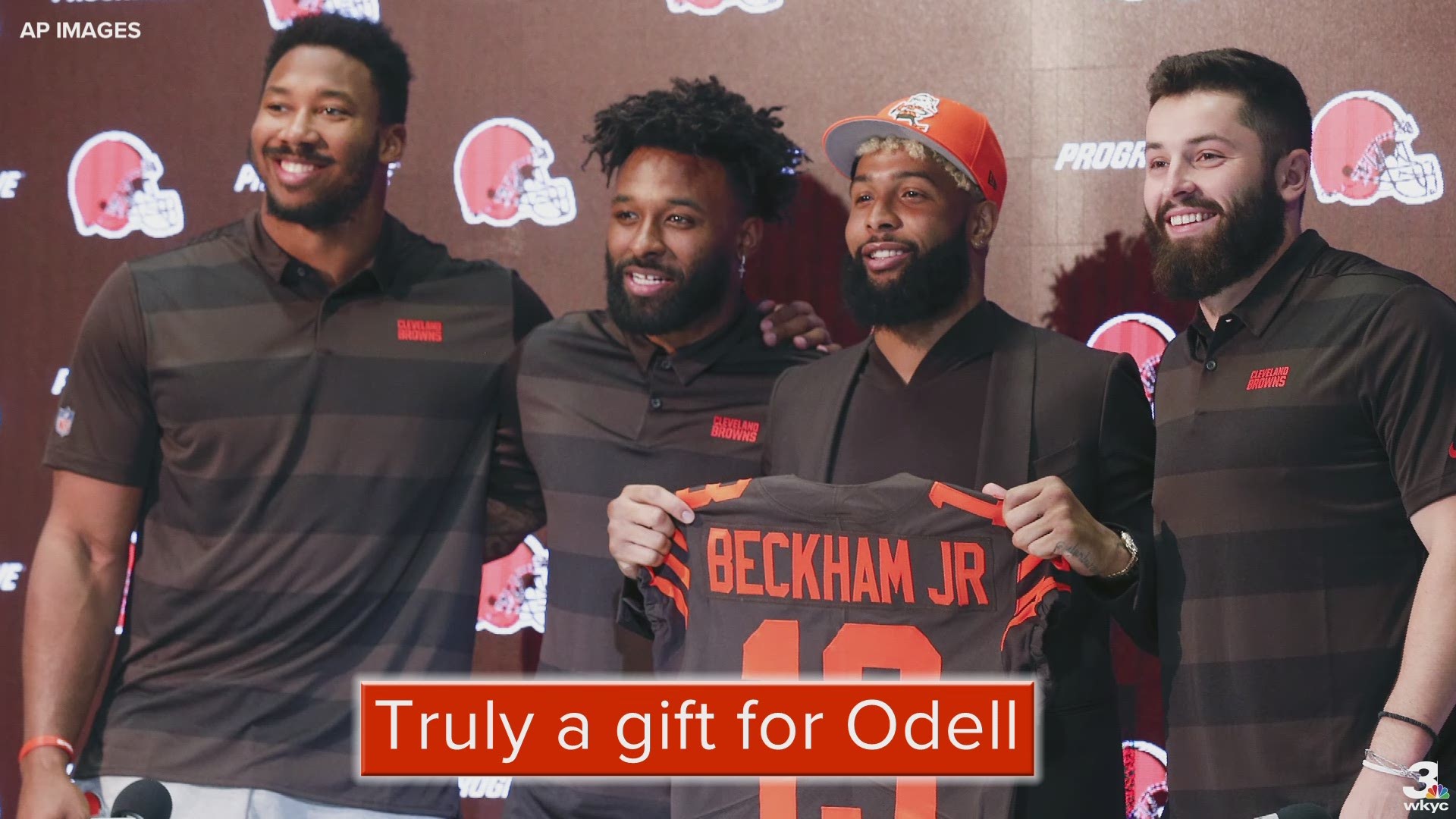 With free agency essentially over and the NFL Draft having just been completed, we now have our clearest look at what the Cleveland Browns' depth chart will look like in 2019.

Suffice to say, the Browns have made some significant changes -- and upgrades -- from a season ago.

Between the addition of multiple Pro Bowl playmakers on the offensive side of the ball and defensive-heavy draft, Cleveland's depth chart will feature no shortage of fresh faces in 2019. And not only should the Browns be a better team next season, but a deeper one too, as John Dorsey enters his second season as the team's general manager.

With the bulk of the offseason -- at least from a transactions standpoint -- now in the books, it's time to look ahead to how Cleveland's newest pieces will each fit. With that in mind, here's a look at the Browns' projected offensive depth chart for the 2019 season:

For the first time in a long time, the Browns enter a season with an undisputed starting quarterback as Baker Mayfield looks to build on a record-breaking rookie season. Behind him, veteran Drew Stanton and Garrett Gilbert will battle to be his top understudy, with Stanton likely being the more appealing in spot duty, while Gilbert possesses the higher upside should Mayfield miss any extended action.

Credit: Nick Wass
Cleveland Browns quarterback Baker Mayfield throws a pass in the first half of an AFC North Division game against the Baltimore Ravens at M&T Bank Stadium in Baltimore, Maryland on Sunday, December 30, 2018.

Like Mayfield, Nick Chubb enjoyed a breakout rookie year, rushing for 996 yards and 8 touchdowns despite only starting the final nine games of the season. He'll be joined in the Browns' backfield by Kareem Hunt -- although the former Kansas City Chiefs Pro Bowler won't be eligible until the final eight games of the season as he serves his suspension for violating the NFL's personal conduct policy.

Ideally, Duke Johnson would serve as Chubb's backup in Cleveland's first eight games before moving into a pass-catching role following Hunt's reinstation. Johnson, however, has requested a trade from the Browns and although they have given little indication they'll oblige, it seems unlikely the fifth-year running back will be on the team's roster by the start of the season.

Not only is the Browns receiving corps as talented as any in the league following the offseason acquisition of Odell Beckham Jr., but it's also plenty versatile. Between Beckham, Jarvis Landry, Antonio Callaway and Rashard Higgins, Cleveland lays claim to multiple playmakers just as capable of going over the top of a defense as they are making a catch in the middle of the field.

Depth behind the Browns' top four is currently lacking, but Cleveland does possess some intriguing options. In particular, 6-foot-2, 220-pound Jaelen Strong could provide Mayfield with a big-bodied target that the Browns offense may otherwise be lacking.

Credit: AP
FILE - In this Nov. 11, 2018, file photo, Cleveland Browns wide receiver Jarvis Landry reacts in the second half of an NFL football game against the Atlanta Falcons, in Cleveland. No longer a punching bag, the Browns are punching back.(AP Photo/David Richard, File)

Between the extra attention opposing defenses will be forced to pay to Beckham and the development of Mayfield, former first-round pick David Njoku could be in for a big year. Demetrius Harris should fill the spot Darren Fells formerly occupied as the Browns' best blocking tight end, while Seth DeValve will likely need a strong training camp to secure a roster spot as Cleveland's third tight end.

Having re-signed on another one-year deal, Greg Robinson will get another shot to prove he can be the long-term solution to the void at left tackle that was left by Joe Thomas' retirement a year ago. While raw, Harrison started eight games at left tackle in his rookie year and will likely be the first offensive lineman off the bench should either starting tackle get injured this season.

Following the first Pro Bowl selection of his career, Joel Bitonio will once again help anchor the left side of the Browns' offensive line. Helping fill what was one of Cleveland's biggest offensive needs this offseason, the Browns signed former Chicago Bear Eric Kush and drafted sixth-round pick Drew Forbes to add some much-needed depth to the team's interior offensive line.

Like Bitonio at left guard, JC Tretter has solidified his status as the Browns' starting center. Should he need to come off the field, Cleveland could either use Kush to reshuffle its starters or rely on Kalis, who spent the bulk of last season on the Browns' practice squad.

Creating perhaps the biggest question mark on the Browns' roster, Austin Corbett will start at right guard, filling the spot formerly occupied by Kevin Zeitler, who was traded to the New York Giants this past offseason.

Selected with the No. 33 pick in last year's draft, Corbett saw limited action in his rookie season, largely providing depth across the interior offensive line. Of Cleveland's five projected starters, Corbett has the most to prove and could ultimately be replaced by a more experienced player like Bryan Witzmann or Kush should he not be up to the task.

After signing a 5-year, $36.5 million deal last offseason, Chris Hubbard performed unevenly in his first season in Cleveland but showed enough late that the Browns can remain comfortable with the former Pittsburgh Steeler as their starting right tackle. Behind Hubbard, depth is a potential issue, although Harrison and Kendall Lamm both possess experience -- albeit limited -- at the NFL level.