Cleveland Browns wide receiver Rashard Higgins said he had a dream about catching a touchdown the night before he caught a game-winner vs. the Buffalo Bills. 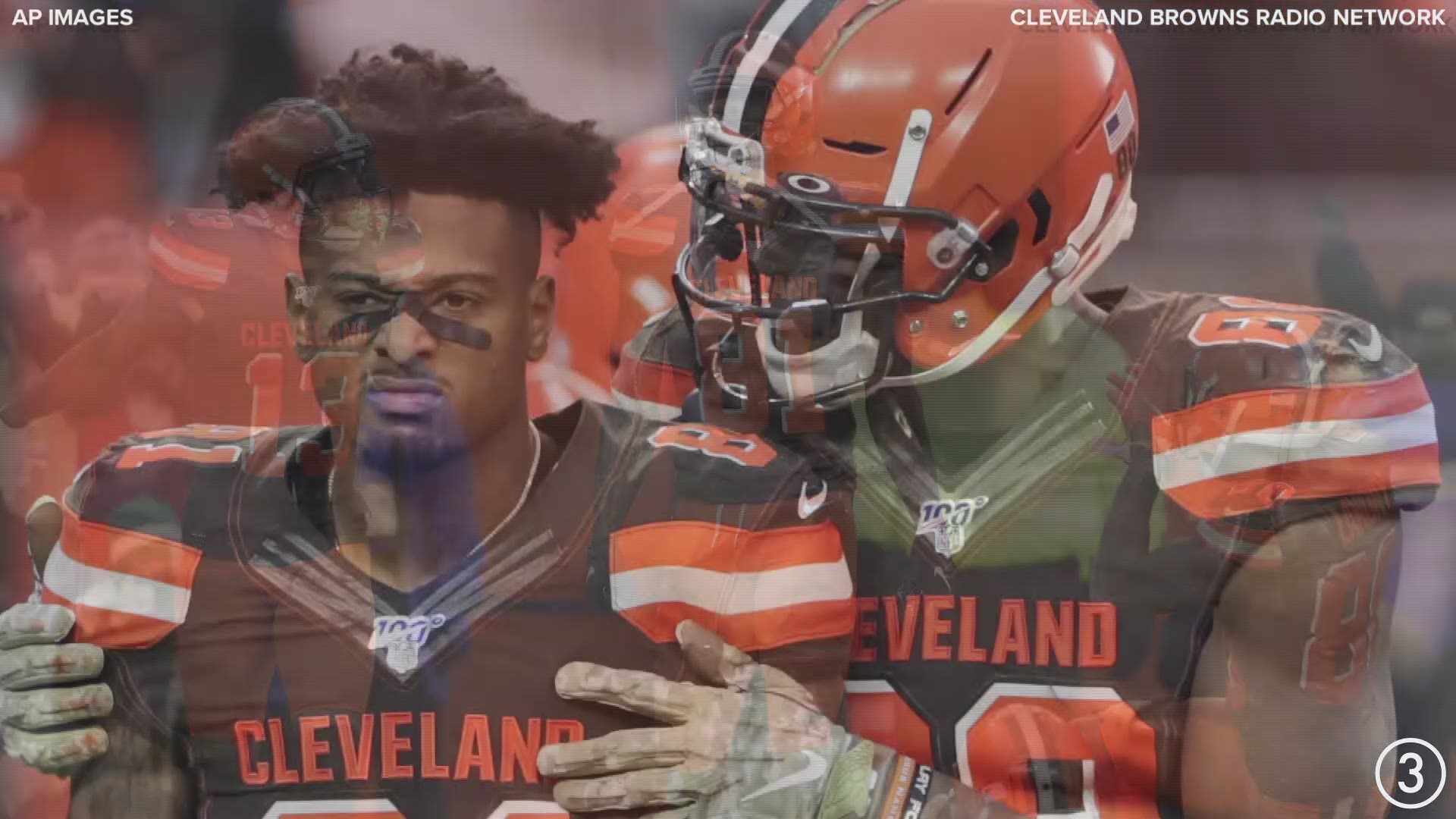 CLEVELAND — Some point after following asleep on Saturday night, Rashard Higgins had a dream he caught a touchdown vs. the Buffalo Bills.

But even the Cleveland Browns wide receiver's wildest dream -- literally -- couldn't live up to the moment he'd go on to experience on Sunday.

With 1:44 remaining in the contest and the Browns trailing the Bills 16-12, Higgins broke free of the Buffalo defense before hauling in a 7-yard touchdown pass from Baker Mayfield, which proved to be the game-winner. Standing in the home locker room at FirstEnergy Stadium after the game, Higgins revealed his precognitive dream.

"I told Odell [Beckham Jr.] the whole day I had a dream I scored," Higgins revealed. "I didn't say I scored like that on a game-winner, but I told him I scored. It felt great."

What's it like to dream about scoring a touchdown? As one might imagine, it was difficult for the fourth-year receiver to fall back asleep.

"During my dream, I woke up pretty fast because I scored," Higgins said. "I was excited and ready to walk the red carpet. I woke up and it was like 5:00 in the morning."

Under normal circumstances, a key piece of the Browns receiver rotation dreaming about scoring a touchdown wouldn't be unusual, only Higgins' 2019 season to this point has been anything but normal. After re-signing with Cleveland on a one-year deal, the Colorado State product entered the season expected to serve as the Browns' No. 3 wideout behind Beckham and Jarvis Landry.

Only a knee injury suffered in the team's season-opening drive kept him sidelined for five weeks, with head coach Freddie Kitchens' infrequent use of Higgins once healthy raising the eyebrows of many. After the game, the 25-year-old admitted that this season has been a difficult one and not just because of the Browns' disappointing 2-6 start prior to Sunday's win.

"It's been a long time coming just because I've been down. I've been hurt. A lot of commotion," Higgins said. "I never let that stuff get to me, I just put my heart out on the field and let everything else decide itself."

While Cleveland remains on the outside looking in of the AFC playoff picture at 3-6, the possibility exists that Sunday could mark a turning point for the team. With games ahead against the Pittsburgh Steelers (twice), Miami Dolphins, Cincinnati Bengals (twice) and Arizona Cardinals, the Browns lay claim to one of the more favorable second-half schedules in the NFL.

If Cleveland is truly going to get back on track, Higgins may need to be a big reason why given his chemistry with Mayfield and the opportunities that will surely exist as opponents try to take away Beckham and Landry. As for how the final seven games of the season will play out, that's anyone's guess -- but it couldn't hurt if Higgins keeps making his dreams a reality.

"I need more dreams," Higgins said with a laugh.

RELATED: Finally: Cleveland Browns get back into win column with 19-16 victory over Buffalo Bills