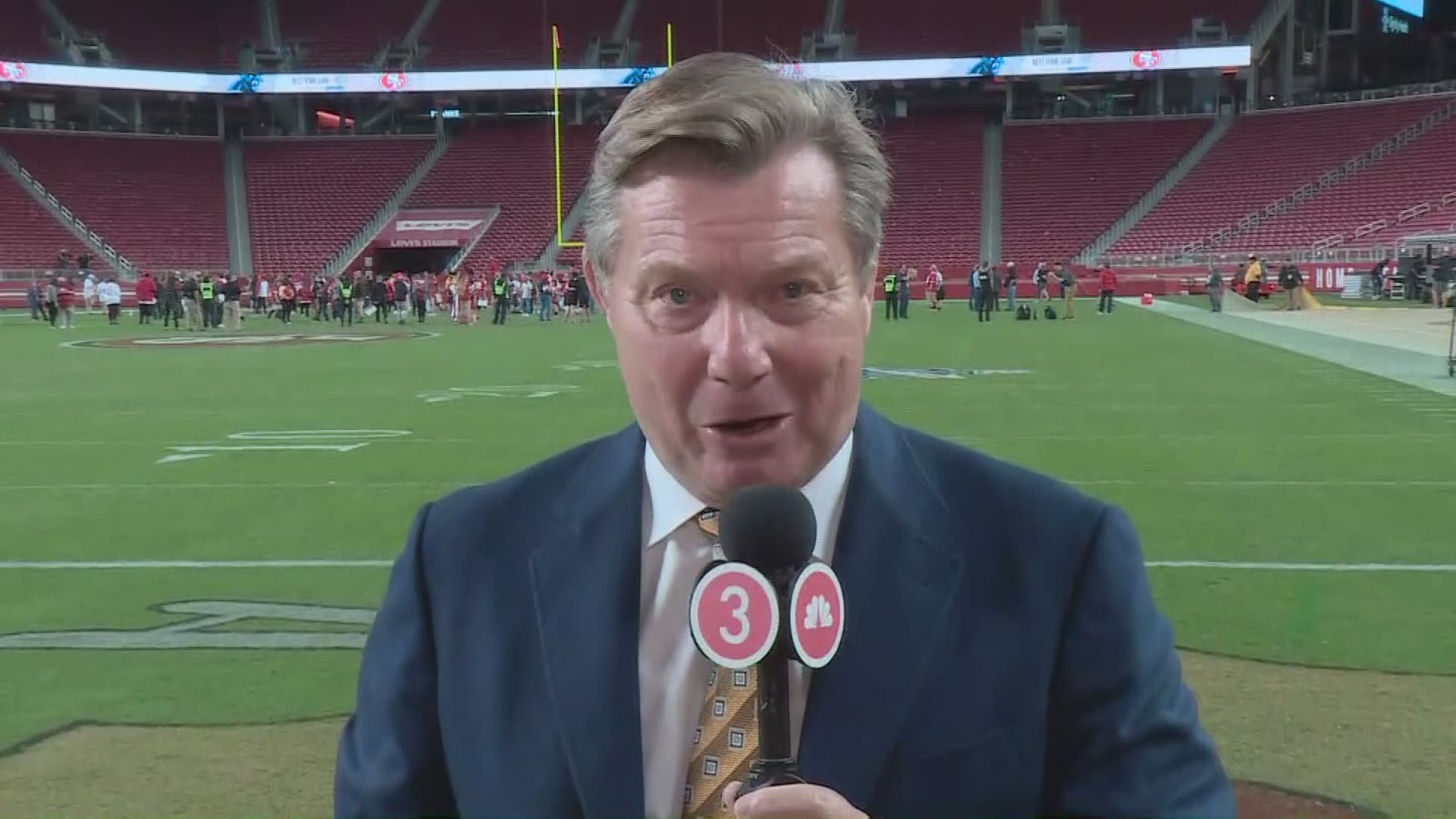 CLEVELAND — Just when you thought the tide had turned and the Cleveland Browns were back to playing the kind of football that made us believe that the playoffs were around the corner, the bottom fell out Monday night in San Francisco.

It wasn't just that the Browns played poorly in a 31-3 loss to the Niners, it's that they seemed shellshocked to the point of throwing in the towel. That's the second time in five weeks that you can make the case that the team quit when adversity struck.

Nothing worked well for the Browns in San Francisco. Both the offensive and defensive lines were smashed, Baker Mayfield had to run for his life to get away from Nick Bosa, and in so doing, made several costly turnovers. Antonio Callaway had a nightmare return to football after missing the first four weeks due to suspension. He looked out of place all evening and only made things worse by dropping what should have been a touchdown, with the resulting ricochet being intercepted.

RELATED: Freddie Kitchens on Antonio Callaway's struggles: 'I thought he was ready to go'

This morning on "After Further Review," we asked fans what their level of concern about the Browns was following the blowout loss to the 49ers? Are you still confident that this is the right team with the right mix? Are you willing to give them a pass? Or are you concerned about the long-term health of this football team? Here was the question we put out on Twitter:

Check out the thoughts of Jay Crawford and yours truly on a Tuesday edition of "After Further Review" on 3News' Facebook Live and on YouTube.

RELATED: Freddie Kitchens and his 'tough, smart' Cleveland Browns are anything but that in loss to San Francisco 49ers -- Bud Shaw's Sports Spin