The Cleveland Browns will be undergoing more than just a coaching search this offseason, and fans are left wondering why that is. 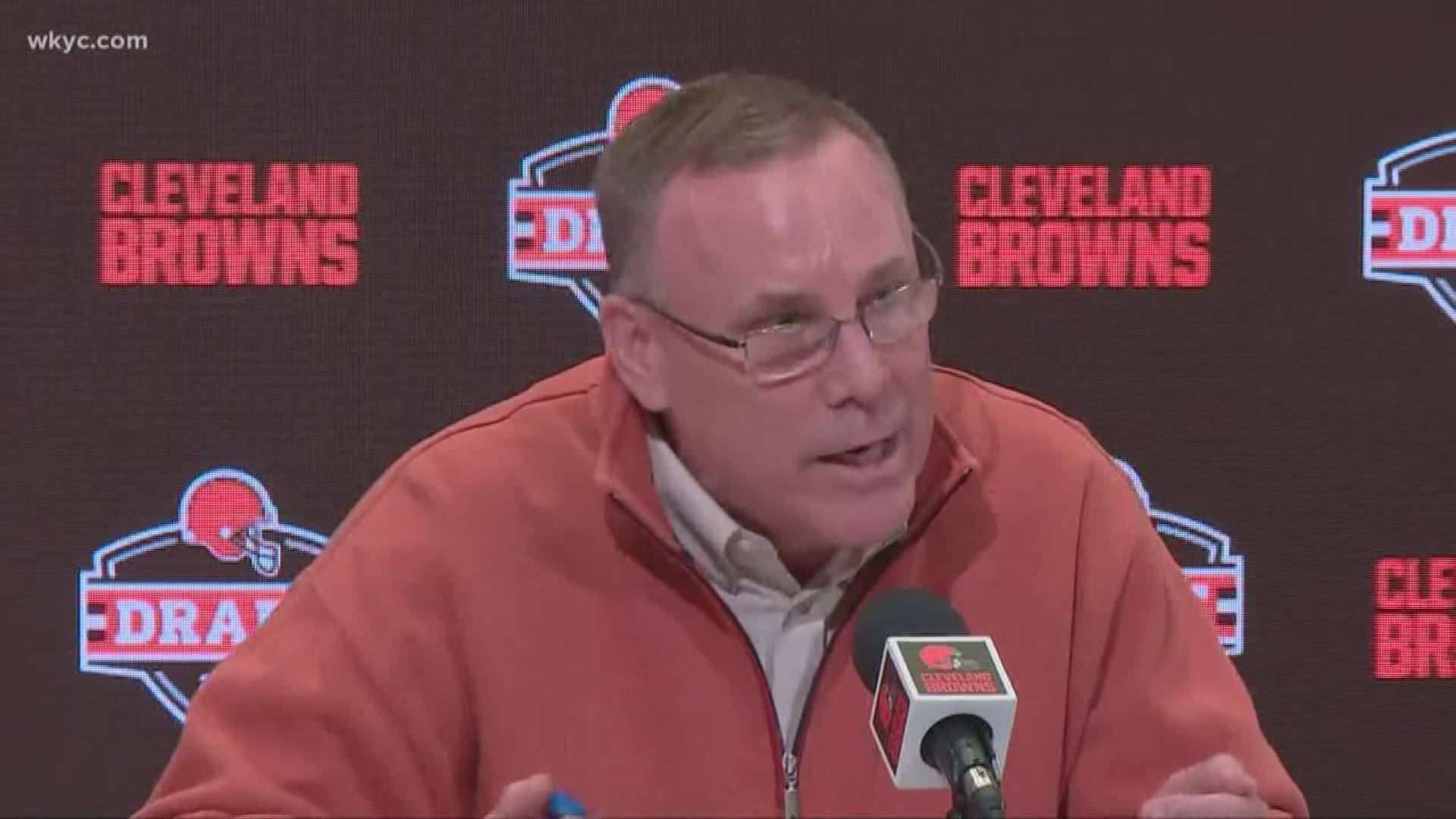 CLEVELAND — Coach Freddie Kitchens was not the only one who paid a steep price for the Cleveland Browns’ 6-10 record during the 2019 season, as the team agreed to “mutually part ways” with general manager John Dorsey on Tuesday afternoon.

Dorsey was the Browns’ seventh general manager since the start of the 2005 season and his teams went 13-18-1, but the weight of lofty expectations placed upon the franchise because of their assembly of talent proved too much to bear.

According to multiple reports, Dorsey and the Browns mutually parted ways after the GM would not agree to a restructuring of power, and reaction to Cleveland’s latest personnel move was swift and wide ranging.

Former Browns executive Joe Banner was fired by the Haslam family after the 2013 season and was among the first to weigh in on the move, taking the opportunity to criticize the organization.

Like Banner, there were no shortage of fans who lashed out at the Browns in anger for letting go of the general manager who brought in two Pro Bowl receivers through trades (Jarvis Landry in 2018, Odell Beckham Jr. in 2019), as well as quarterback Baker Mayfield, running back Nick Chubb and defensive back Denzel Ward through early-round picks in the 2018 NFL Draft.

“It was completely stupid because you didn’t give the man a chance,” said Preston Blankenship.

“I do think they should’ve kept Dorsey,” said Jamey Keegan.

“I think Haslam needs to go to be honest with you,” said Bill Spitler.

“With them getting rid of coaches and players every other year it seems like, no one wants to come here,” said Keegan.

So what’s it gonna take for something to stick?

“I think the ownership needs to hire a consultant to tell them what to do professionally and what direction to go in,” said Jim Washtock.

Some fans are longing for consistency. Dorsey was the Browns 7th GM since the start of the 2005 season.

Others are clinging to their faith.

“It’s all about faith. That’s why we’re still fans after all these years,” said Washtock.

On social media, many took direct shots at the Haslams.

Along with the angry responses, there were those who looked at the deeper meaning behind the move, including the opinion that Dorsey took too many risks that did not pan out, be it through draft picks or trades.

Also, some speculated that by parting ways with Dorsey, the Browns might be laying the groundwork for the next head coach to pick his own personnel leader.

Regardless of the debate of whether parting with Dorsey was the right move or not, the Browns have another vacancy to fill and no shortage of contenders vying for the same candidates to fill their high-level openings, both on the field and in the front office.