Kevin Stefanski's reported hiring by the Cleveland Browns was met with concern andquestions on social media from fans concerned about the direction of the franchise. 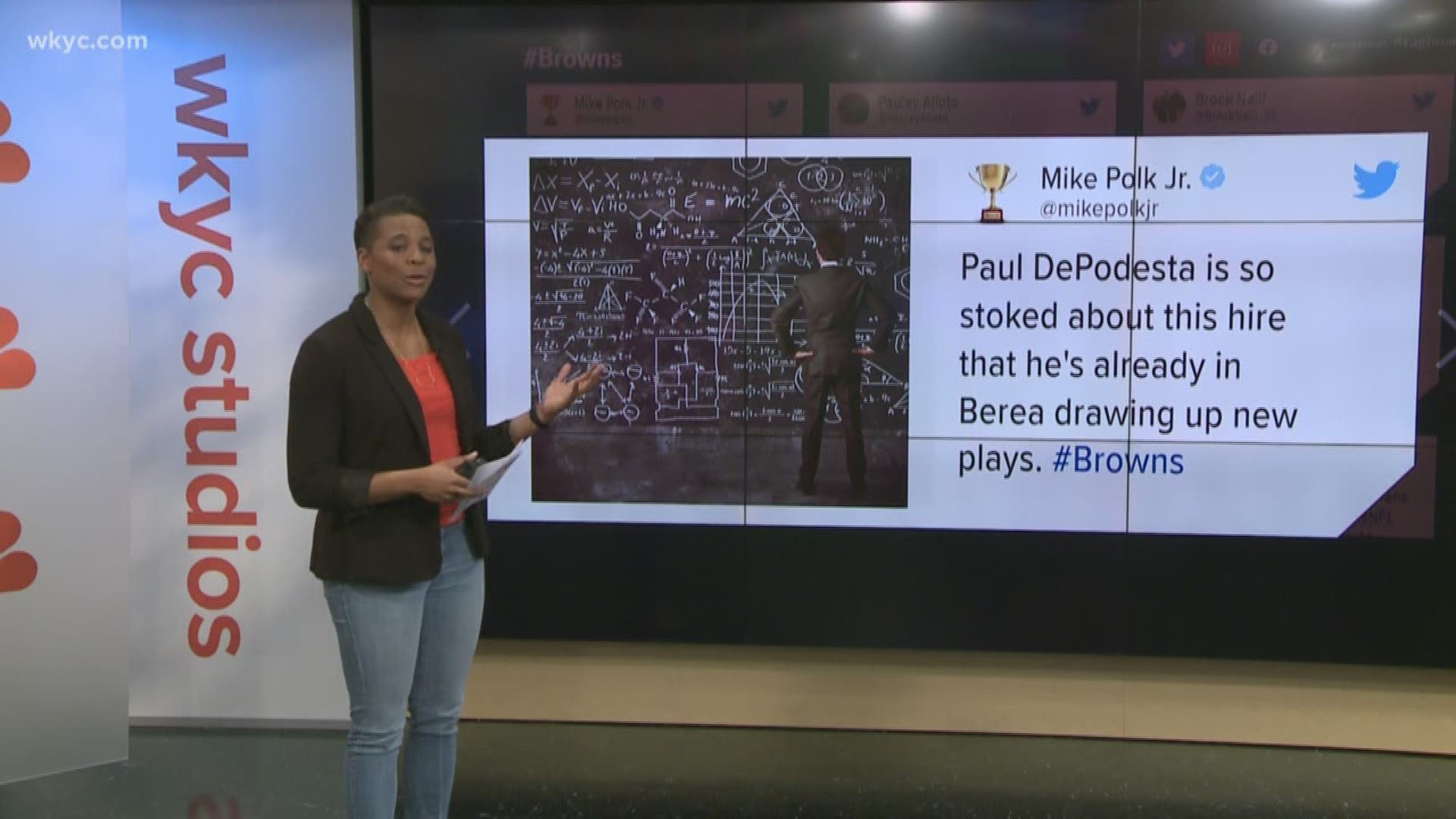 CLEVELAND — After an extensive search, the Cleveland Browns reportedly have hired their next head coach in former Minnesota Vikings offensive coordinator Kevin Stefanski, one day following his team’s elimination from the NFC Playoffs by the San Francisco 49ers.

A finalist for the opening for the second consecutive year, Stefanski reportedly was hired despite the Vikings struggling to move the ball in a 27-10 loss to the 49ers at Levi’s Stadium in Santa Clara, California. Minnesota’s offense totaled 147 yards on 45 offensive plays, an average of just 3.3 yards per snap in the NFC Divisional Playoffs.

Reaction was swift after reports emerged about Stefanski’s hiring and skewed toward the negative.

There were those who looked at Stefanski’s hire as a win for the analytics department, headed up by chief strategy officer Paul DePodesta, who was put in charge of the fifth coaching search in seven years under the Haslam ownership group.

Then, there were those fans who expressed anger over the Browns picking a coordinator whose offense struggling mightily in the biggest game of the season.

Others felt that Stefanski’s hire does not mean much to the long-term future of the team.

Some Browns fans were frustrated with the fact that McDaniels seemed to be the favorite for the position, only to wonder what happened in Friday’s day-long interview at team headquarters in Berea that caused the committee to shift its focus to Stefanski.

While they were far and away the minority, there were Browns fans who looked at the hire in a positive/give it a chance kind of way.

Regardless of the feelings about Stefanski’s hire, he has a lot of work to do in building the Browns into a contender.

A lack of discipline derailed the Browns’ once-promising hopes to break the NFL’s longest active playoff drought. The Browns (6-10) last qualified for postseason play during the 2002 season.

In 2019, the Browns were flagged for the league’s sixth-most penalties, 122 infractions that cost the team 1,106 yards. Those 1,106 yards represented the fourth-highest total in the NFL this past season.

Quarterback Baker Mayfield and the Browns’ offense had some growing pains during the 2019 season despite the presence of Pro Bowl-caliber receivers and running backs in Odell Beckham Jr., Jarvis Landry, Nick Chubb and Kareem Hunt.