Report: Mike McCarthy’s interview with Browns moved to next week

Reportedly, Mike McCarthy’s interview with the Cleveland Browns has been moved to next week. 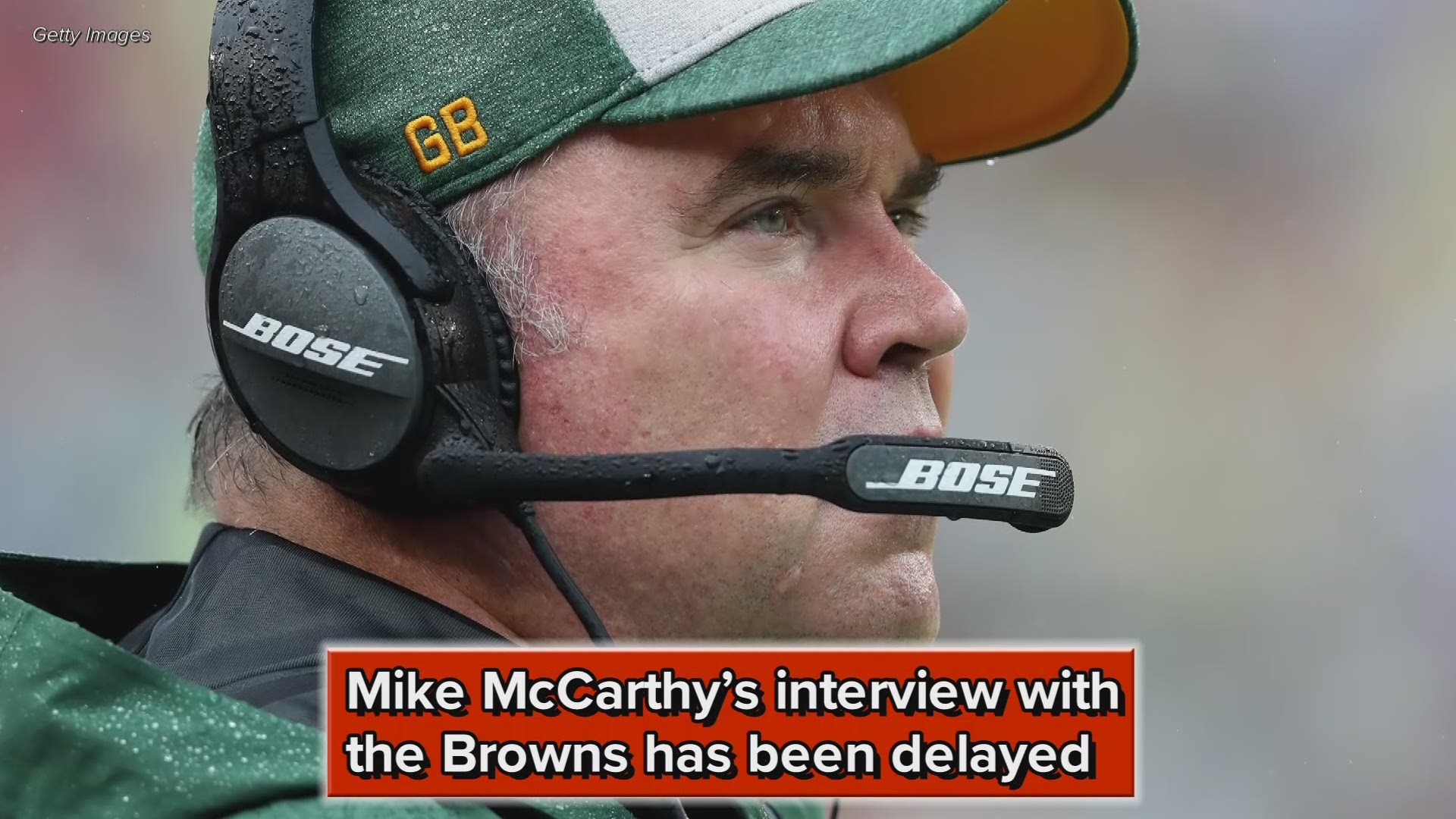 According to Rob Demovsky of ESPN.com, McCarthy’s interview has been rescheduled for some time next week.

McCarthy is expected to interview for the New York Jets’ head coach opening, and Demovsky believes “that could end up being the place for McCarthy if he decides to coach in 2019.”

McCarthy is a long-time NFL coach, most recently for the Green Bay Packers. McCarthy spent 13 years with the Packers before being let go late in 2018 after Green Bay had fallen out of playoff contention for the second consecutive season.

Credit: Joe Robbins
Green Bay Packers coach Mike McCarthy calls in a play during the first half against the Seattle Seahawks at Lambeau Field in Green Bay, Wisconsin on September 10, 2017.

Known as an offensive-minded coach based on his history as quarterbacks coach of the Kansas City Chiefs (1995-1998) and Packers (1999), as well as coordinator for the New Orleans Saints (2000-2004) and San Francisco 49ers (2005), McCarthy successfully navigated a difficult transition from Hall of Fame signal-caller Brett Favre to Aaron Rodgers, who has become a multi-time Pro Bowl selection.

After the transition to Rodgers, McCarthy led the Packers to the Super Bowl XLV Championship with a win over the Pittsburgh Steelers at then-Cowboys Stadium in Arlington, Texas following the 2010 regular season.

McCarthy has connections to several members of the Browns’ front office from his time with the Packers, namely general manager John Dorsey, assistant GM Eliot Wolf and Alonzo Highsmith, the vice president of player personnel.

McCarthy was scheduled to be the Browns’ third interview this week, along with current interim coach/defensive coordinator Gregg Williams and Jim Caldwell, the former coach of the Indianapolis Colts and Detroit Lions.