According to Mike Florio of Pro Football Talk, Browns wide receiver Odell Beckham Jr. could face punishment from the NFL for his antics during LSU's national title. 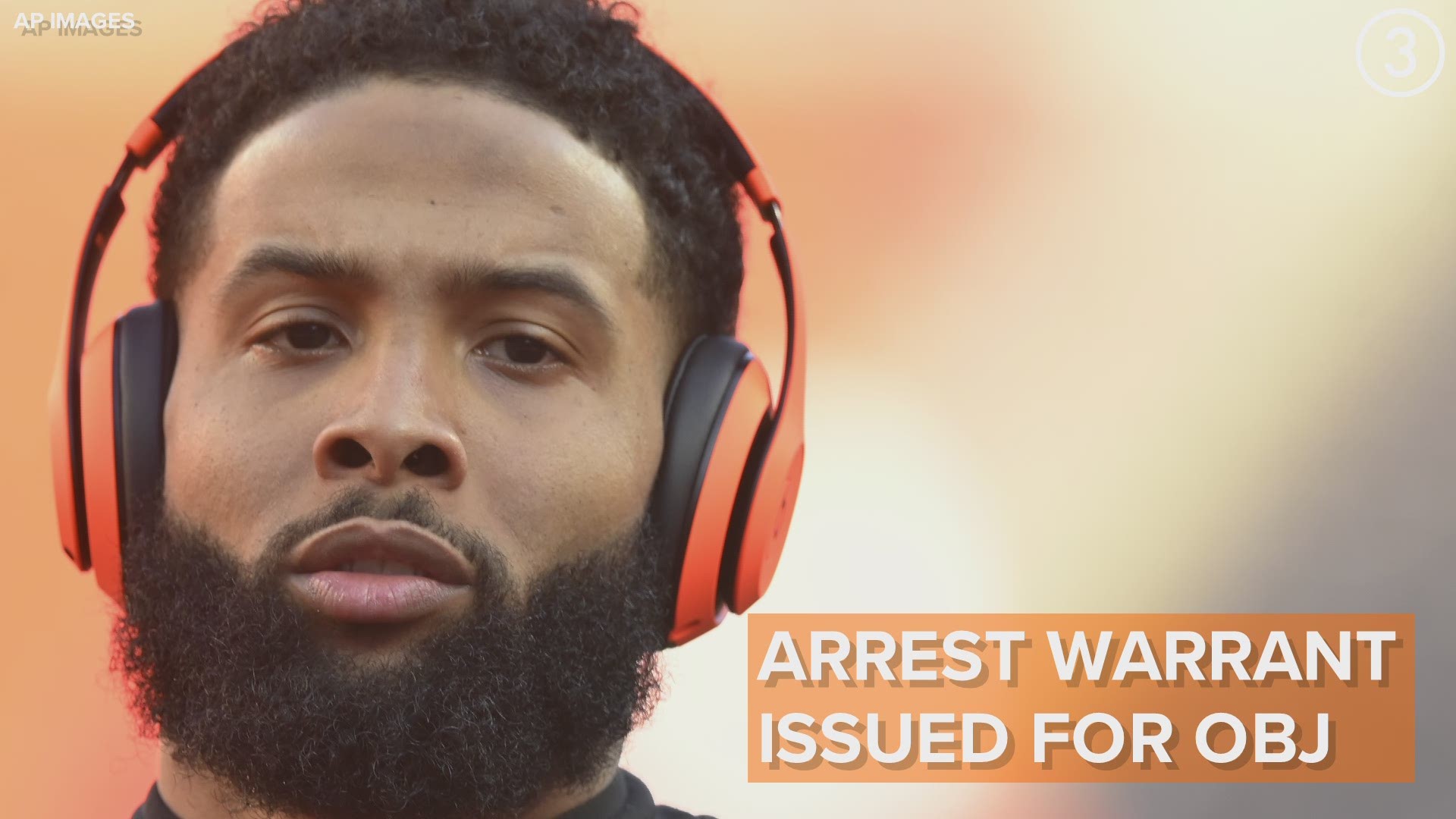 CLEVELAND — After LSU beat Clemson to win the College Football Playoff championship on Monday night, it was Odell Beckham Jr. who found himself front and center during the team's celebration.

But while Beckham's antics -- most notably handing cash to players and allegedly slapping a security guard's butt in the locker room -- appear to only affect Beckham and his alma mater, the 3-time Pro Bowl receiver's current team could also suffer consequences as the result of his actions.

According to Mike Florio of Pro Football Talk, Beckham's behavior may have resulted in violations of the league's personal conduct policy. On Thursday, the New Orleans Police Department issued an arrest warrant for Beckham charging him with simple assault after a video showed the Cleveland Browns receiver allegedly slapping a Mercedes-Benz Superdome police officer on the rear end.

Per Florio, the league's policy prohibits “[c]rimes against law enforcement, such as obstruction, resisting arrest, or harming a police officer or other law enforcement officer."

In addition to the incident with the security officer, Beckham could face scrutiny from the NFL for handing out money to players on the field following the game. While Beckham's actions would traditionally constitute an NCAA violation for the LSU players and/or the school, the NFL could punish the 2014 NFL Offensive Rookie of the Year under its catch-all ban regarding “[c]onduct that undermines or puts at risk the integrity of the NFL, NFL clubs, or NFL personnel.”

As Florio noted, the NFL could be incentivized to punish Beckham in an attempt to dissuade other players from potentially committing NCAA violations. It also wouldn't be the first time the NFL punished a person for infractions committed at the college level, as former Ohio State quarterback Terrelle Pryor served a 5-game suspension to start his NFL career for infractions committed during his college career.

“We are aware of the incident and have been in touch with Odell and his representatives on the matter," the Browns said in a statement. "They are cooperating with the proper authorities to appropriately address the situation."