One of the Cleveland Browns' preferred candidates for their general manager opening, NFL executive Andrew Berry is hesitant about rejoining the organization. 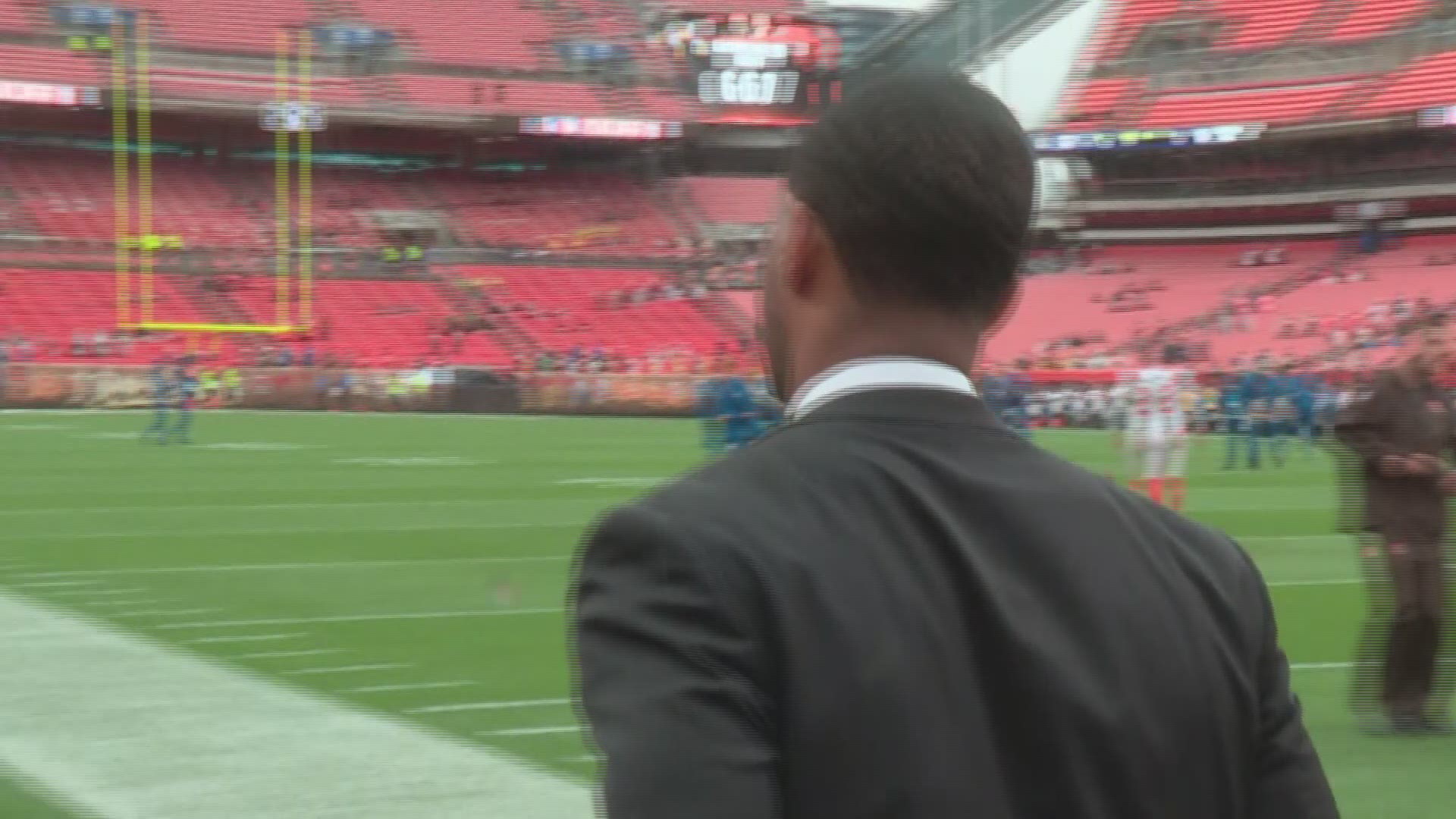 CLEVELAND — Philadelphia Eagles executive Andrew Berry reportedly is at the top of the Cleveland Browns’ wish list of candidates to fill their general manager vacancy, but does the young executive want to return to the organization?

Berry, 32, worked with the Browns as the organization’s vice president of player personnel from 2016 through 2018, and the fact that the franchise’s front office has undergone two changes in personnel decision-makers since Week 14 of the 2017 season has him concerned about returning.

“I’m told there is league-wide interest in Andrew Berry,” Dustin Fox, the afternoon drive co-host on Cleveland’s 92.3 The Fan, wrote on Twitter earlier this week. “He does not HAVE to take the Browns GM position. He has options and is also wary based off of what happened in the past.”

What happened in the past has been near constant turnover since the end of the 2015 season.

After parting ways with GM Ray Farmer and coach Mike Pettine following a 3-13 season in 2015, the Browns turned over control of the 53-man roster to their former general counsel, Sashi Brown, and he embarked on a complete teardown and rebuild of the team.

Brown’s rebuilding efforts resulted in a 1-31 record over the 2016 and 2017 seasons and he was dismissed with four games remaining in 2017, only to be replaced by someone with a football-heavy background in John Dorsey.

Following the dismissal of Freddie Kitchens after the team posted a disappointing 6-10 record in the 2019 season, Dorsey and the Browns mutually parted ways.

“It’s been a fast rise, there’s no doubt, and I like Andrew Berry,” Zac Jackson, a Browns reporter for The Athletic, said on “The Ken Carman Show with Anthony Lima” on Cleveland’s 92.3 The Fan Tuesday. “The fact is the first time they hired him, they put him in a really high spot, and in his previous job, he wasn’t even sitting in the room for the draft. He was sitting way down the depth chart with the Colts.

“The Eagles think highly of him, he has a really good job there. I think this has always been the intent, to bring him here and let him be the guy, but if he has any hesitation, and I know it’s been reported that he does, it would only be because of what’s gone on here. Until you build that culture and until you know the plug’s not going to get pulled on you, of course you’re going to have hesitation.”

The reason for any hesitation on Berry’s part is given the fact that the Browns are on their fifth head coach (Rob Chudzinski, Mike Pettine, Hue Jackson, Freddie Kitchens, and now, Kevin Stefanski) and fifth general manager (Michael Lombardi, Ray Farmer, Brown, Dorsey and to be decided) in the seven-plus years the Haslam family has owned the team.

“Coaches get second, third, fourth chances all the time,” Jackson said. “GMs really don’t. He’s only 32. Do I think that he’s ready? I don’t know. Smart people I know think that he is and the Haslams and (Paul) DePodesta being fans of his is certainly a big part of that.

“That would be the only hesitation. If this gets blown up, where does he go? He can kind of sit and wait.”