Cleveland has still not won a season opener since 2004. 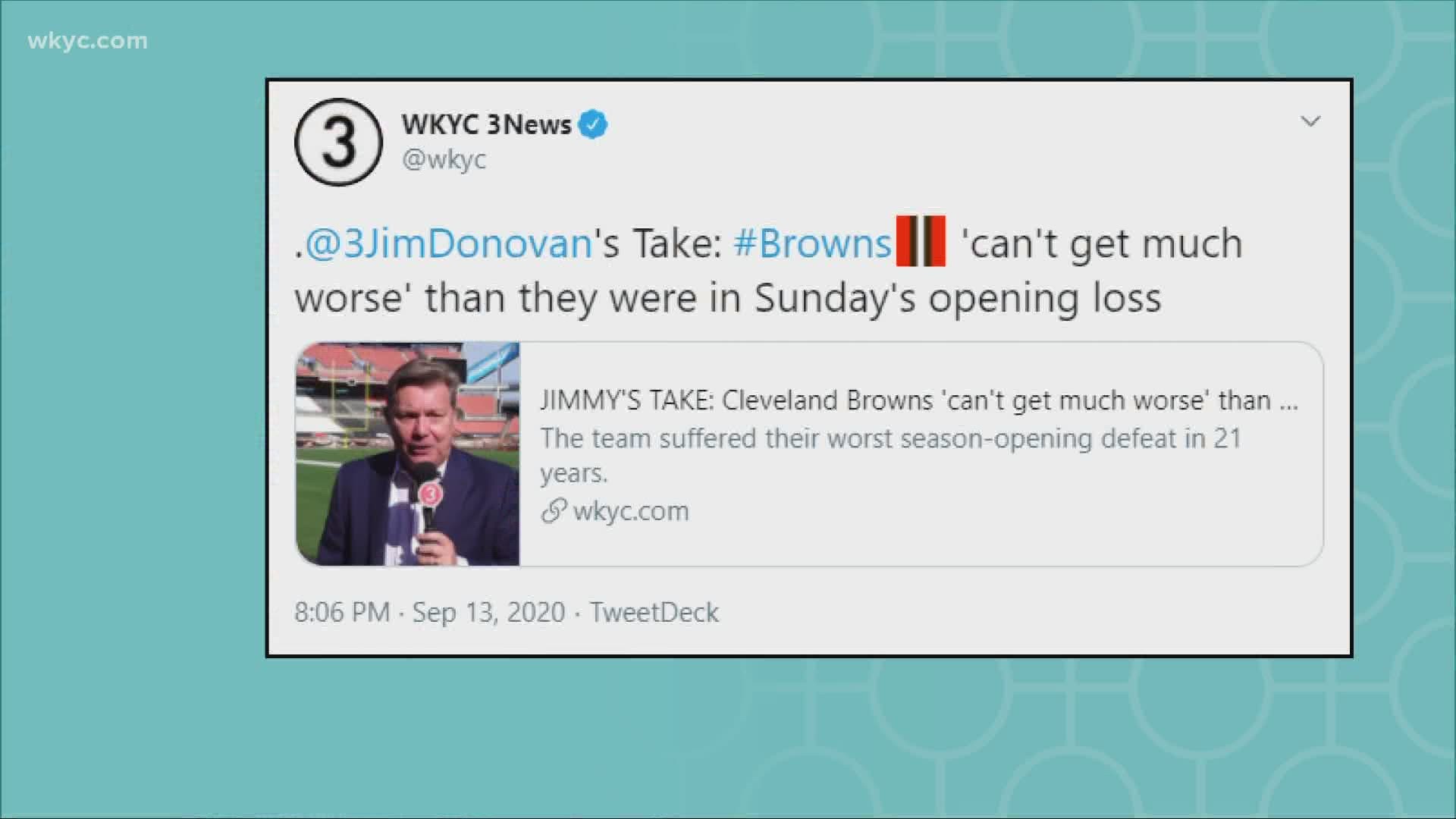 CLEVELAND — Safe to say, that was not what Browns fans wanted.

Cleveland lost its 2020 season opener 38-6 to the Baltimore Ravens on Sunday, extending their woefully long winless stream in such contests to 16 years. Nothing went right for the team all day, as quarterback Baker Mayfield struggled again while the defense was gashed and special teams made numerous errors.

These defeats have come to be expected for Browns supporters, although it was still their worst loss in an opener since getting stomped by the Pittsburgh Steelers 43-0 in 1999, their first game back in the NFL. What was also expected were the opinions from the fans, and boy, there have been many.

Some say they are losing faith, while others are pleading for patience while admitting the product on the field was ugly. Overall, the opinion is mostly the same: This looks all too familiar.

Bloodbath. Not even fun.

It took exactly two series this year to figure out we are who we’ve been the last 2 decades. New unis. New coaching staff. New season. Same tired results.

Not waiting until postgame. Angry Chewie is out after that sack. pic.twitter.com/dCf75v4l87

Growing through the struggle stage @Browns ... how to change the feel of the experience while the energy feel like it’s against you takes a belief in what you are attempting.

we deserve an apology @Browns

Can’t get much worse?! That’s a challenge the Browns will take.

Did the season start already. I thought the game was a replay of last year. Same crappy low lights and results

At what point do we just put the gun to our head and quit?