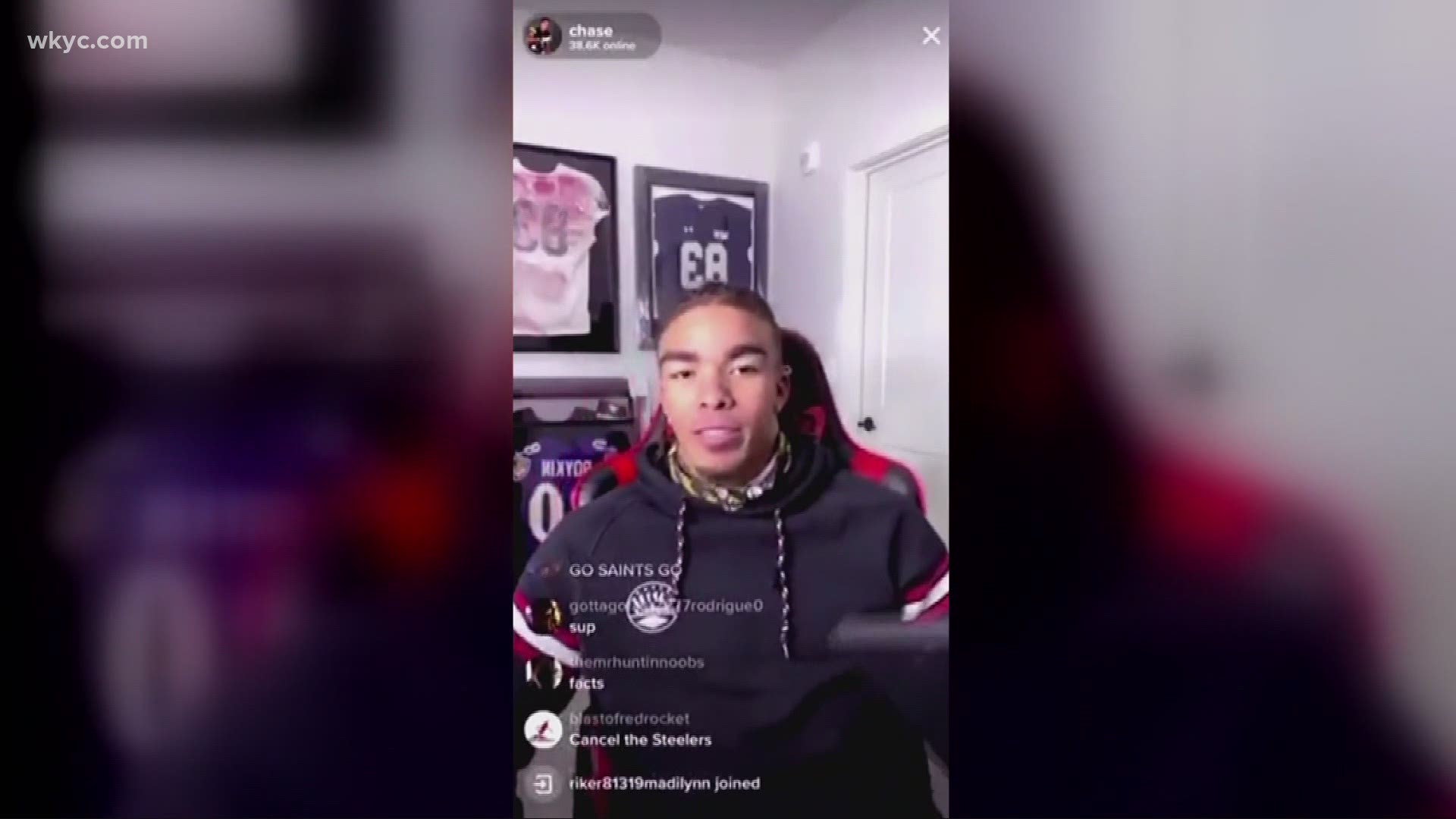 CLEVELAND — Like many, Kansas City Chiefs wide receiver Sammy Watkins found himself surprised as the Cleveland Browns jumped out to a 28-0 lead over the Pittsburgh Steelers in the AFC wild card round on Sunday.

"This is a video game [what the hell] is going on[?]" Watkins tweeted during the Browns' eventual 48-37 victory on Sunday night. "This is weird. I’m speechless. Pretty sure the whole world is shocked [because I've]never seen anything like this in my life. Not in the NFL."

Replying to Watkins' tweet, one fan noted that if the Browns held onto win, they would be heading to Kansas City to face the Chiefs in the divisional round the following week.

"Looks like we got some [competition] next week," the fan wrote to Watkins.

That's when the disrespect started.

"I wouldn't go that far [laugh out loud]!" Watkins replied.

Bulletin board material, of course, is nothing new to Cleveland, which rallied around Steelers wide receiver JuJu Smith-Schuster's comment that "the Browns is the Browns" ahead of Sunday's wild card round matchup. After beating Pittsburgh at Heinz Field, Browns players were quick to throw Smith-Schuster's comment back in his face both in their postgame celebration and on social media.

Following what marked Cleveland's first postseason win since the 1994 season, Browns quarterback Baker Mayfield was asked about the likelihood that his team would be counted out against the Chiefs on Sunday.

In other words, the Browns likely weren't caught off guard by Watkins' comment. But don't be surprised if it winds up on the bulletin board in Berea, nonetheless.