Fans are obviously disappointed, but most are still optimistic the team will be a Super Bowl contender. 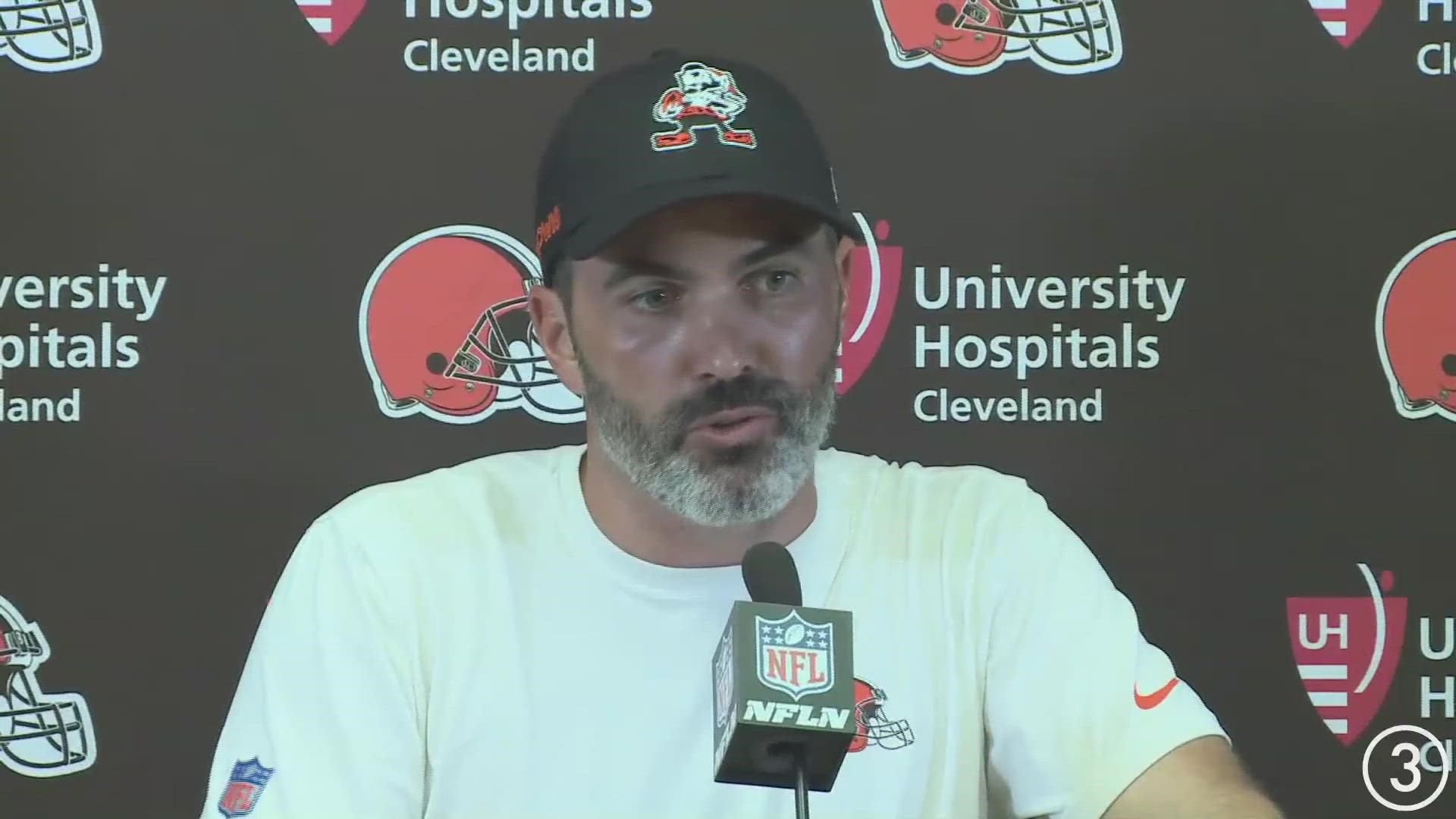 CLEVELAND — It was the ultimate paradox: More of the same, and yet so much different than anything we have seen in recent years.

Of course, we are referring to the Browns' 33-29 season-opening loss to the Kansas City Chiefs on Sunday. Cleveland looked as good as it has in years and seemed to solidify its status among the NFL's elite, but still managed to extend its winless streak in opening games to 17.

Objectively, it was a fun game to watch, with the Browns leading into the fourth quarter. Baker Mayfield and Nick Chubb both looked great, but both also committed costly turnovers that helped KC come from behind.

JIMMY'S TAKE: Browns' opening loss 'a tough one to take,' but there's still plenty of hope

As one could imagine, social media was set ablaze by the matchup, from the big plays to even player ejections. Browns fans are obviously disappointed, but most are still optimistic the team will be a Super Bowl contender.

Baker had a chance to win that game, he didn’t. But I don’t believe he lost it! #Browns great game - time for the home opener

When you play defense like Dallas and Ohio State seldom will you beat a good team.

I still think it's pretty clear the Browns are going to have a monster season.

watch the film, fix mistakes, & bounce back next week! and get healthy!! #GoBrowns

I feel exactly the same way I did after the divisional round: The #Browns have arrived, & I didn't expect them to win this game, but it obviously still stings

That hurts. Should be a fun season though.#Browns

Final from Kansas City, Chiefs 33 - Browns 29…not the end result we were hoping for, but what a promise of things to come. On a related note, I’m anticipating nightmares tonight of Tyreek Hill. #Browns pic.twitter.com/LaTbK2y0KI

Yeah that was a good game!!! I am not deterred. Just more ammunition for later this year! #browns #KCvsCLE #gobrowns

No moral victories, but I’ll be damned if we aren’t at the same level as the Chiefs. We can beat them. A botched punt was really the difference in the game. This stings, but I’m not dejected as I have been in years past. #Browns

How unfulfilling and anticlimactic would Rocky 2 have been had Rocky beaten Apollo in the first film? Respect the universe's chosen narrative. #BrownsvsChiefs

We were without our top WR, starting LT, and 2 safeties. We have 9 new starters on defense.

We were neck and neck with one of the best teams in the league.

We lost, but we will learn!

This year will be a lot of fun!#Browns

We’ll be back. Not often you get to say you beat yourself against Kansas City. Browns are legit. Game delivered