Unlike Week 1, fans were in a good mood postgame, with several expressing their joy at getting to celebrate a 'Victory Monday' tomorrow. 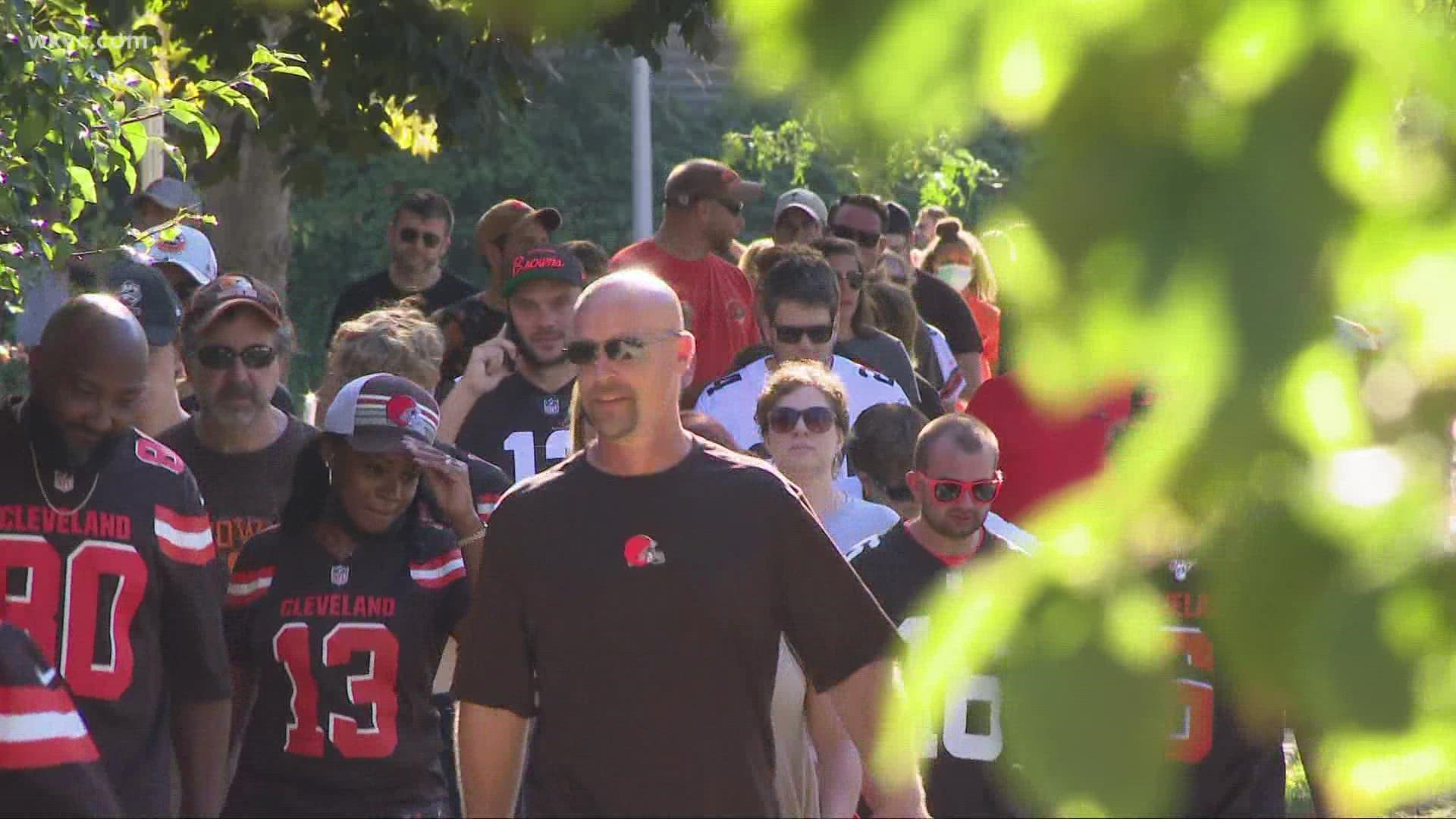 CLEVELAND — The tradition returned to the shores of Lake Erie Sunday, and it was the home fans who went home happy.

The Browns earned a hard-fought 31-21 victory over the Houston Texans in their home opener, overcoming come early sluggishness to pull away late. Baker Mayfield fought through a shoulder injury to score touchdowns both on the ground and through the air, and Nick Chubb helped put the game on ice with a 26-yard scoring run late in the fourth quarter.

While the game was tense at times, it was just what the doctor ordered, especially after last week's gut-wrenching loss to the Kansas City Chiefs. Cleveland is now 1-1, putting them in an early three-way tie for first atop the AFC North.

Unlike Week 1, fans were in a good mood postgame, with several taking to social media to express their joy at getting to celebrate a "Victory Monday" tomorrow. But some concerns still linger, especially when it comes to the Browns' defense.

Check out some of the best reactions we found:

Dang, that was scary. I‘d be happy if Baker never attempts another tackle again ever, lol.
💙💜❤️love, Buckeye Beavr 🌲🦫⚾️🏈#Browns

Good offensive game plan and execution with Landry out.
Defense needs more pressure on QB.
Survive, get healthy and focus on Week 3 opponent!

Never had a doubt that we would lose!!Go Browns!!! ❤️❤️❤️

3rd highest scoring offensive in nfl. They can improve ! pic.twitter.com/5T5p7BeJ3u

Great Team Win and it was great to see the #DawgPound rocking. #Browns fans are undefeated! Let’s bring the same energy next Sunday! Let’s Go #Browns

How fortunate we are to be critical after a WIN #Browns

I'm going to spend the rest of the day thinking about how Baker Mayfield's shoulder was literally hanging out of its socket and he didn't miss a snap. #Browns

Congratulations to the #Browns for beating a feisty Texans team. And that run by Demetric Felton, Jr. was awesome. https://t.co/FY12EgXNTo

Wasn't exactly how we thought it would go but as we know all to well it's not easy to win in the NFL. 1-1 and another date at home next week! #Browns

A win is a win, 4 years ago we didn't win any. Some people need to figure out their negativity. #Browns