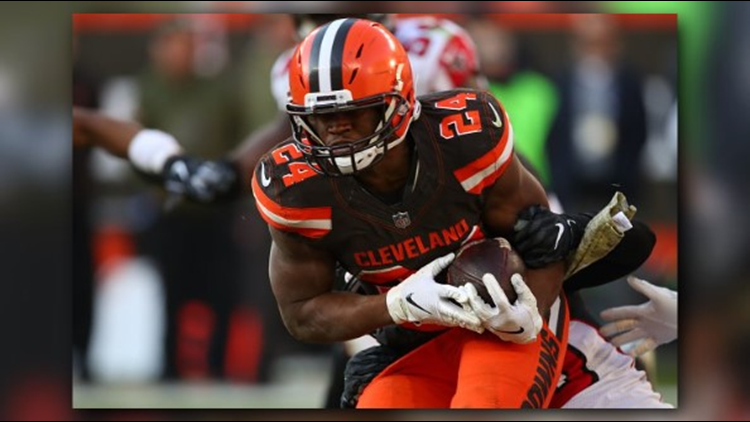 But it wasn't without sacrifice. The team lost its head coach, and faced a series of injuries to key players on the road to the winners circle.

Following the win, fans and critics had lots to say about the Browns' victory. Check out their reactions on social media below.

This win was amazing @Browns thank you for this win

I watched @NickChubb21 set a record today. I knew this game would be a special one! Thank you @Browns for that sweet, sweet W!

Great @Browns game. A complete effort! Gave up some points but everyone played with so much heart! #GoBrowns pic.twitter.com/XDSu57OZW9

Even the elevators earned their stripes today! @Browns #Win pic.twitter.com/k79ql4zBVy

I’m not sure if I’ve come across a more entertaining group of people! Browns win and Clevelanders go ham!!

This is what happens when it’s time to decorate turkeys and Baker has just dissected the Falcons #Browns #Maverick #WokeUpDangerous pic.twitter.com/7CbyFIzDDt

So the #browns won today. Anything is possible #NFL

My son and I love winning #Browns pic.twitter.com/1S5S5fFw1F

I now officially claim the browns as my NFC team

The Browns really got Baker, Chubb, Ward, and Garrett (3 are rookies) once they get a couple good WRs and a improved LBs they’re going to be good af