Despite running eight plays inside the two-yard line, the Cleveland Browns failed to score a touchdown on their second offensive series vs. the Buffalo Bills. 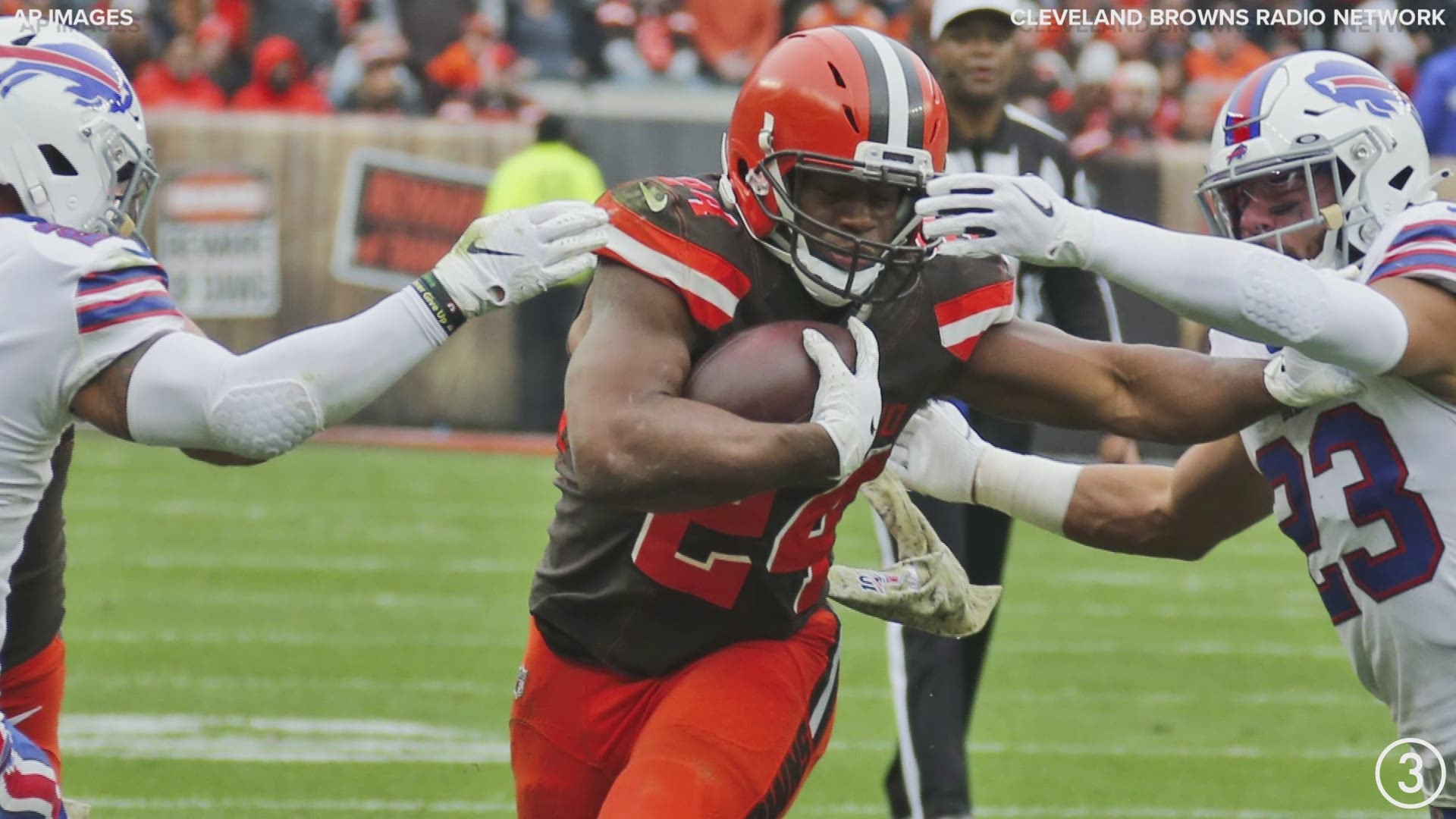 CLEVELAND — Already laying claim to a 6-0 lead, the Cleveland Browns found themselves at the Buffalo Bills' 2-yard line looking to push their lead to two scores.

Eight plays later, however, the Bills had regained possession of the ball thanks to a turnover on downs as the Browns offense somehow managed to reach a new low.

With a pair of defensive pass interference calls helping extend its drive, Cleveland somehow managed to run eight plays just six feet or fewer away from the end zone without punching the ball in. Of the Browns' eight goal line plays, running back Nick Chubb carried the ball five times failing to gain yardage on four of them.

Given the unique nature of Cleveland's offensive struggles, it didn't take long for social media to react to the Browns' second offensive series vs. the Bills.

RELATED: 3 things to watch for: Cleveland Browns vs. Buffalo Bills

RELATED: JC Tretter ‘grateful for blessing to be Cleveland Browns’ player for another three years