Cleveland Browns defensive coordinator Steve Wilks believes Denzel Ward ‘has the capability and talent to be one of the NFL’s top corners.’ 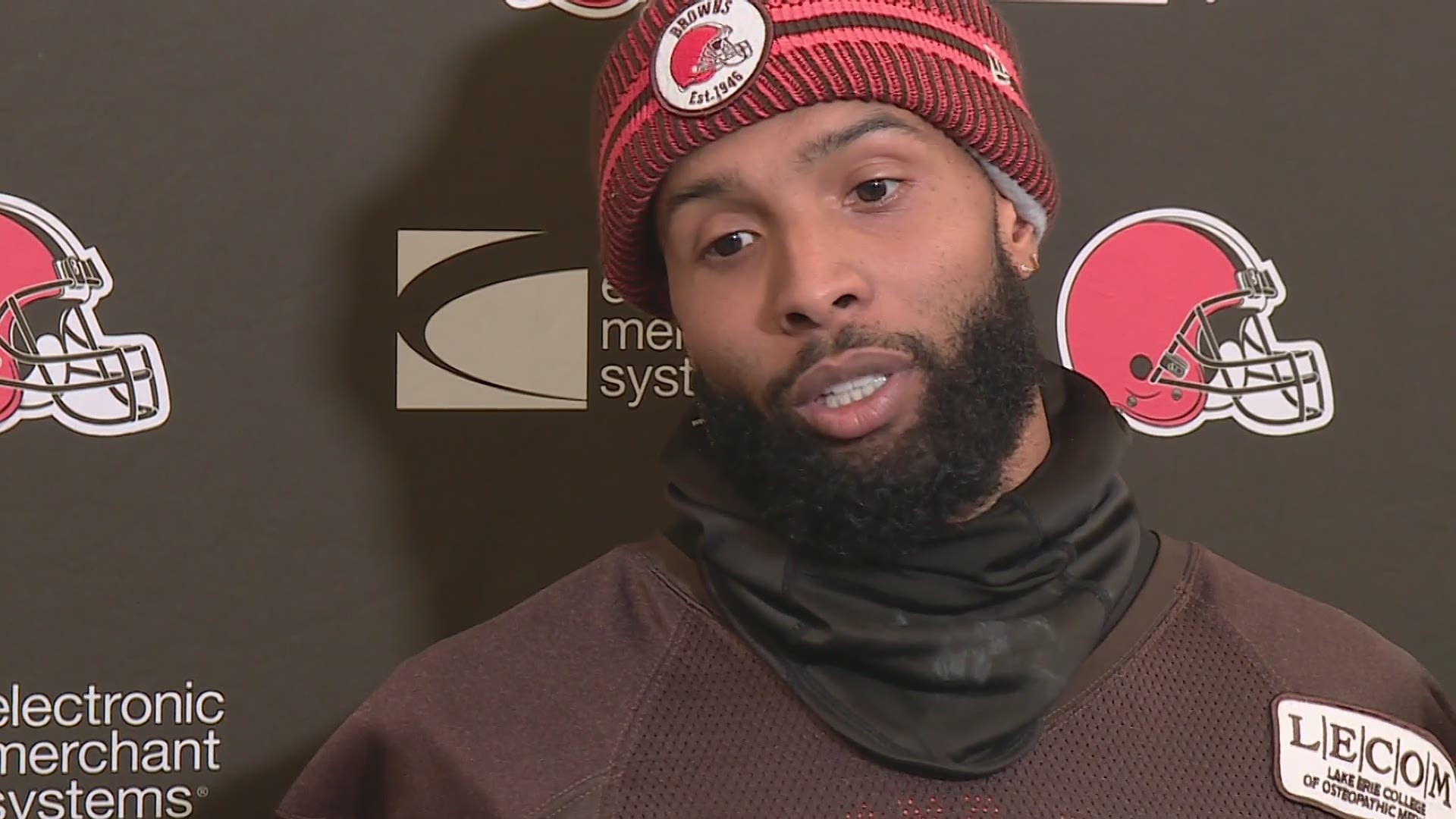 CLEVELAND — Denzel Ward’s second season as a member of the Cleveland Browns has not gone according to plan.

Ward has dealt with injuries, including a hamstring issue that cost him four games, and since his return, the former Nordonia High School and Ohio State Buckeyes standout has given up several big plays. But through it all, the Browns are confident Ward can get things going back in the right direction.

Credit: Ron Schwane
Cleveland Browns defensive back Denzel Ward (21) keeps his eyes on Atlanta Falcons wide receiver Mohamed Sanu (12) in the first half of a game at FirstEnergy Stadium in Cleveland on Sunday, November 11, 2018.

The Broncos went three-and-out on their first possession in last Sunday’s 24-19 victory, but they tested the Browns’ secondary on their second drive and came up with a score.

On first-and-10 from the Cleveland 21-yard line, quarterback Brandon Allen took the snap from center, looked right and lofted the ball down the sideline for wide receiver Courtland Sutton. Despite tight coverage from Ward, Sutton made the catch and retained possession of the ball throughout the play for the touchdown.

With the successful point-after try, the Broncos held a 7-0 lead over the Browns with 6:09 to play in the first quarter, and rode that early momentum to victory.

“I thought Denzel was in great position,” Wilks said. “I thought he did a tremendous job within the down at the line of scrimmage. The one thing that is different with the point of attack right there is he needs to go back and attack the ball as we coach and we talk about all the time.

“He laid out for it as if the ball was coming over the top, and it allowed for Sutton to go over the top of him. The easiest thing for him to do is to come back and go up for the ball at that particular point in time. He may not catch it himself. but he would not allow Sutton to catch it, and that is the key thing.

“I do not think the size difference was a challenge at all. I thought Denzel was in great position. He just did not execute his technique.”

After putting together a Pro Bowl year as a rookie in 2018, Ward has registered 13 total tackles, including 10 solo stops and three assists with three passes defended and a fumble recovery through just four games this season.

The key for the Browns’ defense moving forward is getting Ward and the other 10 players on the field to execute at a high level on a consistent basis.

“I can’t tell you when those three or four plays are coming, so we have to play each play as if it is going to make a difference in the ball game,” Wilks said. “You can’t see change of speed out there. You have to see guys going full speed on each and every play.

“Our guys are upbeat. They are very spirited. This is the second half of the season. We talked about it is no different than coming out of the locker room at halftime. We have to start fast this third quarter. That is the mindset that we have, and we are just going to try to take it one game at a time.”