Second-year Cleveland Browns quarterback Baker Mayfield avoided breaking a bone in his hand in Sunday's loss to the Pittsburgh Steelers. 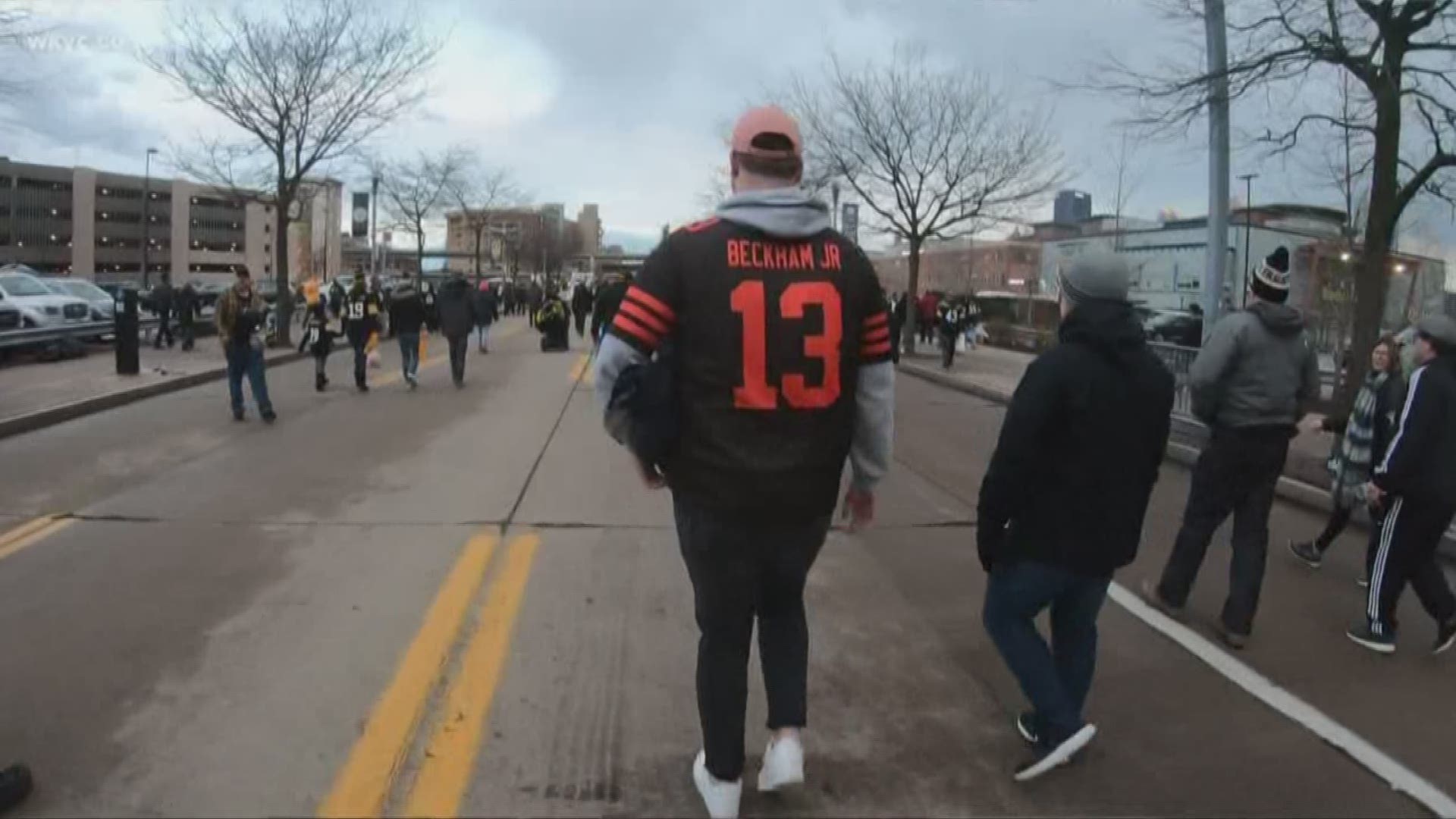 CLEVELAND — Quarterback Baker Mayfield and the Cleveland Browns entered Sunday’s game against the Pittsburgh Steelers at Heinz Field in Pittsburgh ready to keep alive a winning streak and sweep a regular-season series against their chief AFC North Division rival.

Also, the Browns had a chance to break a 15-year losing streak in Pittsburgh, especially given the fact that the Steelers were severely undermanned without wide receiver JuJu Smith-Schuster (concussion/knee) and running back James Conner (shoulder) and fourth-string quarterback Devlin “Duck” Hodges under center.

However, after jumping out to a 10-point lead in the second quarter, the Browns (5-7) suffered a 20-13 setback to the Steelers (7-5) and returned from Heinz Field just as they had every other season since 2004, on a long bus ride back to Berea after a loss.

“We had to stay consistent,” Mayfield said. “You can’t be satisfied. You have to hit the reset button and go back out there and do your job, no matter what the score is, no matter the situation. It hurt us not being able to score and them getting the points before half, and then, getting the ball back right after that.”

Here is a look at Mayfield’s performance against the Steelers:

Mayfield completed 18 of his 32 throws for 196 yards with one touchdown against one interception and a lost fumble. Additionally, Mayfield scrambled once for a two-yard gain that gave the Browns a first down in the first half.

Mayfield finished the game with a 71.9 quarterback rating, more than 20 points lower than Hodges (95.7) posted against the Browns’ defense.

“We’ve been able to make the plays we needed recently at home when it came to critical moments,” Mayfield said. “On the road, it’s in the even finer details. We learned that we didn’t make one more play than they did, and it’s in all three phases. It’s not like it’s in one area we can blame. It’s everybody, collectively, as a unit.”

Despite the scare, Mayfield returned to play the whole second half.

“It hit the facemask, obviously, with a little bit of speed and force trying to throw the long ball,” Mayfield said. “X-rays were negative, so that’s good news. It got a little numb, took some medicine and went back out there, so we’ll see.”

“I fully expect to be able to play,” Mayfield said when asked if he will start against the Bengals. “Some compression, ice and a wrap. It’s a club.”

What are they saying?

The loss to the Steelers puts the Browns’ playoff hopes in doubt, as it already eliminated them from contention in the AFC North Division.

“We just have to get back to a singular focus,” Mayfield said. “We can’t control the things on the outside. We have to take care of our business, and that’s all we really can focus about.”

Offensive lineman Joel Bitonio added, “He came back out there and he played. That is as much as I know about it, and we will see how it goes from there. I think he was fine, and I think he fought through whatever it was. He’s a tough guy, so he battled.”