The Cleveland Browns are ready to move on from Sunday's 43-13 loss to the Tennessee Titans at FirstEnergy Stadium. 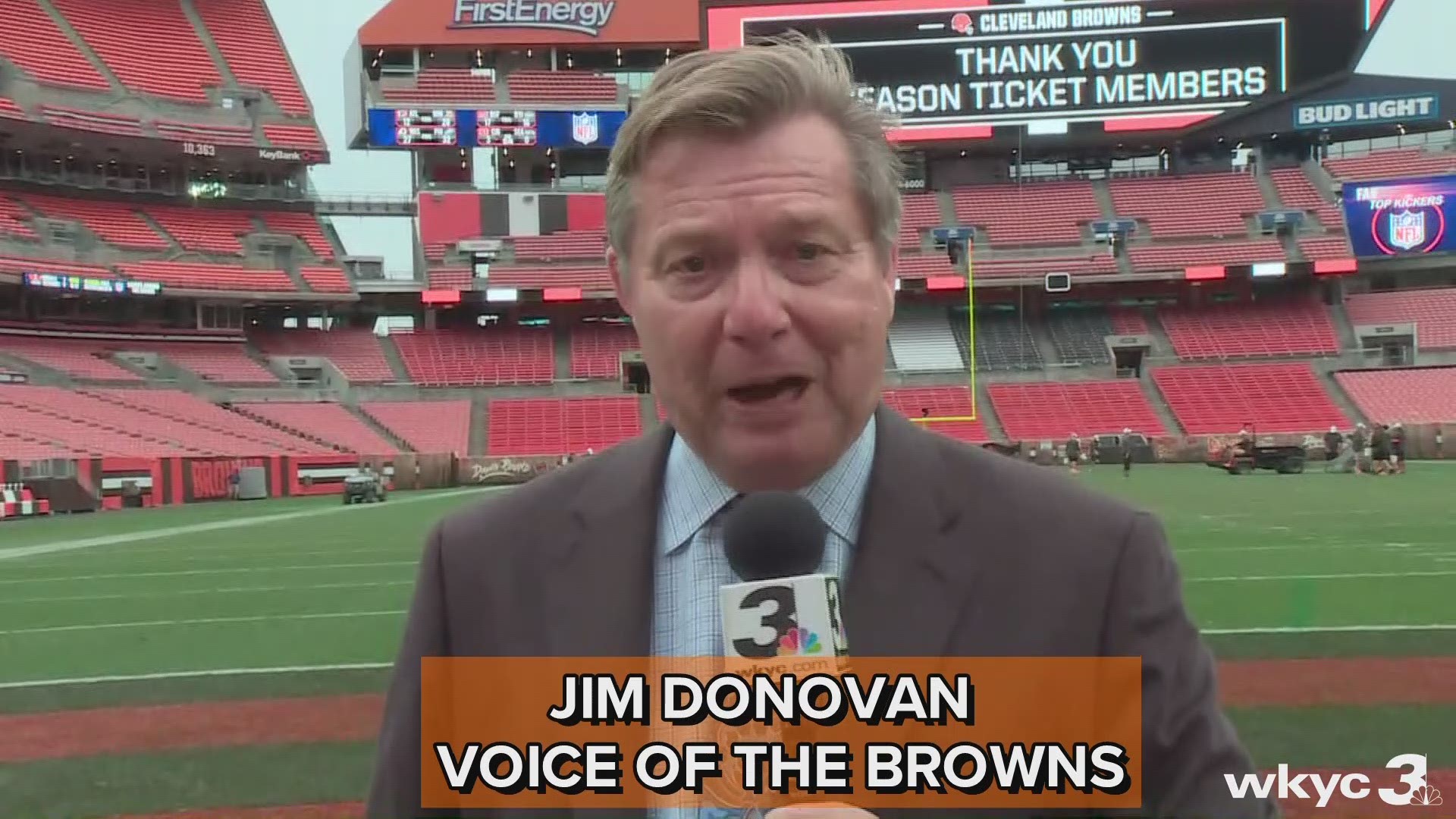 CLEVELAND — How will the Cleveland Browns respond to adversity?

That question is going to be asked of the players a lot over the next seven days as they look to bounce back from Sunday’s 43-13 loss to the Tennessee Titans in the regular-season opener and prepare for their Week 2 game on Monday Night Football against the New York Jets at MetLife Stadium in East Rutherford, New Jersey.

Despite the multitude of mistakes, including penalties, interceptions and sacks allowed, quarterback Baker Mayfield believes the Browns have what it takes to overcome the early-season adversity.

“Everybody is going to throw this in the trash,” Mayfield said. “I think that is good. I know what type of men we have in this locker room. Quite frankly, I do not give a damn what happens on the outside. I know how we are going to react. I know what we are going to do. We are going to bounce back. We have a Monday night game coming up, so we do not really care. We are ready to go.

“We just need to rally together. Don’t flinch. It is Game 1 of a long season. To get to where we want to go, you are going to have bumps in the road. How to react to it, we are going to come together. We are going to push forward. We are not going to let it define us and let’s see what type of men we have in this locker room. I am pretty sure I have a good idea about it.”

The Browns committed 18 penalties for 182 lost yards, lost their starting and backup left tackles, Greg Robinson (ejected) and Kendall Lamm (knee injury), in the first half and had an inability to keep Mayfield from being sacked.

All of the negatives added up to the 30-point loss to the Titans, but instead of sharing the blame, Mayfield accepted responsibility for the setback.

“We are trying to eliminate the negative ones,” Mayfield said following the Browns’ 15th consecutive season-opening loss. “That is exactly opposite of what we did, and that falls back on me.”

Robinson had a shorter than expected afternoon against the Titans because of an emotional outburst.

Following a two-yard gain from running back Nick Chubb in the second quarter, Robinson fell to the ground, and while on his back, delivered an up kick to the facemask of a Titans defender and was penalized 15 yards for unsportsmanlike conduct, but that was only the start of the punishment.

After the officials huddled near the Browns’ sideline, it was determined that Robinson’s actions warranted a disqualification and he was ejected from the game late in the second quarter.

Robinson’s infraction and subsequent ejection were just one example of undisciplined play by the Browns in the first half.

The Browns committed nine penalties for nearly 100 lost yards in the first half against the Titans.

Mayfield completed 25 of his 38 attempts for 285 yards and one touchdown, but threw interceptions on three drives in a four-possession stretch during the second half, the last of which was returned by cornerback Malcolm Butler 38 yards for a touchdown with 3:02 to play in the fourth quarter.