Time for concern? What can coach Freddie Kitchens do to fix Cleveland Browns’ issues before Week 2?

Coach Freddie Kitchens has plenty to work on before the Cleveland Browns take on the New York Jets on Monday Night Football in Week 2. 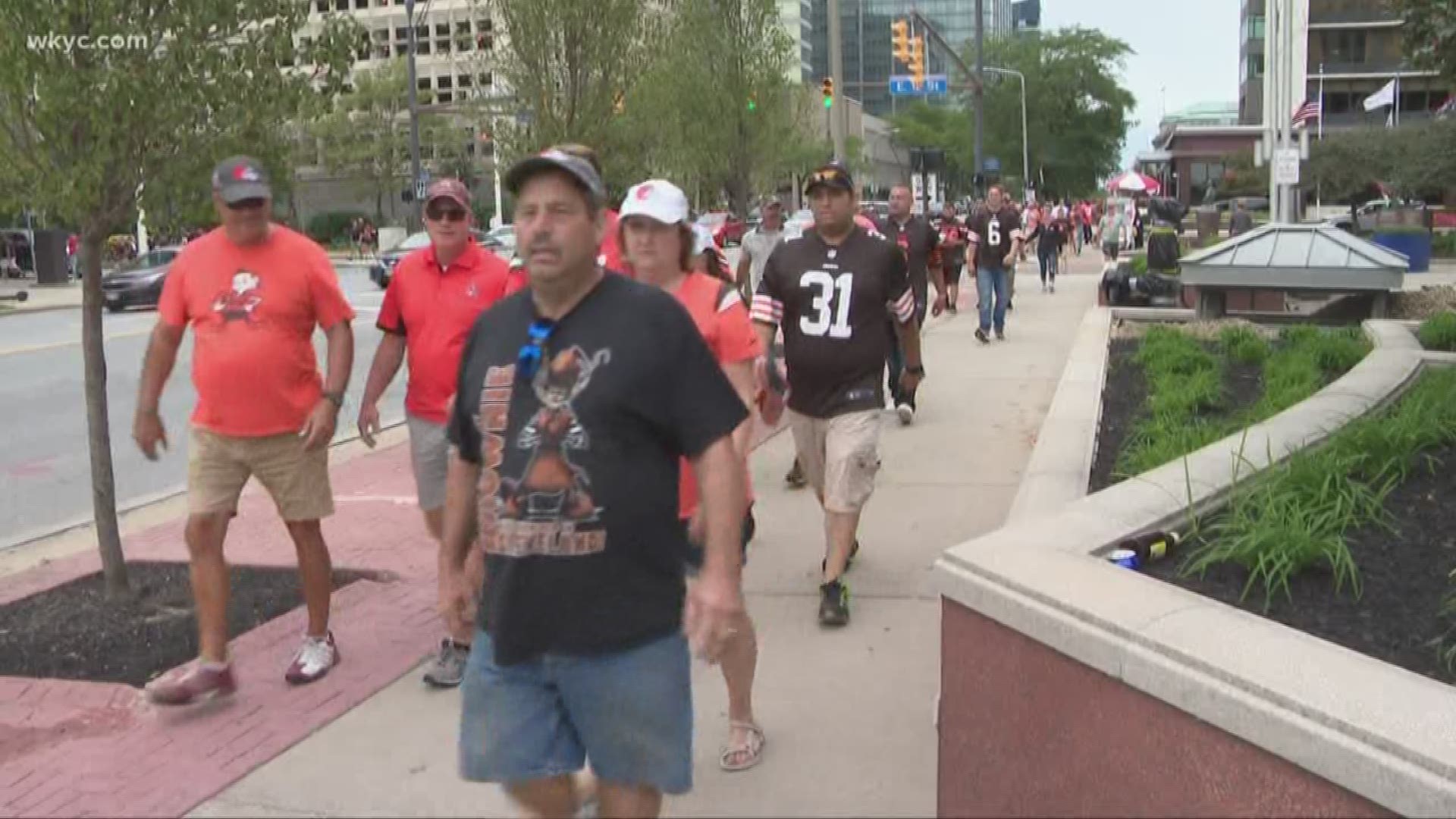 CLEVELAND — The Cleveland Browns’ 43-13 season-opening loss to the Tennessee Titans at FirstEnergy Stadium Sunday was only one game, but it was a misstep of near-historic proportions for a team with playoff aspirations after an exciting offseason of additions to the roster.

The Browns looked like a team out of control, as they committed 18 penalties, had one player, left tackle Greg Robinson, get disqualified for kicking a Titans defender in the head and first-year coach Freddie Kitchens was unable to pull the right strings to reverse course and get things going in a positive direction.

“The world is not falling right now,” Kitchens said after the loss to the Titans.

“The season is not over. We have 15 more games. This is only one. It is very hard to go 16-0. This is one game, and if we can learn more from this game early on, then so be it. It is good. Adversity is hitting early, and we are going to find out what kind of team we have now.”

Understandably, football analysts outside of the organization believe there is reason to be concerned, but should Browns fans be worried about Kitchens being the on-field leader?

Here are three things Kitchens can do to improve the Browns’ play and assuage the concerns that are beginning to develop.

Throughout training camp, Kitchens said, “The Browns do not practice penalties,” and while no team likes to give up free yards, Cleveland took things to the extreme against the Titans.

The Browns not only committed 18 penalties for 182 lost yards, but several were personal fouls that cost the team 15 yards each time.

The 18 penalties were tied for the second-most ever in franchise history and the most since 1951.

“That is not the way we want to be represented,” Kitchens said. “We lost our discipline and we lost our composure, but it is one game and we are going to be tested. You either take adversity and run together and run toward each other or you run away.”

Over the final eight games last season, Chubb nearly rushed his way into the Pro Bowl.

Chubb rushed for 788 of his 996 yards and five of his eight touchdowns on 140 carries under Kitchens’ direction in the second half of the 2018 season. After the changes in the coaching staff, Chubb averaged 5.63 yards per carry and became a contributing player in the passing game as well.

Against the Titans, Chubb rushed for 74 yards on 16 carries, but he had only six rushes for 24 yards over the first half of play.

How the Browns respond to the early-season adversity will go a long way in telling fans what kind of leader Kitchens is.

If the Browns come out and play well in their Monday Night Football game against the New York Jets at MetLife Stadium in East Rutherford, New Jersey, the loss to the Titans will be a distant memory. If the Browns struggle again, then a pattern of issues begins to develop.

Kitchens is not yet concerned about the season falling off the rails and expects the team to put together a good week of work in practice and even up their record.

“I think we have a bunch of guys who are going to run toward each other and we are going to be fine,” Kitchens said. “It is one game. I do not care. It counts on the scoreboard, but each game counts one time. That is the way we are going to approach it.”