As the Cleveland Browns look to upgrade their offensive line, a pair of Pro Bowl veterans have emerged as potential trade targets. 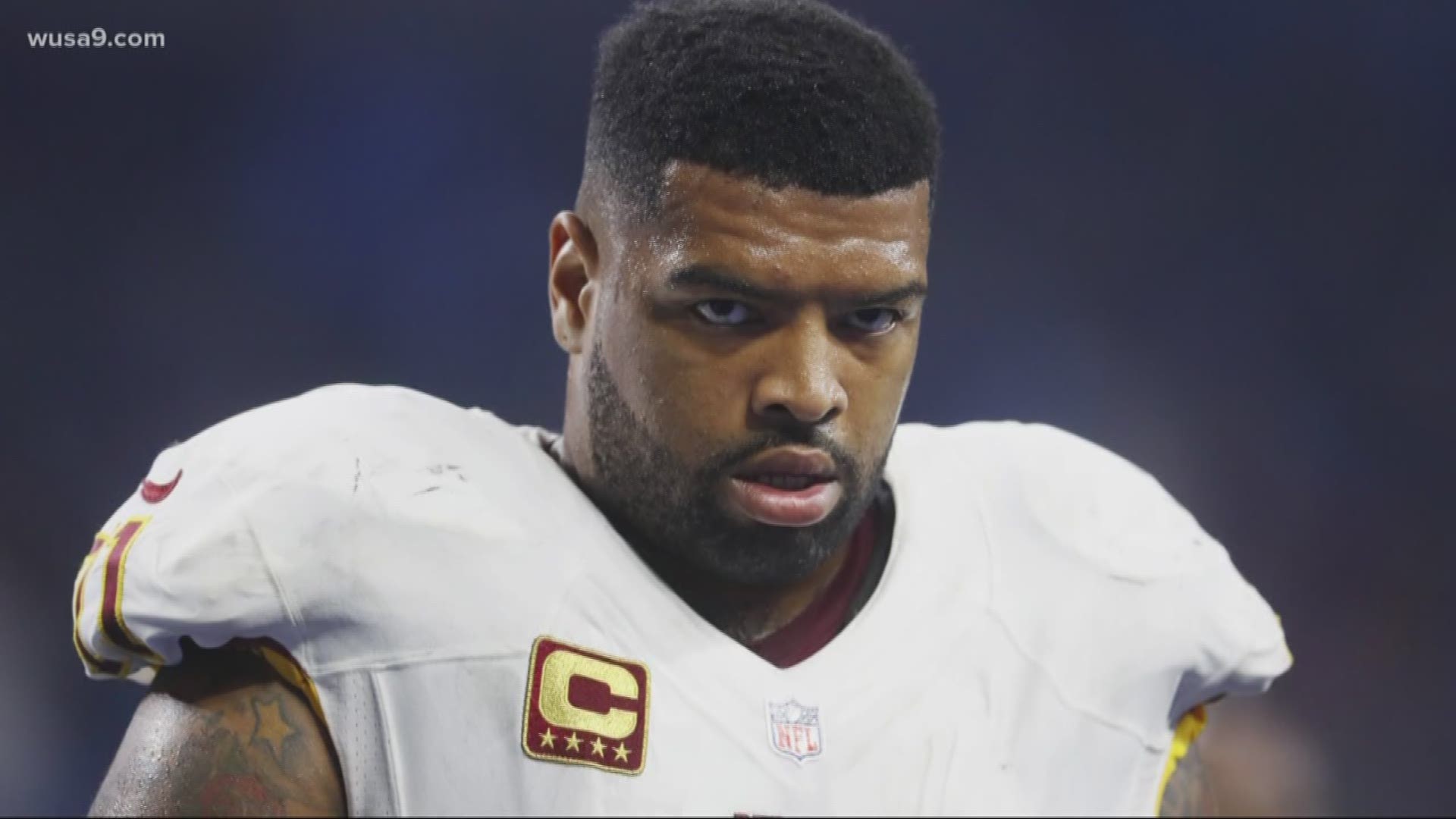 CLEVELAND — As the Cleveland Browns enter the 2020 offseason, the question isn't whether they'll be upgrading their offensive line, but how they'll go about doing it.

Having already decided against re-signing Greg Robinson and Chris Hubbard coming off a disappointing season, the Browns will likely be in the market for not just one, but two starting offensive tackles this offseason. Factor in Cleveland's glaring hole at right guard and it would hardly be surprising to see it dedicate a significant portion of its free agency and draft resources to the offensive line.

But while mock drafts have often tied the Browns to offensive tackles at the No. 10 pick in the draft and free agency projections have linked them to Jack Conklin, a third avenue for Cleveland to upgrade its offensive line has recently emerged. In Trent Williams and Jason Peters, two of the league's most accomplished left tackles have been made available, giving the Browns a pair of potential win-now options.

What would Cleveland be getting in Williams or Peters and what would it take to get either? Let's take a look.

Credit: AP
FILE - In this Sept. 9, 2018, file photo, Washington Redskins offensive tackle Trent Williams (71) is shown in action during an NFL football game against the Arizona Cardinals, in Glendale, Ariz. Fans worry that the summer rite in the NFL, training camp holdouts, won’t affect their team’s chances for a championship. This year’s crop of no-shows includes an All-Pro receiver, the Saints’ Michael Thomas; a standout offensive tackle who might be the key to the Redskins’ offense, Trent Williams; and budding stars DEs Jadeveon Clowney of the Texans, Yannick Ngakoue of the Jaguars, and RB Melvin Gordon of the Chargers. (AP Photo/Rick Scuteri, File)

This isn't the first time the Browns have been linked to Williams.

In the lead up to last season's trade deadline, Cleveland emerged as one of the most prominent suitors for the 7-time Pro Bowl selection, who was holding out from Washington over a contract dispute. Ultimately, however, the two sides were unable to reach a deal with Williams reporting to the Redskins but not appearing in a single game in 2019 as he failed to pass his physical exam.

But with Washington now reportedly more willing to part ways with Williams and the Browns still in need of a new left tackle, Cleveland remains a natural suitor for the 31-year-old. The sticking point -- as it was last year -- could be the Redskins' asking price, with reports indicating Washington was seeking at minimum, a first-round pick.

Between the Browns' analytics-driven approach, Williams' rising age and recent injury history and the Redskins' willingness, giving up a first-round pick would likely be a non-starter for Cleveland. A conversation centered around a second-round pick, however, could make things interesting and would be more in line with what veteran left tackles like Duane Brown have been traded for in recent years.

RELATED: What would a Trent Williams trade cost the Cleveland Browns?

Given his age, signing Peters would represent a true "win-now" move for Cleveland -- although it would be tough to argue with the 38-year-old's track record. Since entering the NFL in 2004, Peters has tallied nine Pro Bowl appearances, two first-team and four second-team All-Pro selections.

As recently as 2017, Peters served as the Philadelphia Eagles' starting left tackle throughout their run to the Super Bowl title. And even in his late-30s, he still ranked as a top-10 left tackle in the NFL in 2019, allowing just three sacks on the season according to Pro Football Focus.

Despite his stature, Eagles have agreed to let Peters hit the open market as a free agent, meaning Cleveland wouldn't have to give up anything more than cap space to acquire him. With $58 million in effective cap space available, the Browns have the resources to make it happen, but would likely prefer any contract with Peters be of the short term variety.

A two-year deal, perhaps with some sort of option for a third season, could make sense for both sides. Of course, that depends on how the rest of his market shakes out.