Tyrod Taylor confident in Cleveland Browns' potential for success in 2018

Quarterback Tyrod Taylor is confident in the Cleveland Browns' potential for success in 2018. 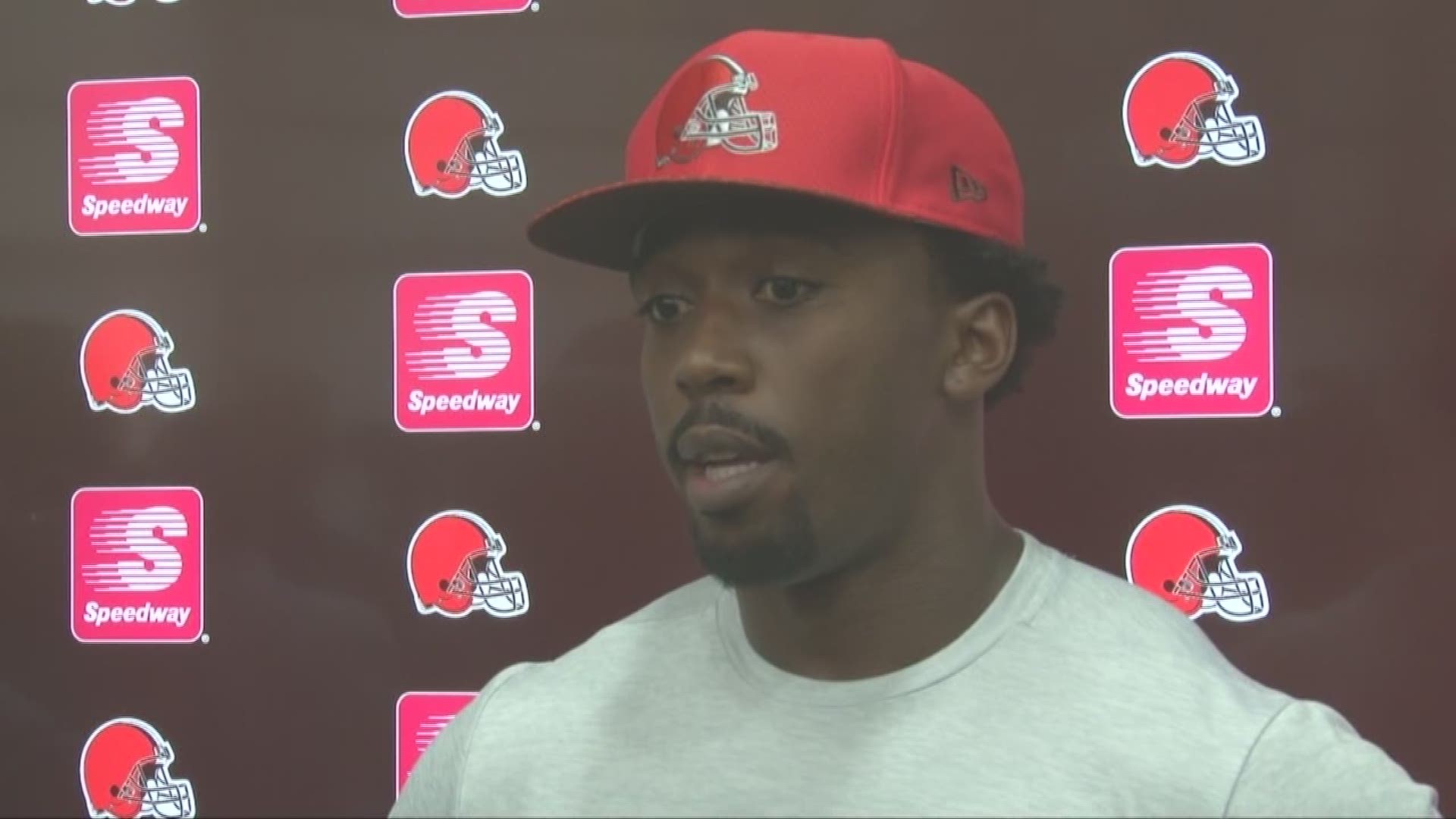 BEREA, Ohio -- Cleveland Browns quarterback Tyrod Taylor is confident in the team’s ability to score points during the 2018 season, but he knows it takes a lot more than bravado during offseason workouts to lead a squad to the NFL Playoffs. 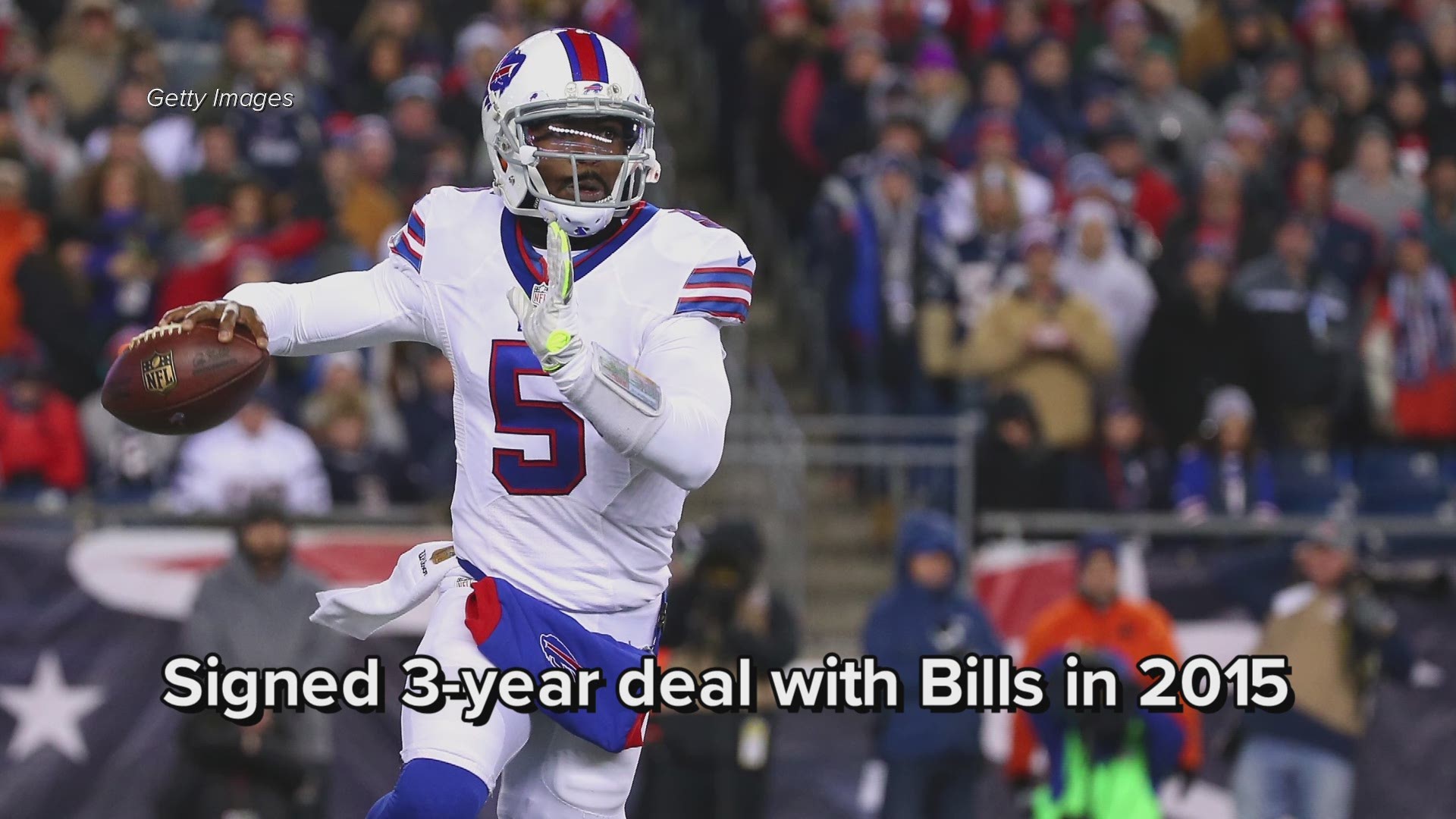 With the Browns coming off of only the second 0-16 season in NFL history, Taylor knows the team is in “prove it” mode, especially after wide receiver Josh Gordon made the claim that Cleveland had the best pass catchers in the league, which was then backed up by Pro Bowler Jarvis Landry.

“We can be very good, but me standing here saying that does not mean anything,” Taylor said. “It is about the mindset and attitude day in and day out. It has been good since I have been here.

“I am looking forward to us carrying that momentum and that attitude over into training camp and allow it to go on into the season and let the outsiders see what we really have. Internally, we know what we have and what we can do. It is up to us to go out there and make sure that it happens.”

1 / 6
Matt Florjancic
Cleveland Browns quarterback Tyrod Taylor rolls out to his right and looks down the field for a receiver in a drill during Organized Team Activities practice at team headquarters in Berea.

Taylor is not surprised by the confidence expressed by Gordon and Landry, but rather, appreciates their beliefs.

“I love the confidence in those guys,” Taylor said. “Every receiver definitely feels that they are the best. I think that is what makes them unique and able to play that position. Like I said, whether you say that or not, it really boils down to what you do. The statement is out there. We have to go out there and prove it.”

Since joining the Browns through a second-round pick in the 2012 NFL Supplemental Draft, Gordon has turned 179 catches into 3,089 yards and 15 touchdowns despite being suspended for 56 games, including 55 from league censures.

A Pro Bowl player in 2013, Gordon set a franchise record with an NFL-best 1,646 yards on 87 receptions with nine of those catches going for touchdowns after missing the first two games of the season because of a suspension.

1 / 7
Matt Florjancic
Cleveland Browns wide receiver Josh Gordon hauls in a pass in the end zone during a drill in practice at Organized Team Activities at the organization's Berea headquarters.

“A very talented group,” Taylor said of the receivers.

“It is up to us to go out and execute. That is my job to make sure that everyone is focused on executing and doing that day in and day out so that it carries on into game days.”

And with those kind of playmakers at wide receiver, plus a backfield stacked with talented rushers, Taylor believes offensive coordinator Todd Haley will look to take full advantage of every opportunity.

“I am excited to see how it all plays out,” Taylor said. “There is a ton of work to be done before Week 1, and we are going to continue to keep putting our head down and keep working with a great attitude and bringing great energy each day.”