Cleveland Browns coach Freddie Kitchens was happy to sign autographs for the NFL's most passionate fans. 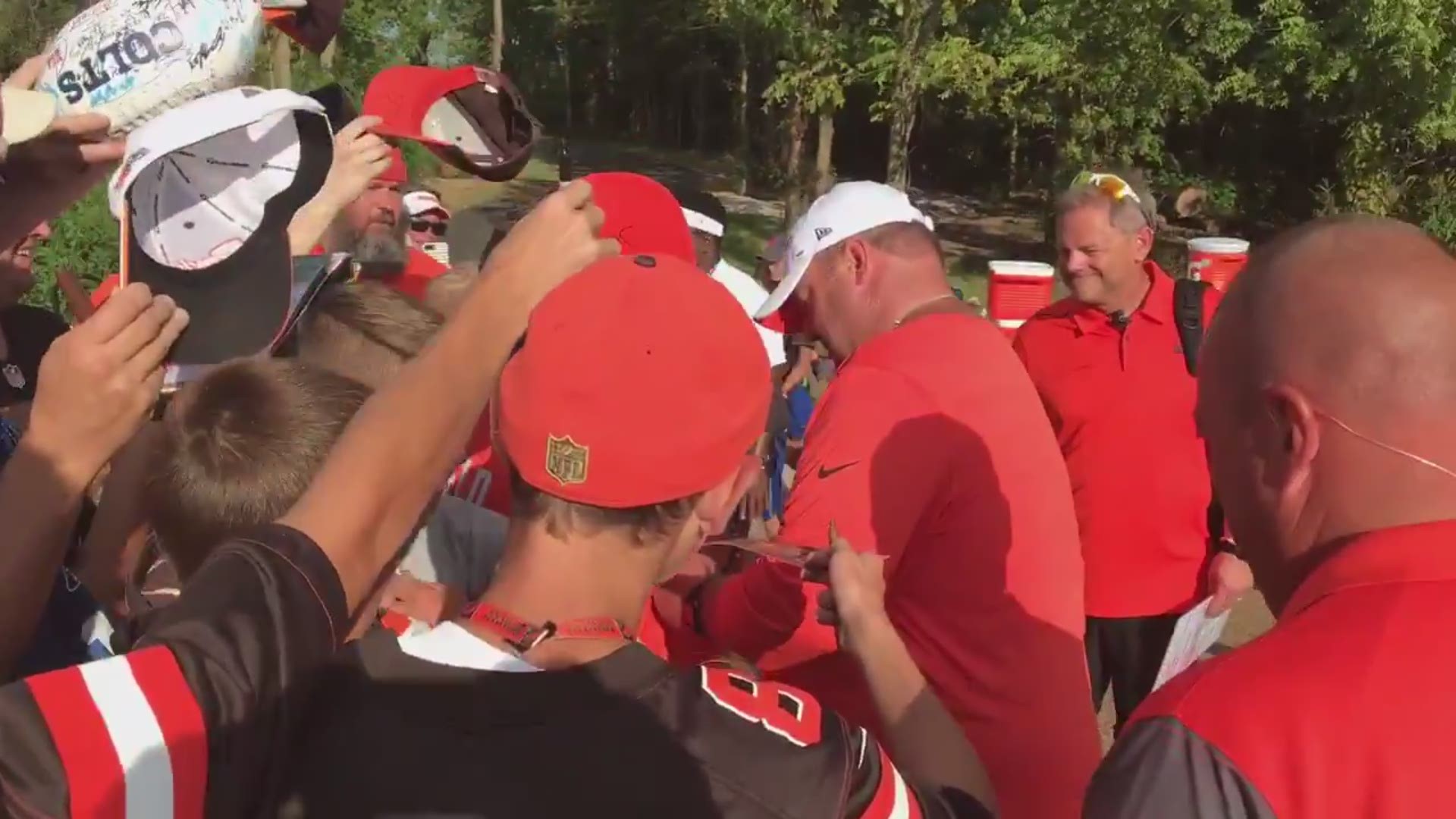 WESTFIELD, Ind. — Cleveland Browns coach Freddie Kitchens believes he and his players gets to ply their trades in front of the best fans in the National Football League, and when the time came to give back to some of those supporters, he let them know the team appreciated them.

Following Wednesday’s practice with the Indianapolis Colts at Grand Park in Westfield, Indiana, Kitchens spoke with and signed autographs for fans who had lined the field after the joint session as the team headed to their buses for the trip back to Indianapolis.

“I did not expect anything different from them,” Kitchens said of the fans’ support for the road practices. “We travel well. They are excited. They are passionate. They are the most passionate fans in the NFL, and I expected them to be there.”

RELATED: Freddie Kitchens: Cleveland Browns don’t practice penalties, but ‘are not going to take anything’ from opponents

During the post-practice session, Kitchens signed caps and footballs and spoke to the fans, including a couple youngsters, and they expressed their appreciation for the coach stopping by and greeting them.

As training camp has gone on, Kitchens has come to believe that Browns fans have the kind of quarterback in Baker Mayfield who has a similar mindset to the city’s of earning everything and being handed nothing, on or off the field.

“Baker, he has always been told no, and when people are always told no, they have a sense of ‘I am going to show you, yes,’” Kitchens said. “I think that has been his calling card, and I love that about him.

“I love that about the Cleveland fans. They have always been told no. I want everyone to rally together, and we are going to build something here where people are not going to be able to tell us no. We control that. Nobody is an outside influence. No outside expectations can control it. We control what we do. It is not the expectations. As long as we do that, we will be fine.”