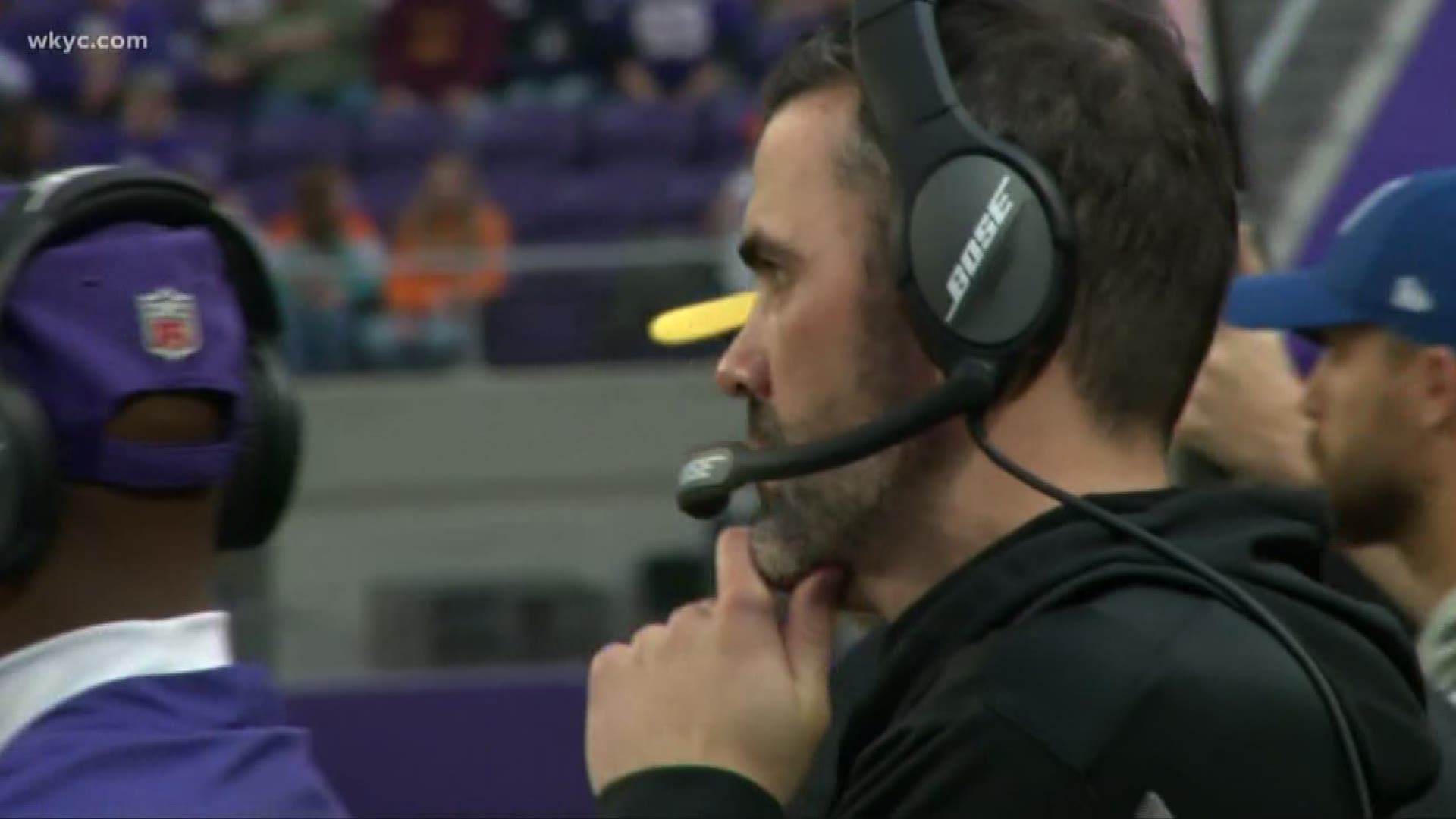 CLEVELAND — The press conference can be seen in the player below

The Cleveland Browns introduced their next head coach, Kevin Stefanski, at the very place he will ply his trade on game days this upcoming season, FirstEnergy Stadium in Cleveland.

Stefanski, 37, is the 18th full-time head coach in the history of the Browns organization and the 10th since the team returned to the National Football League ahead of the 1999 season.

A longtime assistant coach with the Minnesota Vikings, Stefanski was introduced as the new head coach at 1 p.m. You can watch the press conference again in the player below.

A graduate of the University of Pennsylvania and son of a long-time NBA executive, Stefanski was chosen to be the next Browns coach over several top coordinators around the league, including Eric Bieniemy (Kansas City Chiefs), Josh McDaniels (New England Patriots), Brian Daboll (Buffalo Bills), Greg Roman (Baltimore Ravens), Robert Saleh (San Francisco 49ers) and Jim Schwartz (Philadelphia Eagles), as well as a Super Bowl winner in Mike McCarthy.

The Browns wanted a new head coach with NFL coaching experience, and Stefanski fits that bill.

Stefanski is a long-time NFL assistant with the Vikings, where he most recently served as offensive coordinator in 2019 after previously mentoring the quarterbacks, running backs and tight ends in 13 seasons with the club.

In 2009, Stefanski helped Hall of Fame quarterback Brett Favre transition into the system after joining the team in mid-August, and the experiment was a successful one, as the Vikings earned their way to the NFC Championship Game.

In 2012, Stefanski helped improve the play of former quarterback Christian Ponder, who led the Vikings to a 4-0 stretch in the final weeks of the season, as well as a playoff berth. Ponder’s best outing came in a must-win situation late in the season, and he did not throw an interception over the final three games.

Check out some of the things the new coach said: