'Welcome back, Rashard Higgins!' | Listen to Jim Donovan's call of the touchdown that snapped the Cleveland Browns' losing streak

It was Higgins' only catch of the day, but it was huge. 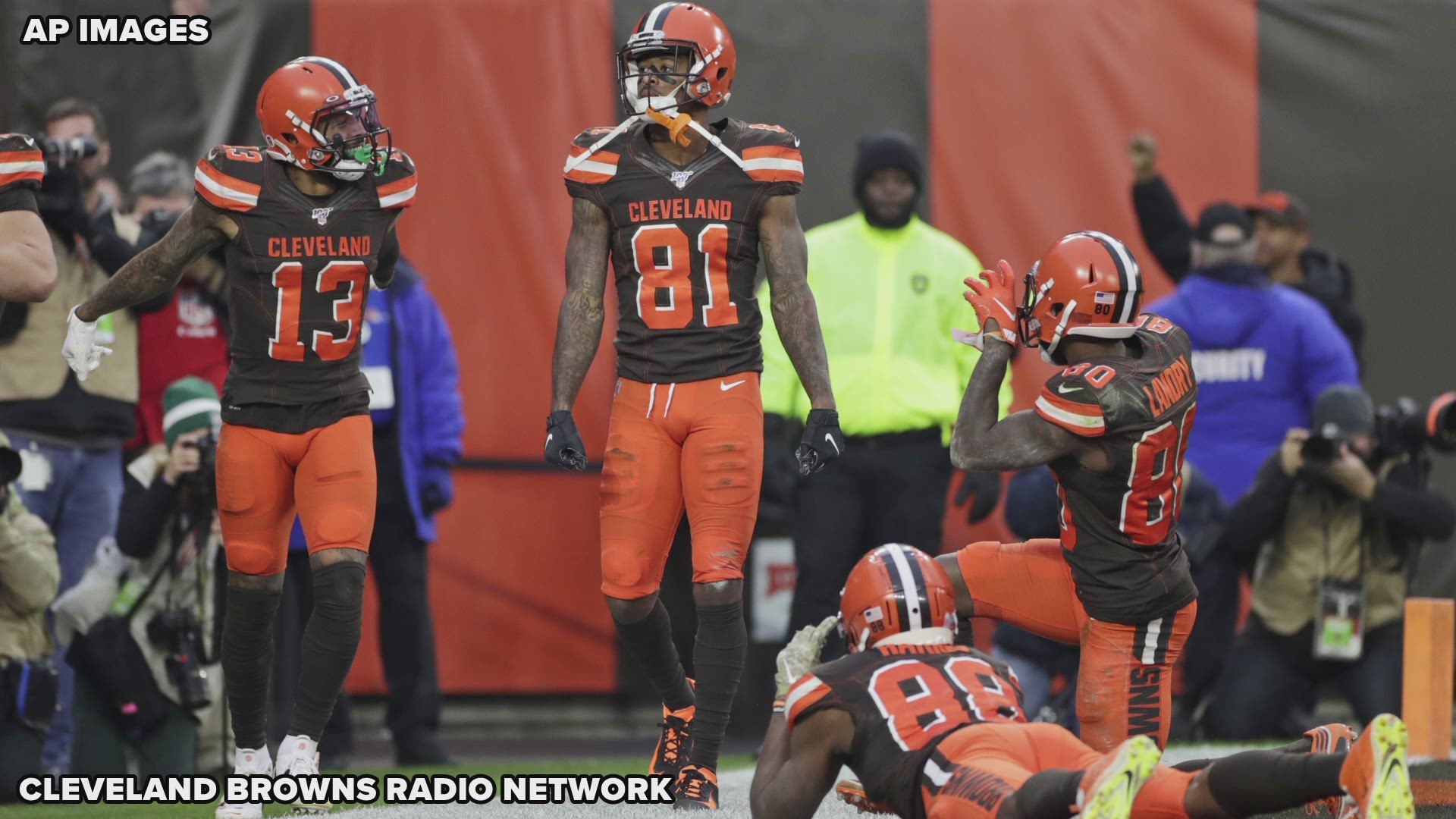 CLEVELAND — Listen to Jimmy's call in the player above!

It's been more than a month since Cleveland got to taste it, but the Browns held on to snap a four-game losing streak on Sunday with a 19-16 win over the Buffalo Bills. Despite some miscues (especially down by the goal line), the team managed to keep its playoff hopes alive.

RECAP: Browns get back into win column with 19-16 victory over Buffalo Bills

The play of the game came with less than two minutes left, when down 16-12 Baker Mayfield found Rashard "Hollywood" Higgins in the back of the end zone for a 7-yard touchdown that proved to be the game-winner. It was a particularly wonderful moment for Higgins, who after becoming one of Mayfield's favorite targets last year has seen his time of the field dwindle in 2019.

"Voice of the Browns" and 3News' own Jim Donovan called the play, appropriately offering a "welcome back" to Higgins. You can listen to the call in the player above.

It was Higgins' only catch of the game and the second TD pass for Mayfield, who put together arguably his best showing of the season with a 102.7 passer rating. Cleveland sealed the victory for good when Buffalo kicker Stephen Hauschka's 52-yard field goal attempt sailed wide left with only 17 seconds to play.

At 3-6, the Browns need to keep winning to stay in the playoff hunt, and will have to do so against the hated Pittsburgh Steelers next week on Thursday Night Football from FirstEnergy Stadium.