According to multiple reports, the Cleveland Browns have restructured defensive end Olivier Vernon's contract for the 2020 season. 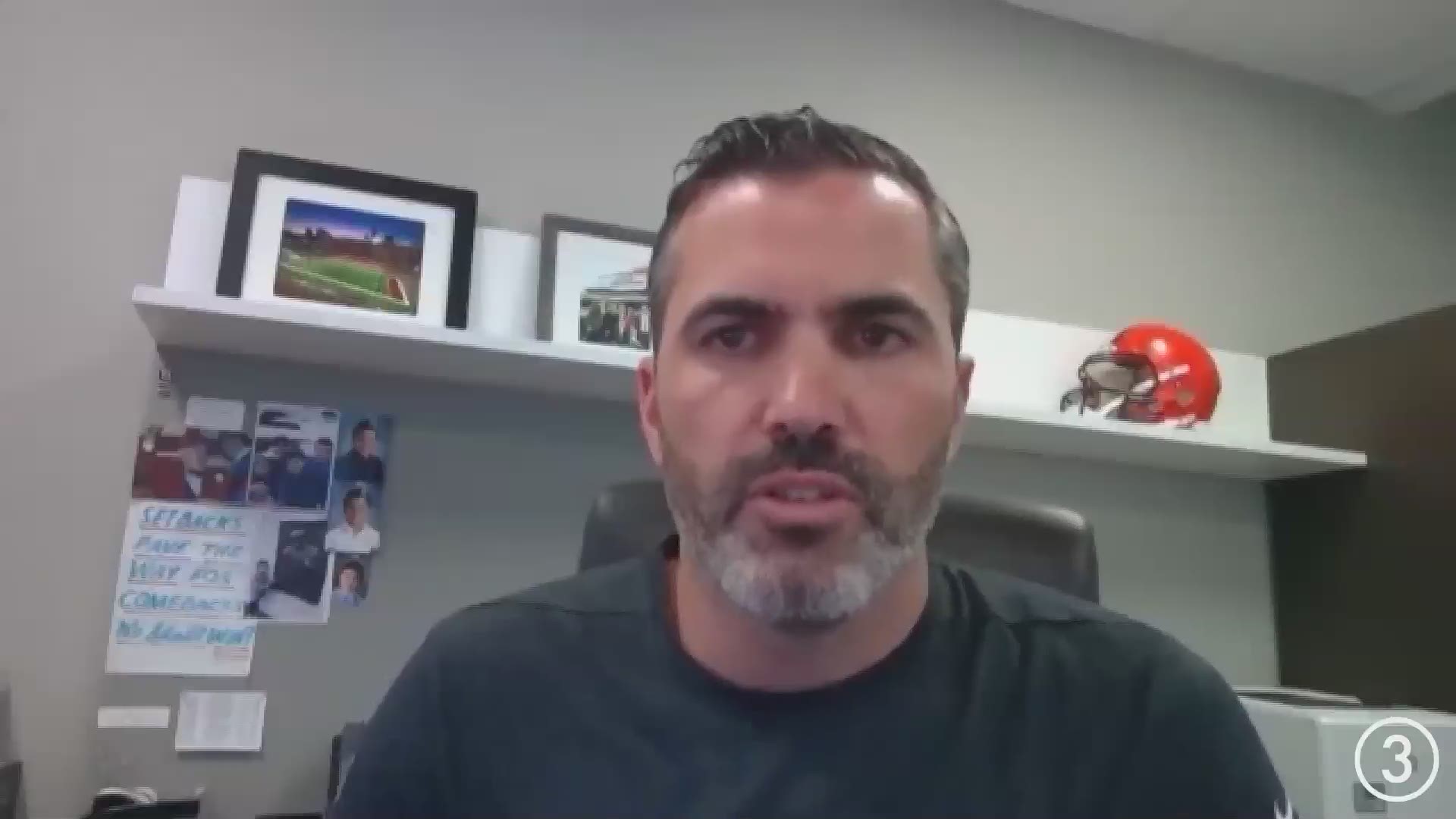 CLEVELAND — On Tuesday, ESPN's Field Yates reported that defensive end Olivier Vernon had agreed to a restructured deal with the Cleveland Browns.

And while ultimately, the move could be perceived as minor, it will likely have a significant impact on the Browns' pursuit of the NFL's top remaining free agent, Jadeveon Clowney.

According to Yates, Vernon's new deal with Cleveland will pay him a $7 million signing bonus, a $3.75 million base salary and a $250,000 workout bonus in 2020, essentially ensuring the 29-year-old defensive end will be a member of the Browns' roster this season. Vernon had previously been due a non-guaranteed $15.25 million salary in 2020, which Cleveland could have waived, clearing that entire amount from its salary cap.

According to Tom Pelissero of the NFL Network, Vernon's new contract also includes a no-tag clause, guaranteeing that the 2018 Pro Bowl selection will become a free agent in 2021. He can also earn an additional $2 million in incentives this season.

While Vernon's restructured deal could ultimately save the Browns more than $4 million the reality remains that it now seems less likely -- not more -- that Cleveland will continue its pursuit of Clowney. Even though the Browns seemingly had enough cap space to sign Clowney outright, the addition of the 3-time Pro Bowl selection likely would have come at the expense of Vernon in order for Cleveland to maintain future flexibility.

In addition to their pursuit of Clowney, the Browns have reportedly been negotiating a "mega extension" with defensive end Myles Garrett this offseason.

"I still think it's the Browns, I really do," Yahoo Sports' Charles Robinson answered on The Pat McAfee Show in May when asked where Clowney would sign. "The Cleveland Browns are a team that has a ton of cap space. They have Olivier Vernon, who, if they cut Olivier Vernon tomorrow, it's a $15 million cap hold."

The Browns' interest in Clowney, however, never appeared fully mutual. In May, ESPN's Adam Schefter told 850 WKNR's The Next Level that Cleveland had offered the 2014 No. 1 overall pick the highest salary of any suitor, but that clearly wasn't enough to get him to sign on the dotted line.

"They've been the most aggressive team with him financially," Schefter said. "He has balked at going to Cleveland for whatever reason. I think he's been hesitant to go because if he wasn't, he would've gone already because it's the most money. It's the richest offer on the table and he hasn't taken it. So why is that? I don't know. Is it not wanting to be in that city? Is that lack of belief in the organization?"

Whatever the case may be, barring an unforeseen spending spree, it appears the Browns have ended their pursuit of Clowney, who registered three sacks and seven tackles-for-loss in 13 games with the Seattle Seahawks last season. Instead, Cleveland will hope for a bounce-back year from Vernon, who recorded 3.5 sacks in 10 games during an injury-plagued first season with the Browns.