With the Cleveland Browns victory over the New York Jets on Thursday night, Cleveland finally was able to open its Bud Light Victory Fridges. 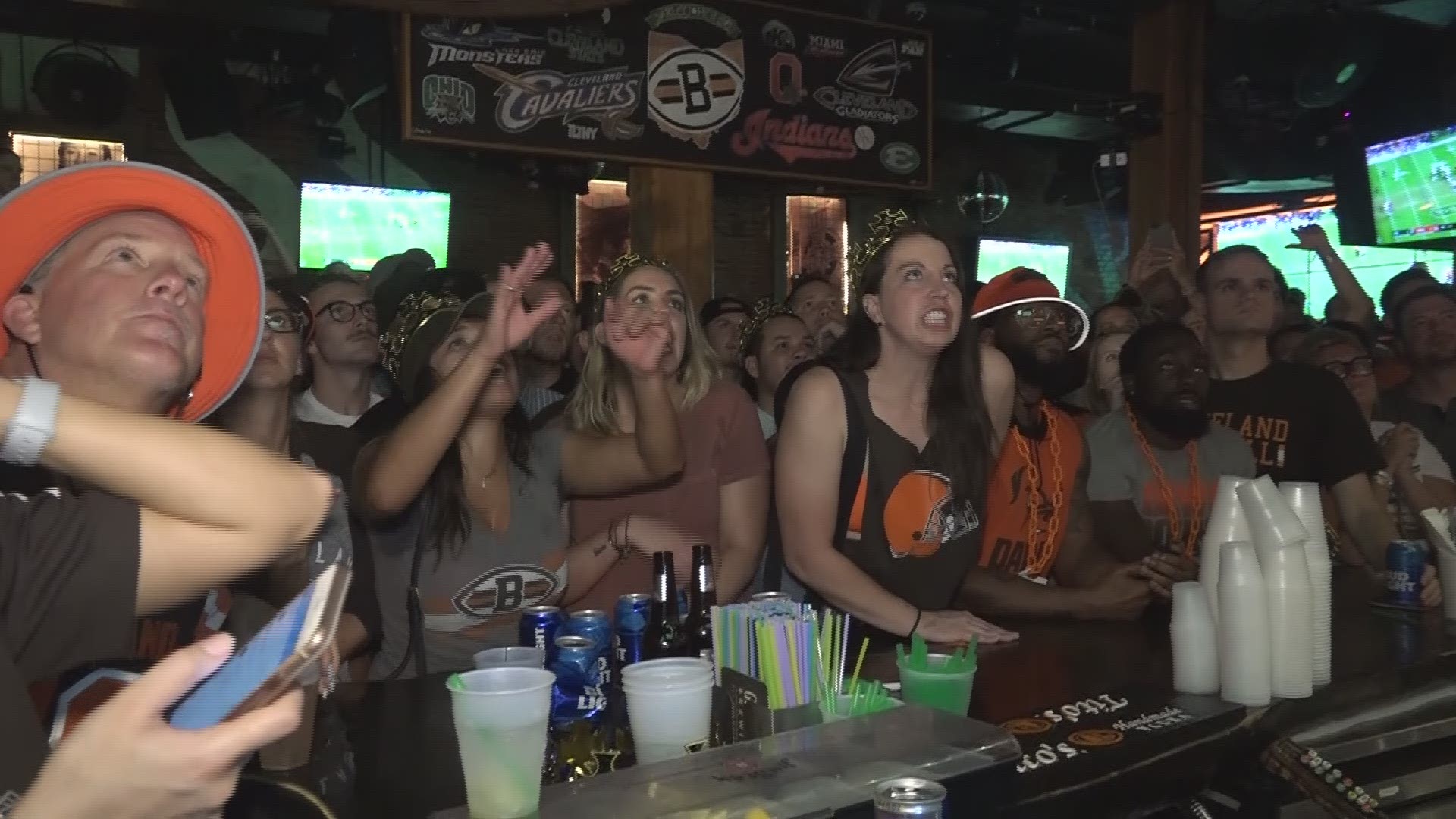 The long wait for victory has ended for Cleveland Browns fans.

After nearly 21 months passed since a Christmas Eve win over the San Diego Chargers at FirstEnergy Stadium on December 24, 2016, the Browns fought their way to a 21-17 come-from-behind victory over the New York Jets at home on Thursday Night Football.

Shortly after the win over the Jets was official when rookie quarterback Baker Mayfield put a knee to the turf in the victory formation, the Bud Light 'Victory Fridge' refrigerators opened and the celebration began in earnest for the Browns and their fans.

The party is underway in downtown Cleveland. The Bud Light fridges are open and fans are celebrating a Browns win for the first time since December of 2016! @wkyc @WKYCSports pic.twitter.com/5MfJXAxQiV

The fridges were not controlled by some WiFi control. Rickety old lock and key (that took 5 mins to open)! pic.twitter.com/TJ3dwuq8Vb

Although Bud Light had declined to share where it has placed its 10 'Victory Fridges' -- which each contain approximately 200 bottles of beer and unlocked via WiFi -- the following locations have been confirmed to possess the fridges:

Down by a 14-0 count early in the second quarter, the Browns scored 21 of the game’s final 24 points to close out their first September win since a 28-14 decision over the Tennessee Titans on September 20, 2015.

With quarterback Tyrod Taylor suffering a concussion in the first half, rookie Baker Mayfield was pressed into service, but he responded to the challenge and completed 17 of his 23 throws for 201 yards, and more importantly, engineered four scoring drives to complete the comeback.