Who is Jim Caldwell, candidate for Browns' head-coaching vacancy?

Here is a look at the career of Jim Caldwell, candidate for the Cleveland Browns' head-coaching vacancy. 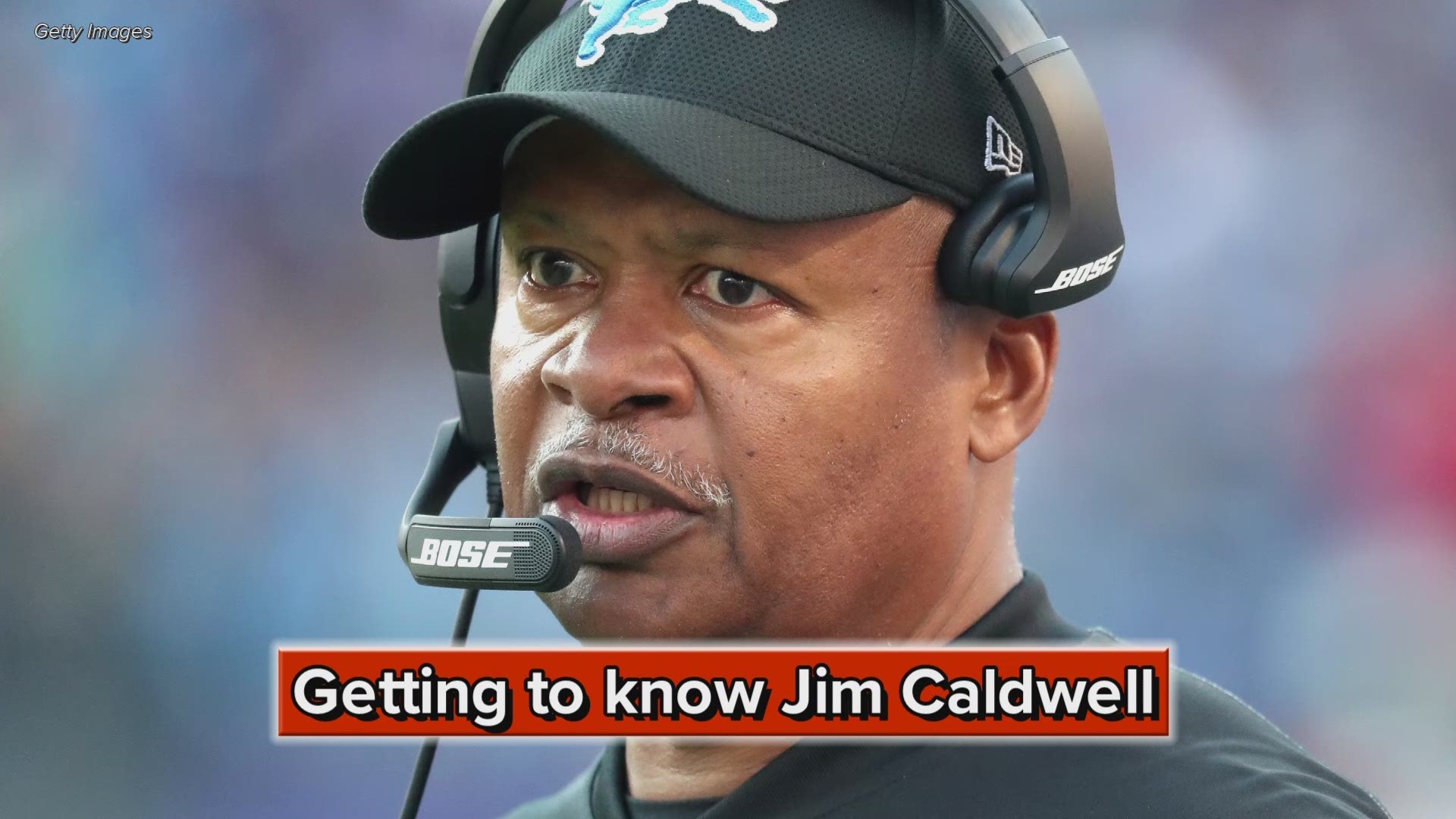 The Cleveland Browns’ search committee continued their mission of finding the next full-time head coach Wednesday when they announced the organization interviewed their second candidate for the vacancy.

One day after interviewing current interim coach/defensive coordinator Gregg Williams, the Browns brought in Jim Caldwell, the former coach of the Indianapolis Colts and Detroit Lions, for a formal interview and tweeted out confirmation of the meeting following its conclusion.

Here are three things to know about Caldwell as the Browns continue their coaching search:

Credit: Joe Robbins
Detroit Lions coach Jim Caldwell looks on against the Tampa Bay Buccaneers in the third quarter of a game at Raymond James Stadium in Tampa, Florida on December 10, 2017.

In addition to leading the Colts to Super Bowl XLIV, Caldwell was on two other staffs to win their respective conference titles and advance to the NFL’s annual championship game.

That victory was Caldwell’s first, but it was not his only in the NFL’s biggest game.

After his tenure with the Colts ended with his firing following a 2-14 season while the team dealt with Manning’s neck issues, Caldwell joined the staff of the Baltimore Ravens.

Caldwell was Baltimore’s offensive coordinator for part of 2012 and all of 2013. Following the 2012 season, Caldwell called plays for the Ravens’ 34-31 victory over the San Francisco 49ers in Super Bowl XLVII at Mercedes-Benz Superdome in New Orleans.

Credit: Leon Halip
Detroit Lions coach Jim Caldwell watches his team against the Green Bay Packers during the first half at Ford Field in Detroit, Michigan on December 31, 2017.

A native of Beloit, Wisconsin, Caldwell built up his coaching resume in the Midwest and AFC North Division.

Caldwell started as a graduate assistant at the University of Iowa (1977) and continued as wide receivers coach at Southern Illinois (1978-1980), and later, an offensive assistant at Northwestern (1981). Additionally, Caldwell coached wide receivers at Louisville (1985) and quarterbacks at Penn State (1986-1992).

After making the move with Dungy to help coach the Colts, Caldwell moved on to be an offensive assistant with the Ravens, and then, coach of the Lions.

During Caldwell’s time in Baltimore, the Ravens had an 18-14 regular-season record with one playoff appearance and one Super Bowl Championship.