‘Win out.’ Baker Mayfield: If Cleveland Browns want to make playoffs, we have to buckle down

Baker Mayfield knows that for the Cleveland Browns to remain in the playoff hunt, they cannot afford any slip-ups over the final month of the 2019 season. 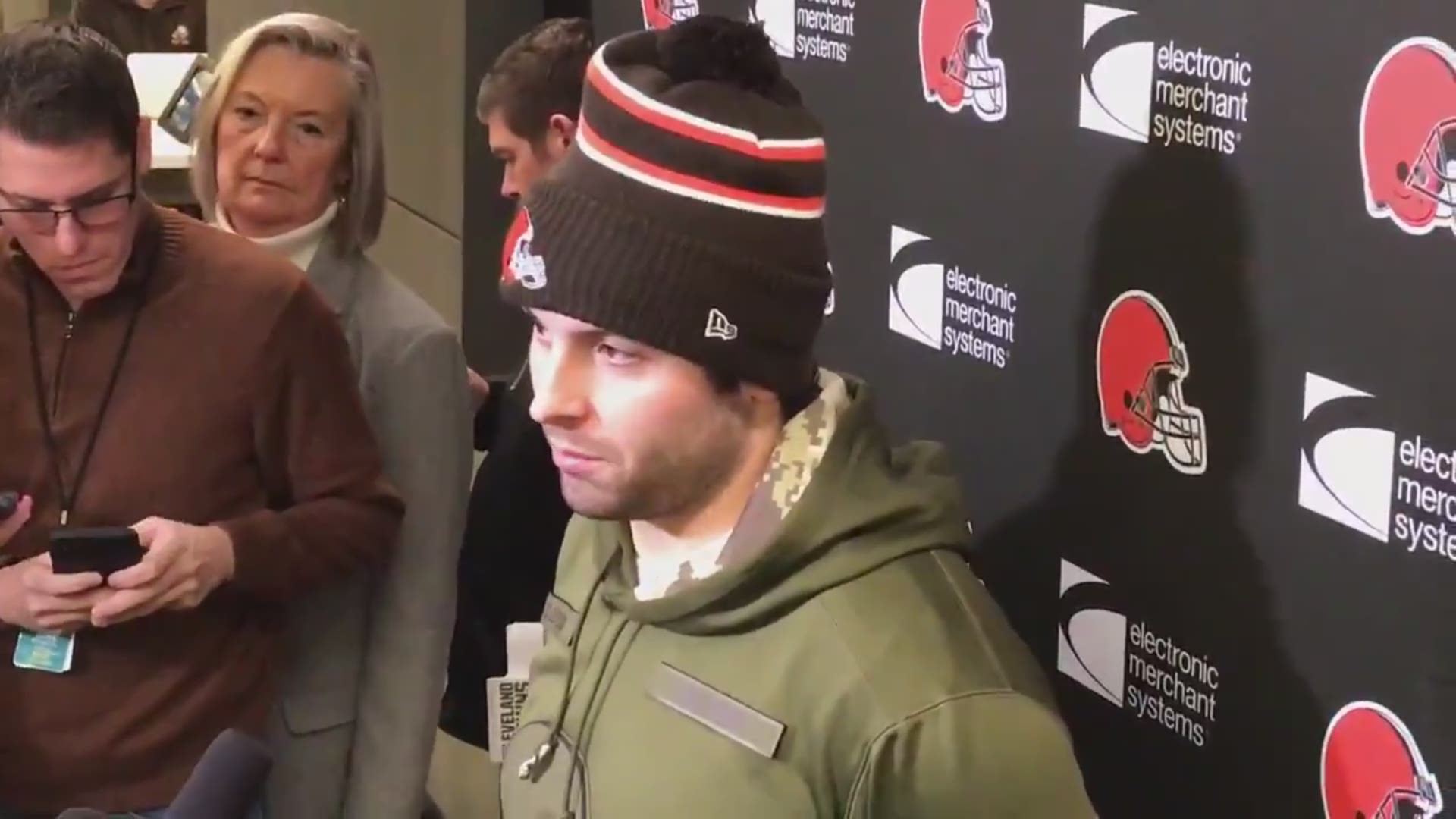 CLEVELAND — The Cleveland Browns’ playoff hopes took a huge hit with last Sunday’s 20-13 loss to the Pittsburgh Steelers at Heinz Field in Pittsburgh, but while the opportunity to win the AFC North Division is off the table, the team remains mathematically alive in the postseason race.

With only four games remaining in the 2019 regular season, the Browns know they can ill-afford another misstep and enter this week’s matchup with the Cincinnati Bengals well aware of what is at stake at FirstEnergy Stadium in Cleveland Sunday.

“We have to realize that no matter what other things are going on, on the outside, we have to have that singular focus,” quarterback Baker Mayfield said. “If we do want to make the playoffs, we have to buckle down and win each game from here on out. It is just plain and simple. We can’t have any slip ups and we have to win.”

Defensive back T.J. Carrie added, “We’ve got to win them all, man. You never know in this league. Winning takes care of a lot of things, though, a lot of ifs, buts and ands, so putting our best foot forward and winning them all is the biggest factor.”

Despite jumping out to a 10-point lead in the second quarter and playing against fourth-string quarterback Devlin “Duck” Hodges and an undermanned Steelers team, the Browns allowed 20 straight points and never recovered on the way to the seven-point loss.

With the latest road loss to the Steelers, the Browns fell to 5-7 on the season, two games in back of Pittsburgh and Tennessee Titans for the No. 6 seed in the AFC.

“I think it felt better today than it did the past couple of days just because that one hurts,” Mayfield said.

“That is a huge blow to our chances and just we can’t have any slip ups the rest of the way out, but we realize that if we win out, we have to have some things happen, but we can’t focus on that. We have to win out and do our job.”

The Browns have to regroup to face a Cincinnati Bengals team that beat the New York Jets for their first victory of the season last Sunday before going on the road in two of the final three weeks, first at Arizona on December 15, and then, at Cincinnati on December 29.

Offensive lineman Joel Bitonio added, “We’re just focused on beating Cincinnati this week and doing everything we can to get that victory, but it’s a challenge. You come back, you think you’re rolling, you have a chance, and it kind of knocks you down a peg, but that’s the NFL. It’s a week-to-week business, and how good we can be this week.”