WKYC Channel 3 is primetime home of Browns through 2021

The Cleveland Browns' Monday and Sunday Night Football games will air on WKYC Channel 3 for the next three years. 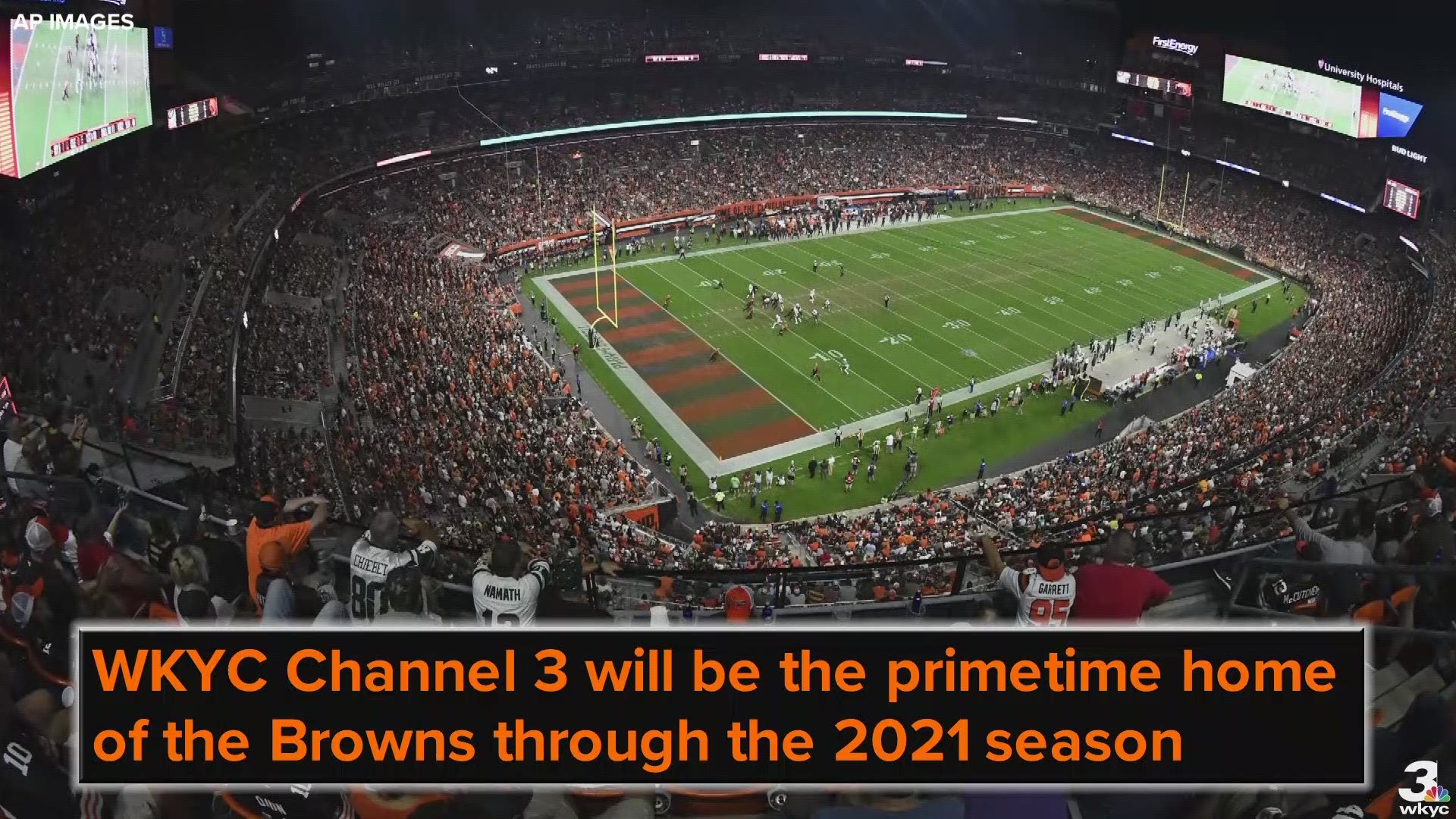 CLEVELAND — WKYC Channel 3 will be the primetime home of the Cleveland Browns for the 2019 season.

With the NFL having flexible scheduling options for late-season Sunday Night Football games, the Browns could find themselves in the primetime spotlight more if they remain in the hunt for the AFC North Division Championship.

“This will be an epic season for the Cleveland Browns and the league’s number one fan base,” WKYC President and General Manager Micki Byrnes said in a release announcing the deal. “Channel 3 is proud to be the local primetime home for the Browns. With the largest and most-seasoned sports team on air and on digital, we’ll bring the games to life during this extraordinary season.”

WKYC Sports anchor Jim Donovan, the radio voice of the Browns added, “It’s the most anticipated season in decades. All eyes in the NFL will be on Cleveland and the great story of the Browns. It will be incredible to have Northeast Ohio watch it unfold in primetime on WKYC.”

Credit: Ron Schwane
Cleveland Browns quarterback Baker Mayfield celebrates a two-point conversion reception on a pass from wide receiver Jarvis Landry in a 21-17 win over the New York Jets at FirstEnergy Stadium in Cleveland on September 20, 2018.

In their history, the Browns have made just one appearance on Sunday Night Football, which came in a 10-6 Week 2 loss to the Pittsburgh Steelers on September 14, 2008.

All-time, the Browns are 15-15 in Monday Night Football appearances, but have not been featured on the NFL’s flagship primetime broadcast since 2015.

The game against the Jets will mark the 50th anniversary of the first-ever Monday Night Football game. The Browns and Jets were featured on the very first Monday Night Football broadcast on September 21, 1970, a game which Cleveland won, 31-21, in front of the home fans, but the two teams have not met under the bright lights of the Monday spotlight since that initial contest.

The Browns and 49ers last played on Monday Night Football on September 13, 1993, a game the Browns won, 23-13, at Cleveland Municipal Stadium.

The primetime spotlight will be an opportunity for quarterback Baker Mayfield to show his development after a record-setting rookie season in 2018.

Mayfield broke the NFL rookie record with his 27th touchdown throw of the season with 3:24 remaining in the fourth quarter of a 26-24 loss to the Baltimore Ravens in an AFC North Division clash at M&T Bank Stadium in Baltimore on December 30.

In addition to Mayfield’s development, the primetime games will be a chance for the football world to see how wide receiver Odell Beckham Jr. has transitioned to Cleveland after spending five years with the New York Giants.