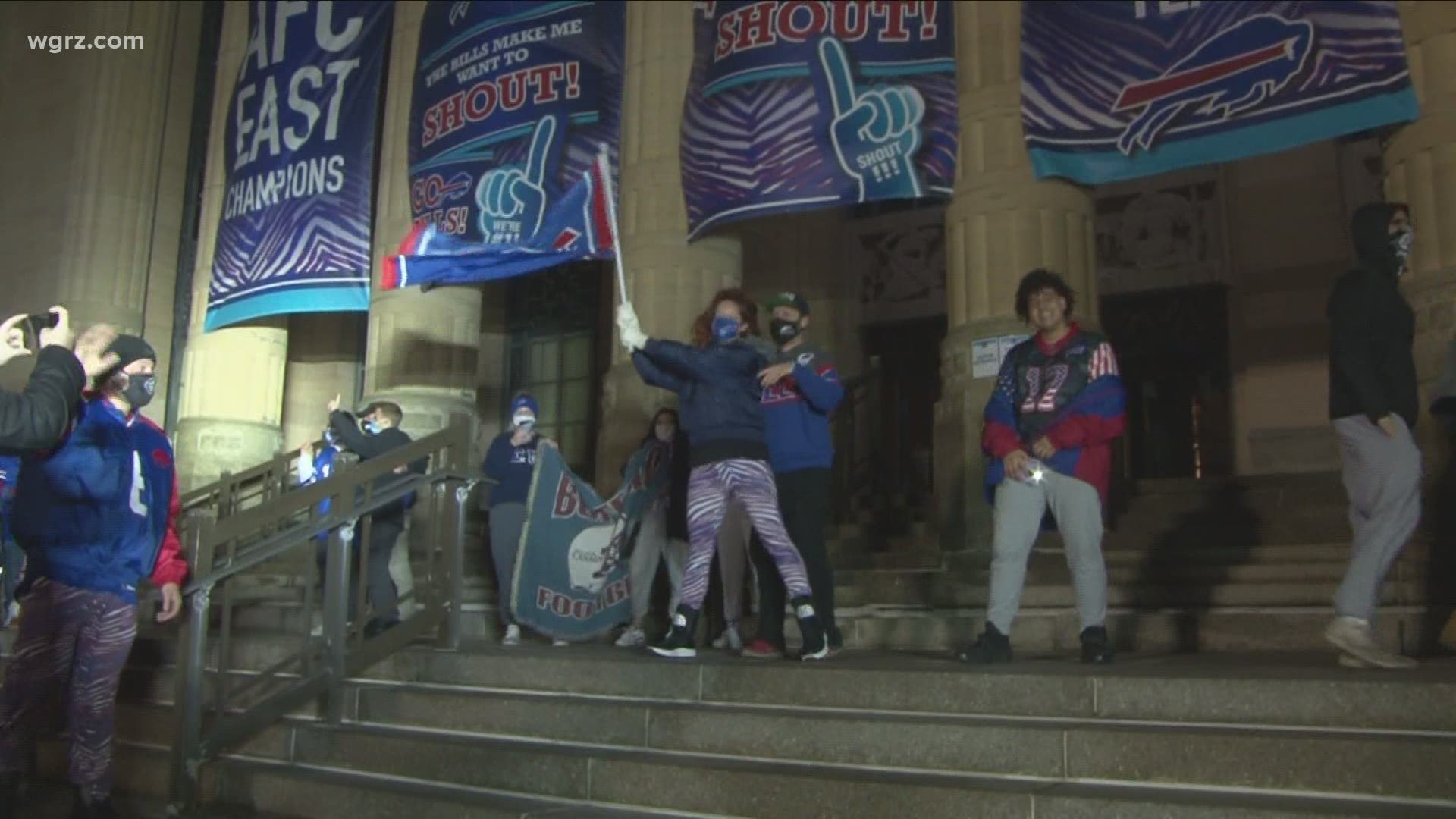 ORCHARD PARK, N.Y. — The Buffalo Bills advanced to their first AFC championship game in 26 years after Taron Johnson scored on a 101-yard interception return to seal a 17-3 win over the Baltimore Ravens.

The interception return came with Baltimore facing third-and-goal from Buffalo's nine where Johnson stepped in front of Lamar Jackson's pass intended for tight end Mark Andrews with 41 seconds left in the third quarter.

Jackson did not return after sustaining a head injury on the final play of the third quarter when he was sacked while chasing down an errant snap.

While the offense didn't rack up a ton of points, it did enough in the third quarter to take control of the game.

Buffalo didn't do much of the ground against Ravens, who one week ago shut down Derrick Henry, who led the league in rushing, during a win against the Tennessee Titans.

A strong wind at Bills Stadium didn't help the passing game, either, but Buffalo did score on its first possession after halftime. That's when Josh Allen found Stefon Diggs for a 3-yard touchdown strike as the Bills went up 10-3.

After that came Johnson's big moment on an interception return that Bills fans won't soon forget, pushing the lead to 17-3.

The Bills defense allowed just three points, racked up four sacks, and finished with five tackles for a loss.

Bills defensive coordinator Leslie Frazier had emphasized to his players this week that Jackson was a threat to run and that they had to contain him. Buffalo did just that, as Jackson finished with just 34 yards before leaving the game with a concussion at the end of the third quarter.

1 / 14
AP
Buffalo Bills cornerback Taron Johnson, left, runs away from Baltimore Ravens quarterback Lamar Jackson (8) after intercepting his pass for a touchdown during the second half of an NFL divisional round football game Saturday, Jan. 16, 2021, in Orchard Park, N.Y.