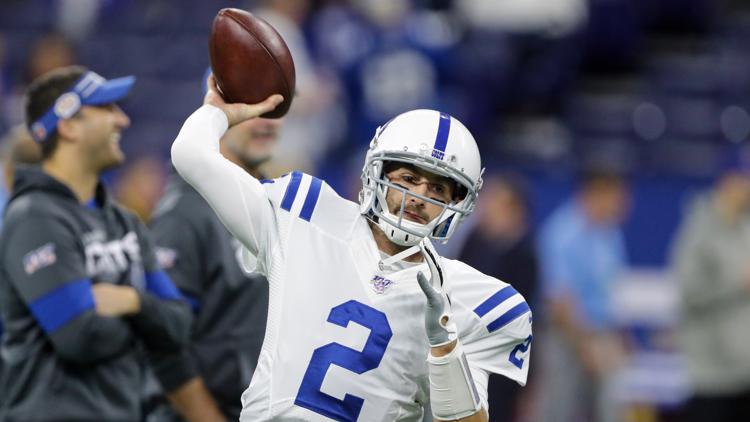 On Saturday the Indianapolis Colts announced they had released the veteran signal caller, making him a free agent. The 34-year-old joined the Colts in 2019 and appeared mostly in a backup role behind starter Jacoby Brissett last season.

Prior to joining the Colts, Hoyer spent 2017-2018 with the New England Patriots backing up Tom Brady. Hoyer was with the Browns 2013-2014, leading Cleveland to a 6-3 start in 2014 before the team lost three of their next four games and opted to go with Johnny Manziel at quarterback.

At the end of the 2014 season and having led the Browns to a 10-6 record as a starter, Hoyer's contract expired and he became a free agent. Hoyer joined the Houston Texans in 2015.

There has been ongoing speculation in NFL circles that Hoyer could be headed back to the Patriots for a third stint. This week, Tom Brady officially left New England joining the Tampa Bay Buccaneers.