The Hall is planning its biggest enshrinement weekend ever after last year's event was canceled. 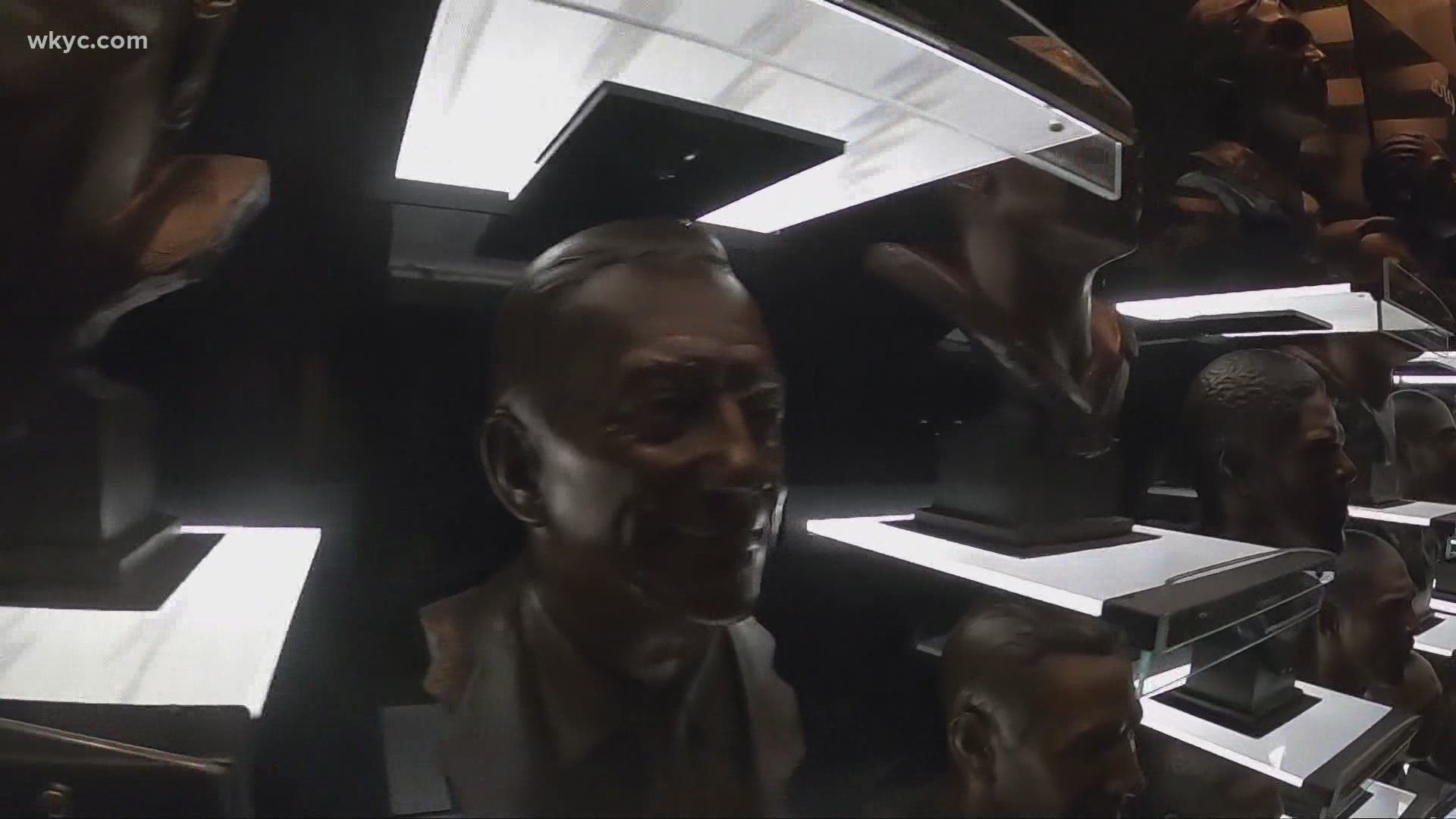 CANTON, Ohio — Last year was a quiet one for the Pro Football Hall of Fame.

The Canton staple closed its doors in mid-March until June, the longest the museum has ever been dark. They were also forced to scrap both the Hall of Fame Game and enshrinement weekend, and saw the 2020 attendance drop by about 33%. However, this year is already promising something better.

"There’s a lot of pent-up enthusiasm, we feel," Rich Desrosiers, VP of Communications and Public Relations at the Pro Football Hall of Fame, told 3news. "Our numbers for January 2021 and February 2021 are actually ahead of where they were in 2020 [prior to the COVID-19 shutdown]."

The hall is hoping that excitement continues, as tickets go on sale Friday morning at 10 a.m. for the 2021 enshrinement ceremony set to take place this August. Last year, officials had about five different plans for moving forward with the weekend, depending on limitations with the pandemic. This year, they're moving forward with one plan: Celebrate the history of football.

"We’re looking forward to a summer where we can safely gather together for just a palpable amount of energy and excitement around that," Desrosiers said.

Of course, they'll pivot and change if necessary. but if all goes according to plan, it'll be a big weekend in Canton. The 2020 and 2021 classes will both be receiving their gold jackets, the enshrinement of this year's class will have an audience, and the Steelers and Cowboys will take the field for the preseason Hall of Fame Game.

Last year was a quiet one for the @ProFootballHOF, having to cancel marquee events around enshrinement weekend. However, with tickets for this year’s ceremony on sale tomorrow, they’re looking to bounce back with their biggest enshrinement weekend ever. Story ahead @wkyc at 5pm. pic.twitter.com/lgaCL1n7Xb

In addition, Tom Benson Hall of Fame Stadium should have new scoreboards by then, as the Hall of Fame Resort and Entertainment Company has been busy building the long-anticipated "village" around the museum during the pandemic. They topped off the Constellation Center for Excellence a few weeks ago and are hoping the exterior will be complete by August.

Attached to the outside of the building is one of the new scoreboards that had the last beam placed on it earlier this week. Workers have also already begun clearing the way for retail, restaurants, a hotel and an indoor water park in the future.

"One of the things that both the village and the Pro Football Hall of Fame envision in the years going forward is it being one of the premiere gathering spots, not only in Northeast Ohio, but really the entire country," Desrosiers said.

Everything is moving toward that direction as the Hall prepares to return this year and celebrate football's legacy along with the resurgence of a museum and area, while making up for lost time.

Tickets for the enshrinement ceremony can be purchases here. Tickets for the Hall of Fame Game are sold out, as they allowed those that purchased seats last year hold onto them if they choose, and most everyone did.