"I am sick about the way my comments were perceived yesterday, but I take full responsibility and accountability," Brees said. 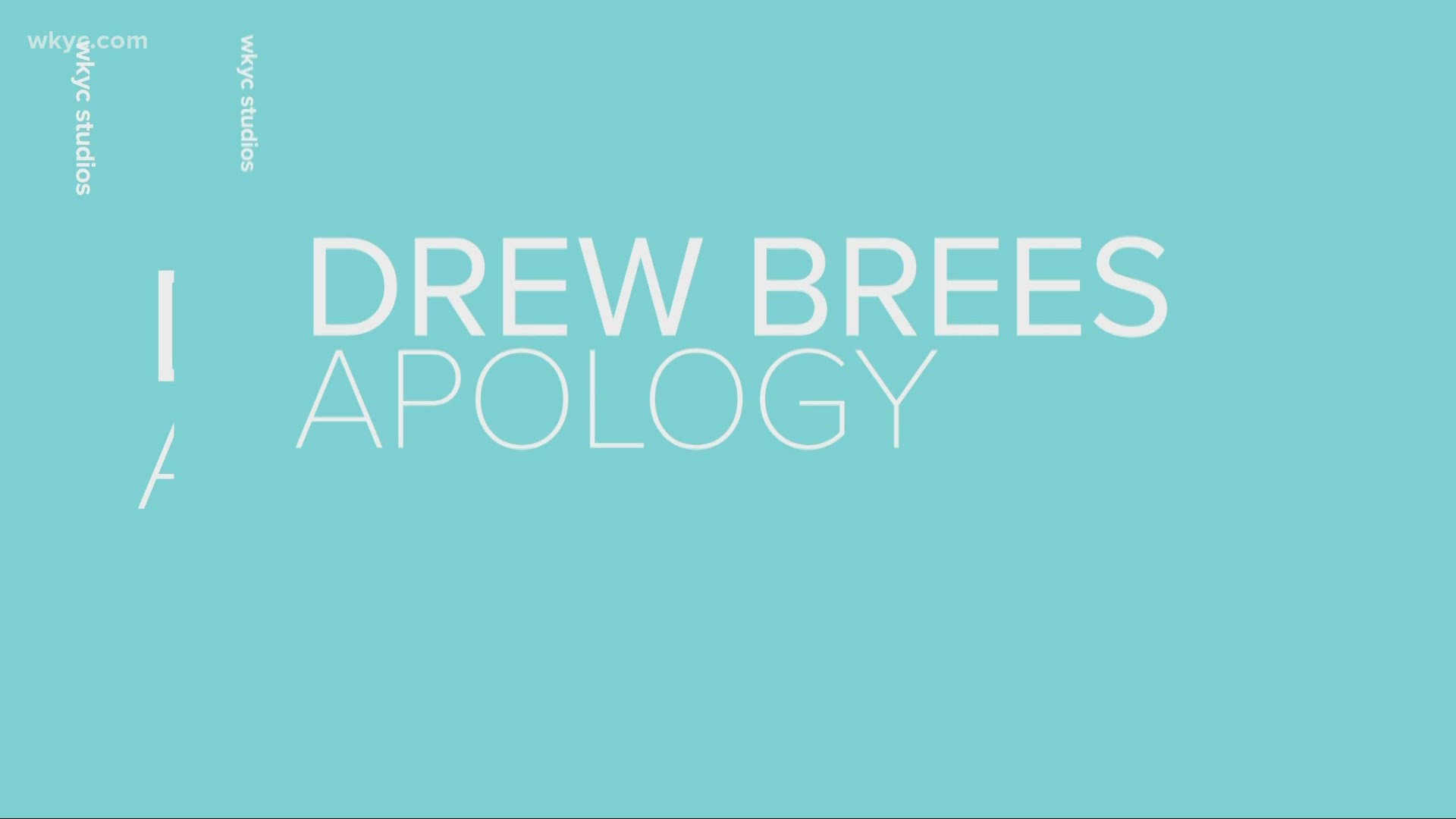 NEW ORLEANS — Saints quarterback Drew Brees issued a long apology Thursday morning after his comments against kneeling during the national anthem were met by criticism nationwide.

"I would like to apologize to my friends, teammates, the City of New Orleans, the black community, NFL community and anyone I hurt with my comments yesterday. In speaking with some of you, it breaks my heart to know the pain I have caused," said in a social media post Thursday morning.

On Wednesday, when asked about whether he would supporting kneeling protests during the 2020 NFL season given the national protests against police brutality, Brees said he would not.

"I will never agree with anybody disrespecting the flag of the United States of America or our country,” Brees said in an interview with Yahoo Finance.

"Is everything right with this country? No. We still have a long way to go," Brees said. "But I think that standing there and showing respect to the flag with your hand over your heart, it shows unity. It shows that we are all in this together, that we can all do better, and that we are all part of the solution."

RELATED: Drew Brees' comments blasted by teammates: 'You're part of the problem'

Brees was referencing the protest, led by Colin Kaepernick and followed by several others, that had players kneeling during the national anthem to protest brutality against minorities that often goes unpunished.

His remark immediately began to trend nationally and were met by waves of criticism. Saints players and other athletes across the country slammed Brees, including a Tweet from Marques Colston, Brees' former favorite target who said Brees was a part of the problem.

RELATED: What they're saying nationally about Drew Brees' comments

RELATED: Brees on kneeling during 2020 NFL season: 'I will never agree with anybody disrespecting the flag'

While his apology addressed at length his stance on racial justice and reform, Brees did not specifically mention the issue of kneeling in the statement. It's unclear if that stance has changed.

I would like to apologize to my friends, teammates, the City of New Orleans, the black community, NFL community and anyone I hurt with my comments yesterday. In speaking with some of you, it breaks my heart to know the pain I have caused.

In an attempt to talk about respect, unity, and solidarity centered around the American flag and the national anthem, I made comments that were insensitive and completely missed the mark on the issues we are facing right now as a country. They lacked awareness and any type of compassion or empathy. Instead, those words have become divisive and hurtful and have misled people into believing that somehow I am an enemy. This could not be further from the truth, and is not an accurate reflection of my heart or my character.
This is where I stand:

I stand with the black community in the fight against systemic racial injustice and police brutality and support the creation of real policy change that will make a difference.

I condemn the years of oppression that have taken place throughout our black communities and still exists today.
I acknowledge that we as Americans, including myself, have not done enough to fight for that equality or to truly understand the struggles and plight of the black community.

I recognize that I am part of the solution and can be a leader for the black community in this movement.

I will never know what it’s like to be a black man or raise black children in America but I will work every day to put myself in those shoes and fight for what is right.

I have ALWAYS been an ally, never an enemy.

I am sick about the way my comments were perceived yesterday, but I take full responsibility and accountability. I recognize that I should do less talking and more listening...and when the black community is talking about their pain, we all need to listen.

For that, I am very sorry and I ask your forgiveness.

New Orleans News from WWL - Apps on Google Play
Stay up-to-date with the latest news and weather in the New Orleans area on the all-new free WWL TV app. Our app features the latest breaking news that impacts you and your family, interactive weather and radar, and live video from our newscasts and local events.