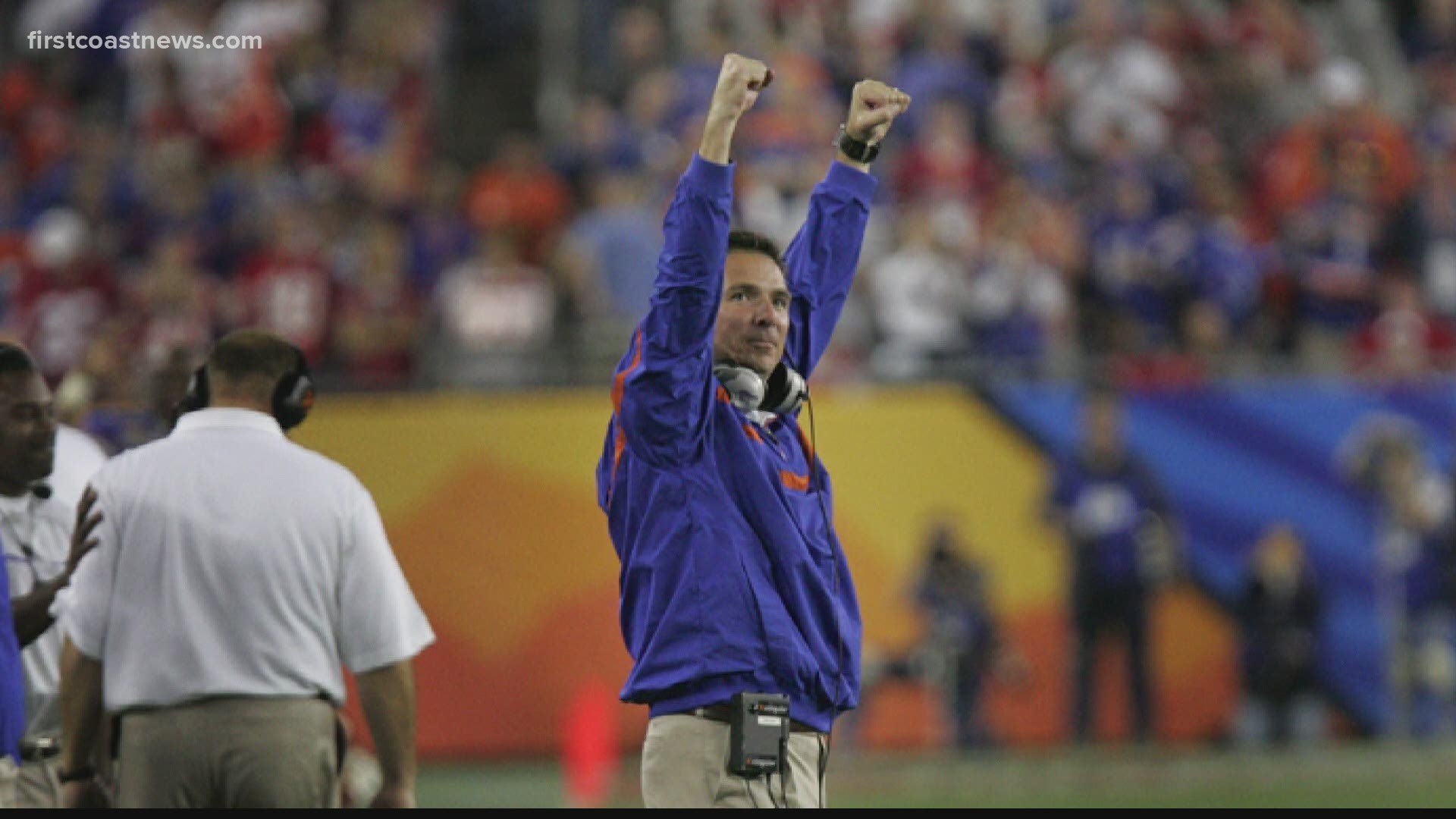 JACKSONVILLE, Fla. — Nearly two years after announcing his retirement from Ohio State, Urban Meyer has his next coaching job. On Thursday night, the three-time national champion head coach at the college level made the jump to the NFL, agreeing to a deal to become the new head coach of the Jacksonville Jaguars.

Jacksonville’s hiring of Meyer marks the return of one of football’s most famous coaches. Over the course of a 17-year coaching career at the college level that included stints at Bowling Green, Utah, Florida and Ohio State, the Ashtabula native and St. John High School graduate amassed a 187-32 record to go along with three national championships.

Citing health reasons Meyer announced his retirement from coaching following Ohio State's 2018 season. In seven seasons with the Buckeyes, he totaled an 83-9 record, including three Big Ten championships and the first-ever College Football Playoff championship in 2014. He has since continued to live in Columbus, working as both an assistant athletic director at Ohio State and college football analyst for Fox Sports.

In making the jump to the NFL, Meyer becomes arguably the highest profile former college head coach to do so since Jimmy Johnson left Miami (Fla.) to become the head coach of the Dallas Cowboys in 1989.

Coming off an NFL-worst 1-15 season, the Jaguars lay claim to the No. 1 pick in the 2021 NFL Draft, which they are expected to use on Clemson quarterback Trevor Lawrence. In total, Jacksonville possesses four draft picks in the first two rounds of this year’s draft.