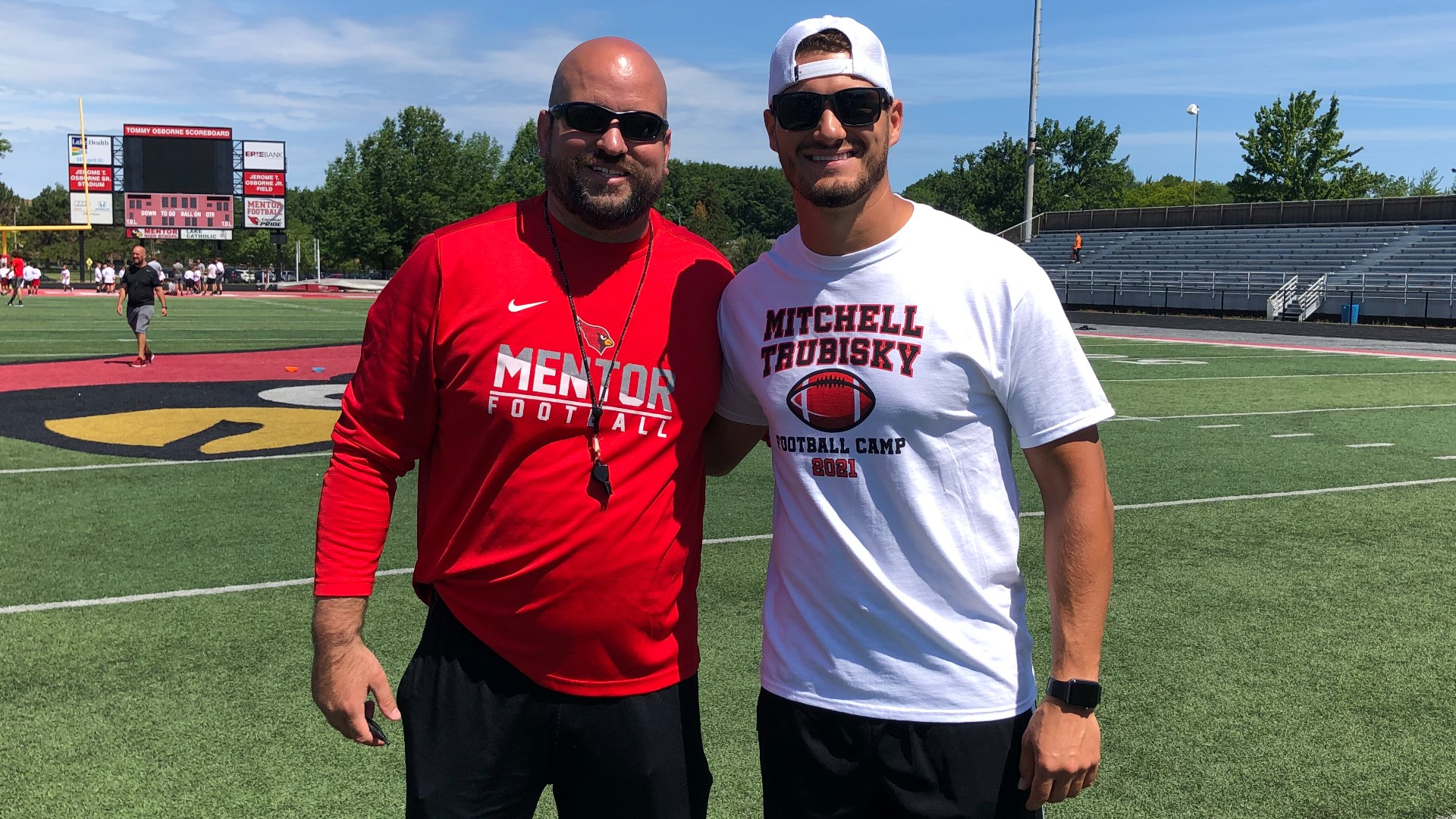 MENTOR, Ohio — For the first time in his NFL career, Mitchell Trubisky will spend a season playing for a team other than the Chicago Bears.

But before heading to Buffalo, where he signed a one-year deal with the Bills earlier this offseason, the No. 2 overall pick of the 2017 NFL Draft returned home to Northeast Ohio.

This week, Trubisky held his annual youth football camp at his alma mater, Mentor High School. The event, which ran from Monday to Wednesday, was attended by more than 170 campers from grades 1-6.

"It feels great, I always look forward to this week and coming back to my hometown in Mentor. This camp means so much to me. I love coming back, spending time with the kids, teaching them the fundamentals of the game and just having a fun week," Trubisky told 3News.

Coach Gray said it's important to teach the kids how to work and persevere and learn how to go through good and bad times.

Landen Pollock, who attended the camp, said his favorite part was everything and it was a good experience. Mitch told the kids to follow their dreams. Pollock added "I want to be a paleontologist."

Trubisky said he's thankful for all the parents who brought the kids to camp especially after the pandemic. "We had a great showing this year and I hope the kids had as much fun as I did," Mitch added.

You can see highlights from Wednesday's camp session in the video player above.

The winner of Ohio's Mr. Football Award in 2012, Trubisky ranked as a 4-star recruit and the nation's No. 1 dual-threat quarterback in the 2013 class, according to 247Sports.com. Over the course of his college career at North Carolina, he completed 67.5 percent of his passes for 4,762 yards, 41 touchdowns and 10 interceptions, including a 68 percent completion percentage, 3,748 passing yards, 30 touchdowns and six interceptions during a junior season in which he earned third-team All-ACC honors.

Entering the 2017 NFL Draft, Trubisky was considered one of the top quarterback prospects and was ultimately selected by Chicago with the No. 2 overall pick. Over the course of four up-and-down seasons with the Bears, the now-26-year-old found varying degrees of success -- including a selection to the 2018 Pro Bowl -- before signing as a free agent with Buffalo, where he will back up 2020 second-team All-Pro selection Josh Allen.