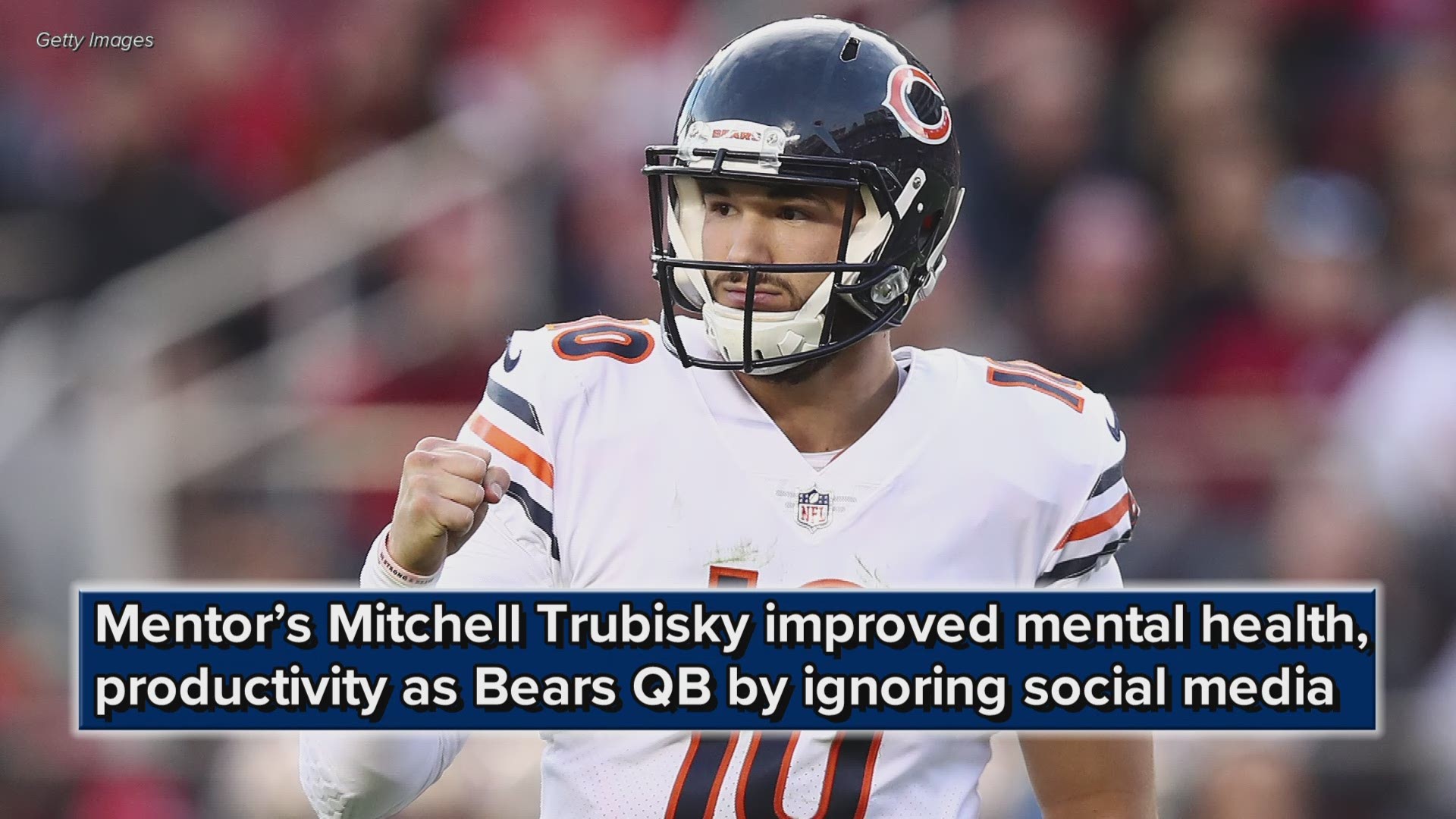 CLEVELAND — The 2019 season has not gone how Chicago Bears quarterback and Mentor, Ohio native Mitchell Trubisky would have liked, and he wants the organization to go the extra mile to prevent outside criticism from distracting the players.

Prior to Wednesday’s practice, Trubisky said he wants the televisions turned off inside Halas Hall to keep away the criticism from the struggling Bears, who are 3-5 and in fourth place in the NFC North Division at the midway point of the season.

“Trying to get some of these TVs in the building turned off because you’ve got too many people talking on TV about us and what they think about us -- what we should do, what we are and what we’re not,” Trubisky said, according to ESPN.

A Pro Bowl quarterback in 2018, Trubisky has struggled with consistency and production for much of the 2019 season.

In seven starts for the Bears, Trubisky has completed 136 of his 216 attempts (63 percent) for 1,217 yards and five touchdowns against three interceptions while taking 17 sacks for 109 lost yards. Currently, Trubisky is on pace for single-season career highs in sacks and lost yards.

Additionally, Trubisky has rushed for 46 yards and three first downs on 11 carries.

Trubisky will look to get the Bears going in the right direction when they host the Detroit Lions (3-4-1) at Soldier Field Sunday.