The Greater Cleveland Sports Commission announced on Tuesday that the 2021 NFL Draft will take place from April 29-May 1, 2021. 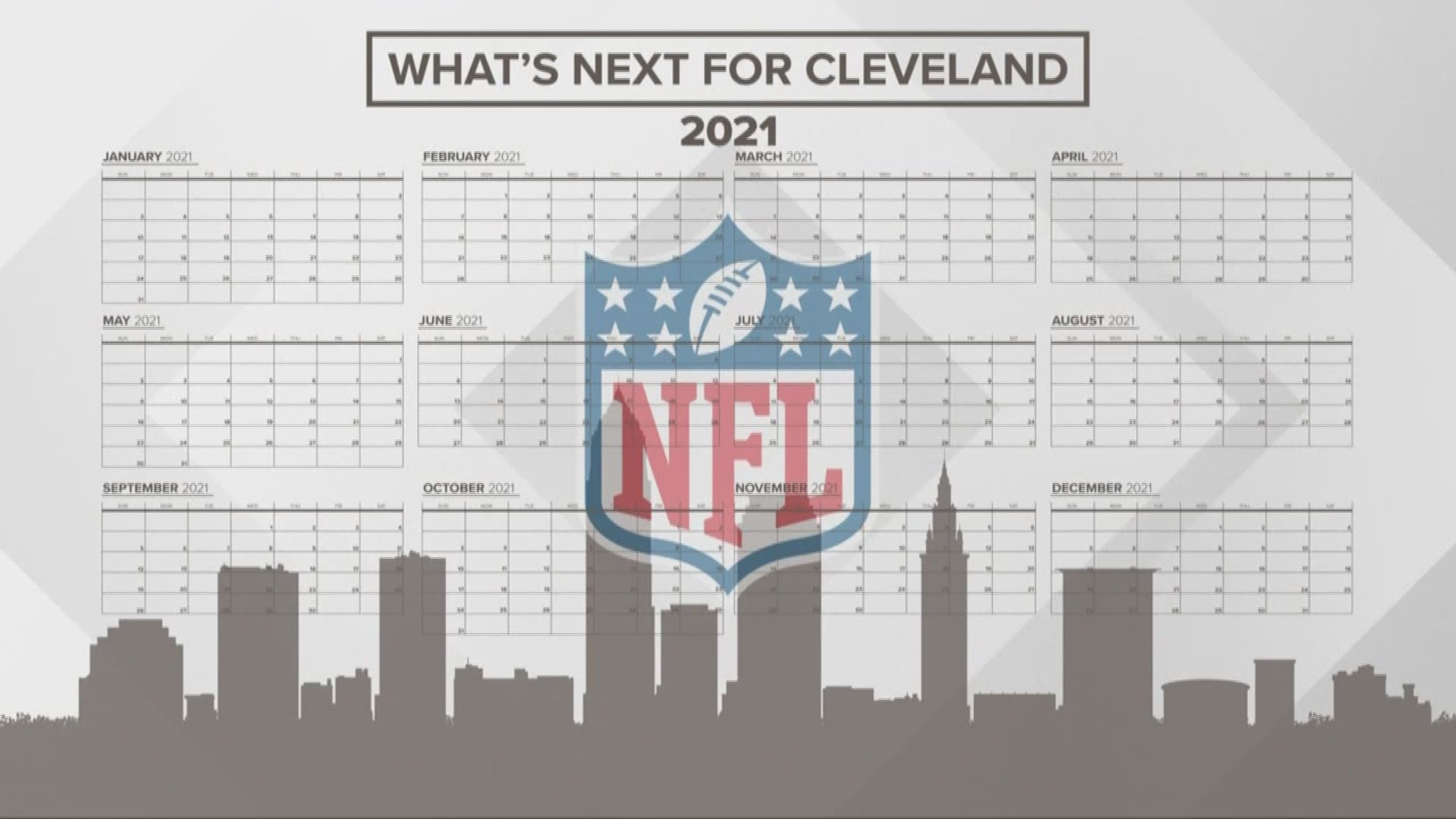 We've known for nearly a year now that the 2021 NFL Draft would be held in Cleveland.

Now we know exactly when it will be.

On Tuesday, the Greater Cleveland Sports Commission announced that the 2021 NFL Draft will be held in Cleveland from April 29-May 1, 2021. While an exact location for the event has yet to be announced, a press release states that the 2021 draft will "bring NFL fans together at iconic locations around FirstEnergy Stadium and the Rock & Roll Hall of Fame to celebrate the game of football."

“We’re excited for Cleveland to ‘Rock The Clock’ as the host of next year’s NFL Draft and NFL Draft Experience – assuming large gatherings can take place without compromising the well-being of participants,” said David Gilbert, President and CEO of Greater Cleveland Sports Commission and Destination Cleveland. “We, along with our partners at the NFL, the Cleveland Browns and the City of Cleveland, are steadfast in our commitment to ensuring the health and safety of all spectators and participants. We’re working tirelessly to make this the best Draft event yet – for the NFL and its fans as well as for the Cleveland community.”

“The NFL Draft is an international celebration for our entire league and all sports fans, and we look forward to hosting the event, highlighting our city and continuing to share Northeast Ohio’s passion for football in 2021,” said Dave Jenkins, Cleveland Browns Executive Vice President and Chief Operating Officer. “Throughout the process, our local partnership and the NFL have focused on providing an exceptional experience for everyone in Cleveland, and prioritizing everyone’s safety and well-being is always a core component to achieving that goal, no matter the event or circumstance.”

“We successfully brought to life the first virtual NFL Draft last week, and we are now very excited to work with Cleveland to incorporate some of the innovations and special access from 2020 into our planning for 2021,” said Peter O’Reilly, NFL executive vice president of Club Business & League Events. “We look forward to partnering with the Browns, the City of Cleveland, Greater Cleveland Sports Commission and Destination Cleveland to create a memorable celebration of football for such a passionate fan base and community.”

Cleveland officially won the bid to host the 2021 NFL Draft at last year's Spring League Meetings in Key Biscayne, Florida. The 2020 NFL draft had originally be scheduled to take place in Las Vegas, but was ultimately held remotely due to the coronavirus (COVID-19) pandemic.

During last week's first round, NFL commissioner Roger Goodell announced that Las Vegas will instead be hosting the 2022 NFL Draft. Kansas City, meanwhile, will host the 2023 NFL Draft.