It's "full steam ahead" for local organizers who say plans are taking shape for a live, in-person event April 29-May 1. 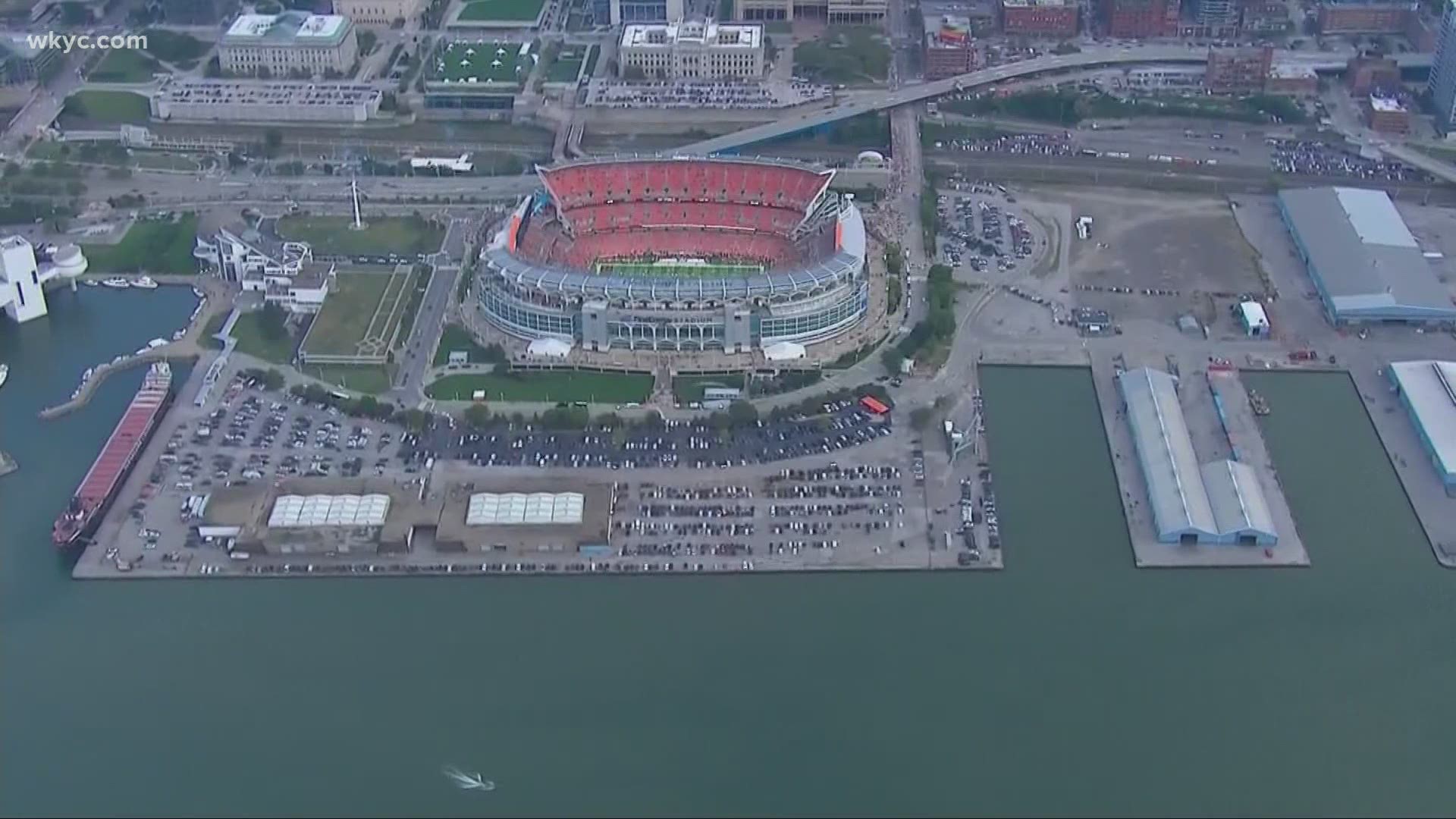 CLEVELAND — Now that Super Bowl LV is in the books, the National Football League and the city of Cleveland are focusing on their plans to hold the 2021 NFL Draft as a live, in-person event, following the virtual draft that was held last year due to the pandemic.

"It's full steam ahead," said David Gilbert, President and CEO of the Greater Cleveland Sports Commission. The commission communicates multiple times each week with the NFL's planning committee to organize the dozens of groups facilitating aspects including site preparation, volunteers, financing, security, marketing, along with health and safety.

Organizers hope to learn from what worked -- and what didn't -- as Tampa hosted the Super Bowl, which health experts feared would become a coronavirus "super spreader." Images before and after the game showed inconsistent mask-wearing and social distancing by crowds of fans.

"No matter what, there are lessons to be learned, good and not so good, about what happened down there," said Gilbert, who says the health and safety of fans will be a priority, and expects masks to be mandated and enforced, similar to the strict rules that crowds follow at Disney World.

Demolition is complete just north of First Energy Stadium, where the city razed two former Port of Cleveland warehouses, in order to create more waterfront space for NFL-related events. Organizers expect to use a large footprint along the lakefront, including most of North Coast Harbor, the areas around the stadium, Rock and Roll Hall of Fame, and Great Lakes Science Center.

"Whatever crowds are there, and what they spend in our community could ultimately be more meaningful for the survival of our hotels and restaurants to make it through this pandemic," said Gilbert.

Several high-end downtown hotels are already sold out April 29-May 1. The Kimpton Schofield hotel showed a few rooms available for more than $500 per night, compared to just $149 to book the same room the week before.