Jay caught up with his former ESPN colleague who is in Cleveland to cover the 2021 NFL Draft. 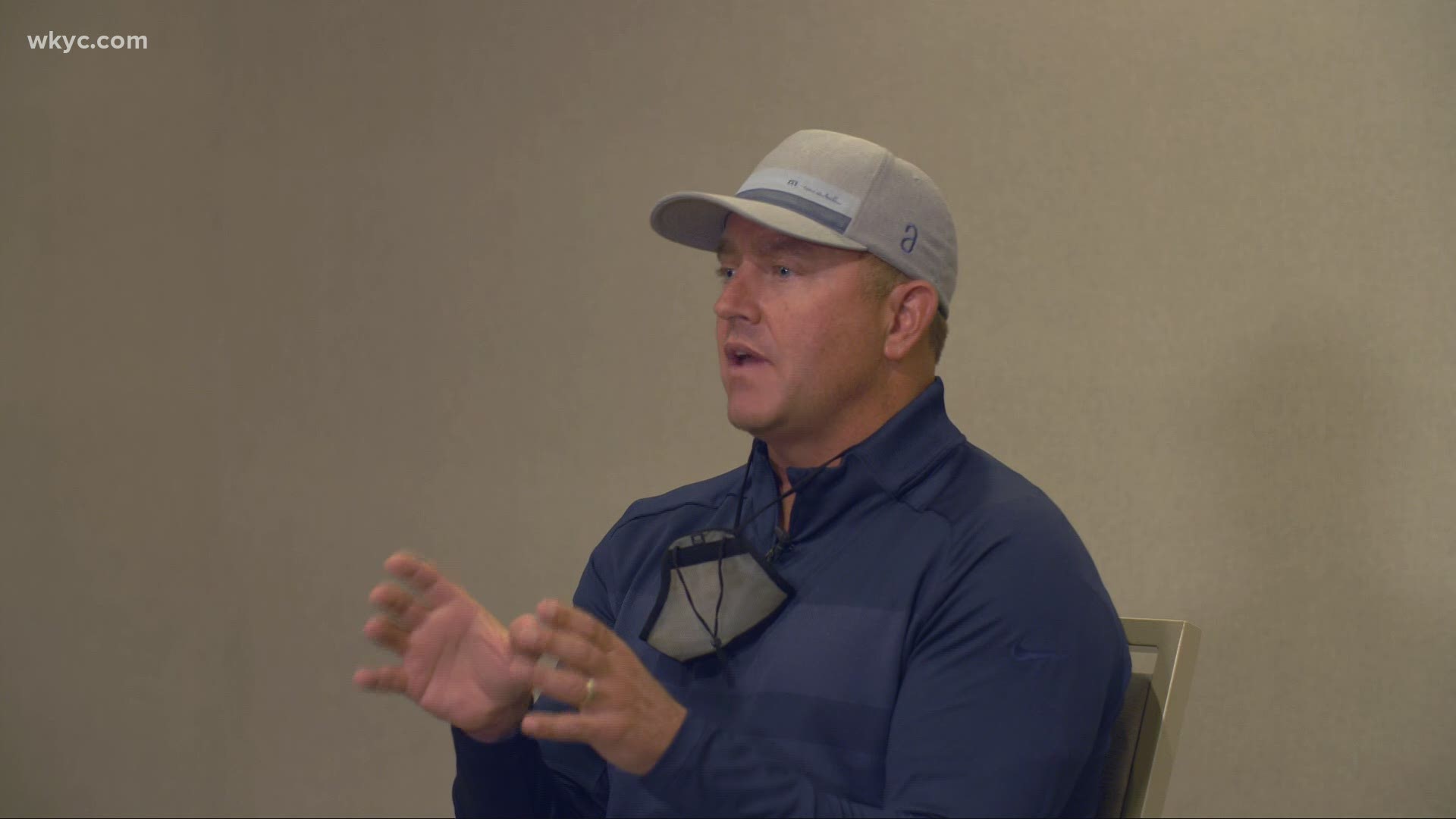 CLEVELAND — Kirk Herbstreit has become the gold standard of college football analysts during his career at ESPN. The former Ohio State quarterback and native of Centerville is back in the Buckeye State this weekend as part of ESPN and ABC's coverage of the 2021 NFL Draft in Cleveland.

Herbstreit took a few moments out of his busy schedule to catch up with his former colleague at ESPN, 3News' Jay Crawford, to talk about being back in Ohio, the draft, and much more.

"This city (Cleveland) has so much to offer and I think the NFL is smart to come in here," Herbstreit told Jay. "We're supposed to have 50,000 people around the set and around the stage, which is great. It gets us one or two steps closer to getting back to what we all want to see."

When asked for his assessment of the Cleveland Browns, Herbstreit points to the drafting of quarterback Baker Mayfield as the key moment where things started to come together. "He's a Cleveland kind of guy, he just needed to get some stability and consistency. He has that now with Kevin (Stefanski) and you can build the pieces around him to go to another level. If I were a Browns fan, I'd be thinking this is the best position they've been in an offseason than really I can remember."

You can hear more from Herbie, including his thoughts on the Browns' roster, watching players he's covered in college turn professional, and more in the full interview.

You can watch the full-interview below: